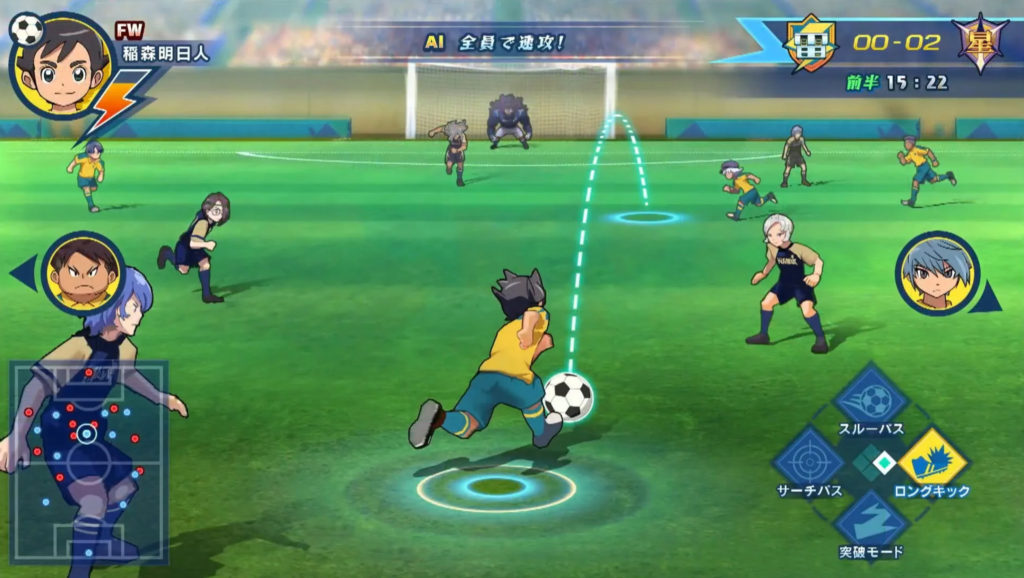 Due to the more controlled access to video game developers by the press within Japan, it ends up being very rare that the public hears about any problems that crop up during a game’s development. It’s much less likely for employees to speak anonymously with the press too, making stories such as the reporting from Kotaku regarding western studio Rockstar’s overwork and overtime pressures for its employees, despite this also being an issue in Japan too. As a result, it’s very rare that any issues about a Japanese studio or game will ever come to light.

Which makes a recent livestream from Level-5 president Akihiro Hino rather unusual. On Christmas Day, a special 15-minute long live stream featuring Hino was broadcast on YouTube, providing fans with an update on the current state of Inazuma Eleven Ares’ development. In it, he spoke of the issues that have followed the game throughout development and noted the game will be delayed once again and likely not see a release before May 2019.

During the stream, he explained what had caused a breakdown in the game’s development, despite the game having initially been planned for July 2018. While the game had been mostly developed internally, Level-5 enlisted help from an unnamed third party developer to help finish development due to a lack of time. However, despite this unknown studios assurances, they lacked the resources and people required to help complete development in a timely manner and to the standard expected. Hino insisted that they were told that this would be possible and were unaware of these issues until much later.

Following this, Level-5 decided to rebuild the game after adding many of their own staff to the project, while also collaborating with a different studio to the one they had initially contracted to help with the game. With the amount of work still required to finish the title, a release in the first half of the year is unlikely.

With a new anime having launched that this game was supposed to tie into that has now long since established itself and seen its plot develop radically, this has led to questions about whether the content of the game will be outdated before its even released. In regards to the new anime’s story, it is possible elements of this could be later added to Ares as DLC. This issue also means that the title of ‘Inazuma Eleven Ares’ may no longer be the final name for this game.

This live stream gives us a rare glimpse behind the curtain of when things go wrong in the Japanese game’s industry. It’s likely that such a story isn’t unique in the industry in the country, but due to many Japanese developers announcing titles much closer to their planned release dates alongside the potential backlash from admitting such issues, it’s rare to hear about such a story so openly.

Of course, it does have to be considered that this stream was officially managed by Level 5 and the decision to disclose this information was that of the studio itself. It is very much a conscious decision to be sharing these issues with the public. This also likely omits certain details that may suggest a fault on a Level 5’s end by shifting it towards the unnamed contractors. Even from just this information, it could be argued that more vetting into the contracted studio should have been conducted to pick up on the fact that they would be unable to help with the completion of this project.

Yet in spite of this, it still makes this a rather unique and intriguing look at games development gone wrong, while assuring people who are excited for the eventual release of this new Inazuma Eleven title that it is still on the way. The situation is likely a frustrating one for fans and Level 5 alike, due to the new anime series and game being a grand return for Inazuma Eleven after taking a brief hiatus.

To not leave fans completely devoid of new information on the game, Hino did share some brand new artwork for the game which can be found below. The title is set for release on Nintendo Switch, PlayStation 4, iOS and Android on an unknown date after May 2019.