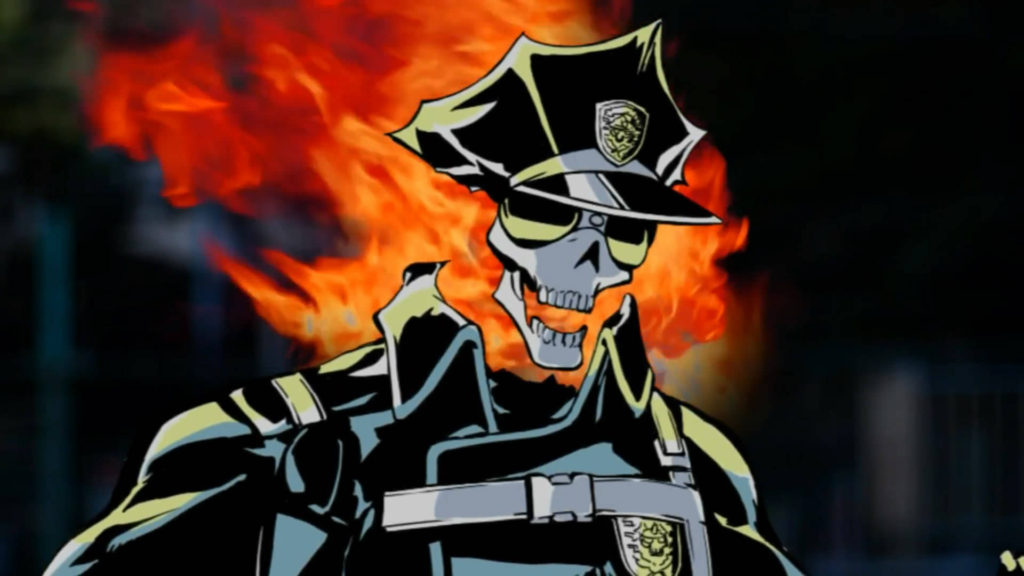 While some might argue that anime has been on a gradual decline over the past decade, there’s a strong chance that’s all about to change. In a somewhat shocking announcement from Studio Trigger that took place at AnimeNEXT in New Jersey, it was announced that Inferno Cop would be receiving a second series. What is possibly one of the greatest animated shorts, which happens to be by one of my favorite anime studios, will be making it’s triumphant return in the name of justice.

Inferno Cop 2 will likely follow that same degree of insanity that the first series defined itself by, making for one wild adventure through hell and back. While not much is currently known as of right now, it has been reported that Yoh Yoshinari (FLCL, Gurren Lagann, Neon Genesis Evangelion) will be directing the second series’ first episode. The official Twitter for AnimeNEXT initially broke the news: While not much further information is known about the upcoming series, we’ll be sure to keep you up to date regarding any further announcements. Until then, be sure to check out the series’ first season made available for legal streaming through Anime Bancho’s official YouTube channel below: