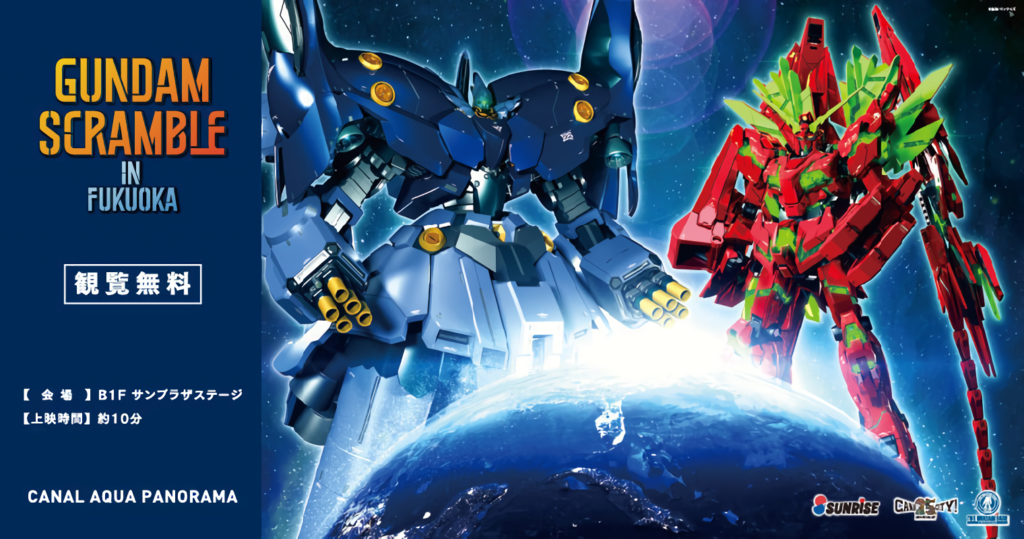 Zero-Ten shared new information about Gundam Scramble in Fukuoka, an event that is part of the Gundam Docks at Fukuoka in Canal City in Fukuoka that is slated to kick off on 24 April 2021 and run through 30 May 2021. 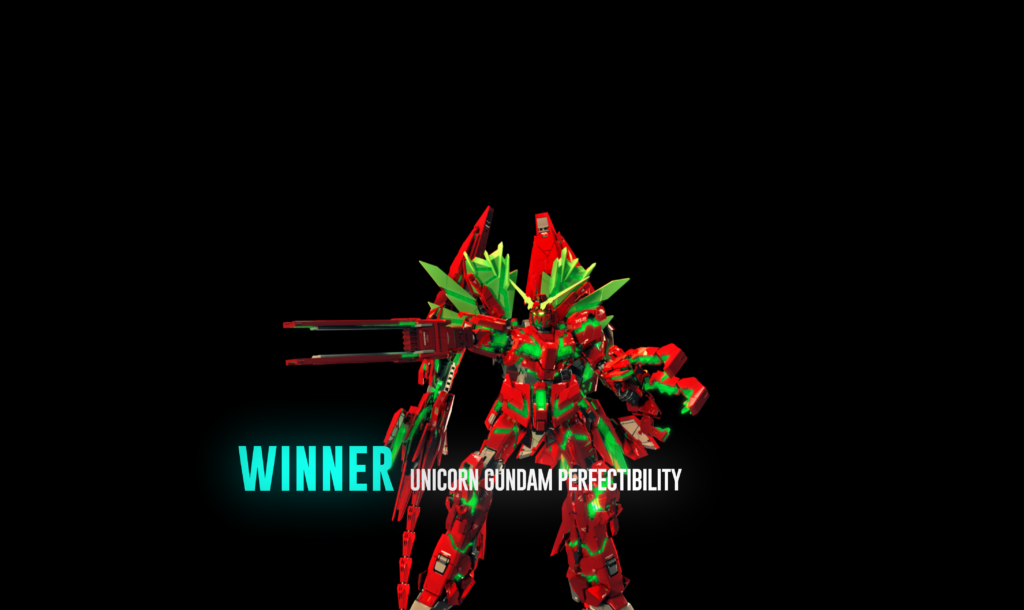 Zero-Ten issued a press release today about the upcoming event and shared some pretty awesome information:

The ‘Canal Aqua Panorama’ is a new type of ‘fountain x music x light x video’ entertainment that utilizes Japan’s largest 3D projection mapping video equipment that projects onto the facility’s 2,500-inch walls and glass surfaces, with lighting and sound equipment equivalent to that of a concert hall, and seven different fountains including a water-screen. This portion of the event is based on the concept of ‘What if Mobile Suits appeared in our city…’, a concept that every Gunpla and Gundam fan has imagined at least once.

The setting is the streets of Fukuoka, Hakata, and other parts of Kyushu. Against the backdrop of the cityscape we live in on the giant screen, almost life-size Mobile Suits from this work will appear in a powerful battle. At the end of the show, the winner of the final battle will be decided by the participation of the audience. Please come to the venue to experience the exhilarating visual quality.

Another awesome thing about this event is that the outcome of the battle is decided by the viewers through a web app that visitors can access from the event’s homepage.

The concept of Gundam models being projection-mapped on a massive 2,500-inch wall is absolutely mind-blowing and something that I wish I lived closer to Fukuoka to go see for myself. The event costs nothing to participate in and will be running three times per day at the Gundam Docks at Fukuoka event.

other William Moo 9 hours ago