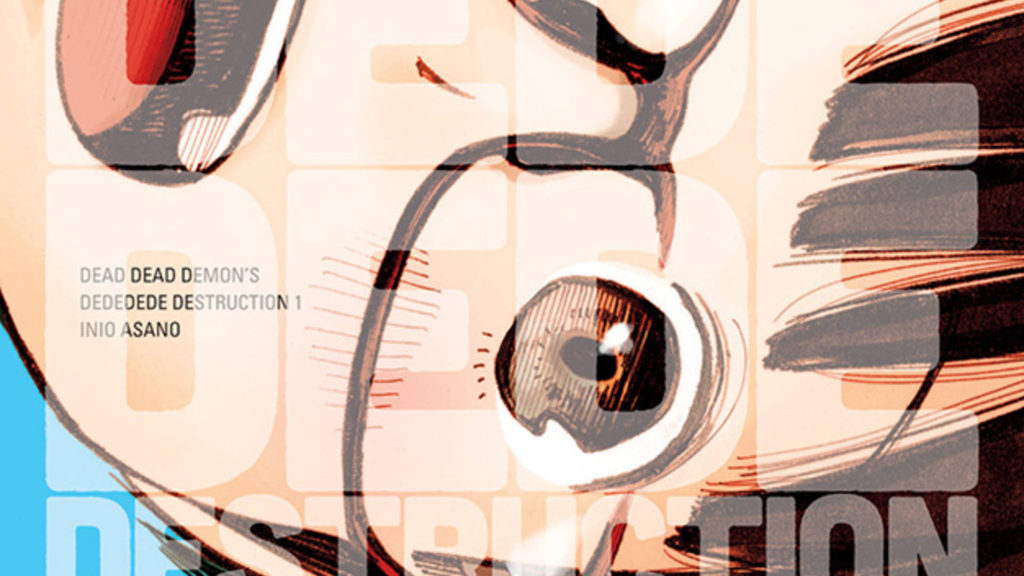 VIZ Media has today announced that they’ll be bringing Inio Asano’s incredible DEAD DEAD DEMON’S DEDEDEDE DESTRUCTION to North America on April 17. The latest series from Eisner-nominated mangaka Inio Asano, perhaps best known internationally for his emotionally-driven works such as Oyasumi Punpun and Solaris, takes readers on a whirlwind journey through the minds of Kadode Koyama and her best friend.

The series has been at the forefront of my attention for a period of time now, and I’m more than grateful I’ll be able to pick up VIZ Media’s release over here in Tokyo. Priced at $14.99 in the United States for the first volume, the series will also be available via the VIZ Manga App, as well as a number of digital marketplaces. VIZ Media has also shared that volumes will be released quarterly, with Amazon Japan currently listing Volume Two to release July 17 and Volume Three to release October 16.

The series synopsis can be found below:

In DEAD DEAD DEMON’S DEDEDEDE DESTRUCTION, the Japan Self Defense Forces are still looking for a way to combat the looming alien threat three years after the invasion, but so far conventional weapons have no effect on the mother ship. Maybe it’s time to try something unconventional. Meanwhile, Kadode Koyama is in high school. She and her best friend avidly track the aliens’ movements on social media and less enthusiastically study for college entrance exams. When the end of the world is overhead, you learn to take it one step at a time.

It’d be an understatement to say that within the young adult manga world here in Japan, Inio Asano is one of the greats. His works have a surreal way of pulling you into this alternative reality, telling a story that seems painfully real despite everything going on in his pages. If you’re yet to check out any of his other works, and simply can’t wait for DEAD DEAD DEMON’S DEDEDEDE DESTRUCTION to release, I’d have to recommend Oyasumi Punpun which VIZ Media has also released internationally.

If you’re interested in digging further into Inio Asano’s world, be sure to check out our full archive, here. Additionally, you can find further information about the upcoming release via VIZ Media’s official website.