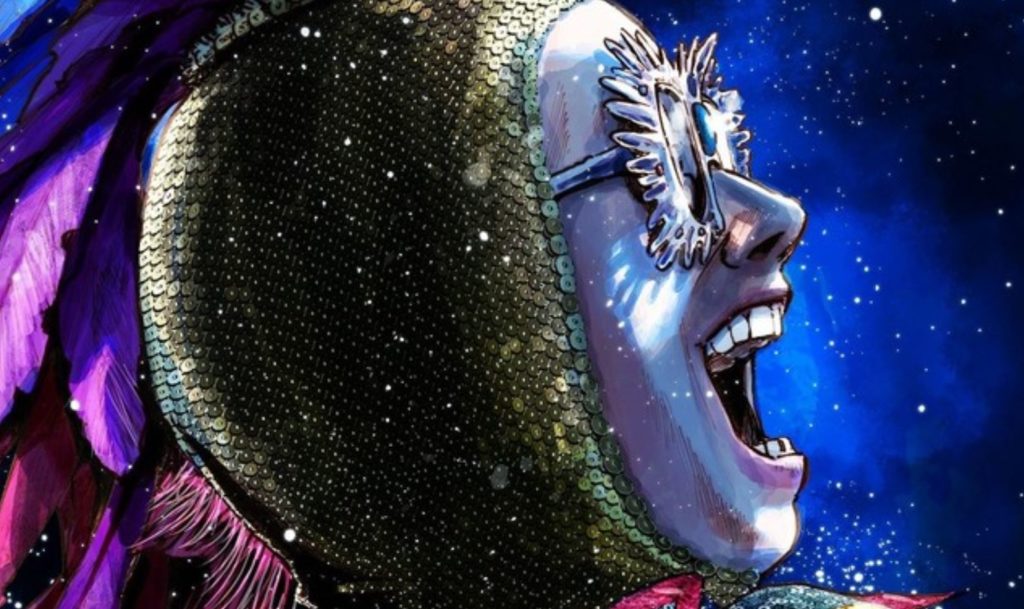 Well, here are two names that I in a million years could not imagine coming together. Famed Goodnight Punpun mangaka and frequent Dempagumi.inc collaborator Inio Asano was tapped to create a poster of Sir Elton John for the Japanese release of his biopic film Rocketman. Artist Yuki Kodama, most well known for Kids On The Slope which was adapted into an excellent TV anime by Shinichiro Watanabe, was also asked to create an illustration. The film’s been out in other parts of the world for some time but only hit Japanese theaters on August 23. Some have called it an Oscar contender, so it’s not a surprise it’s getting additional fanfare. 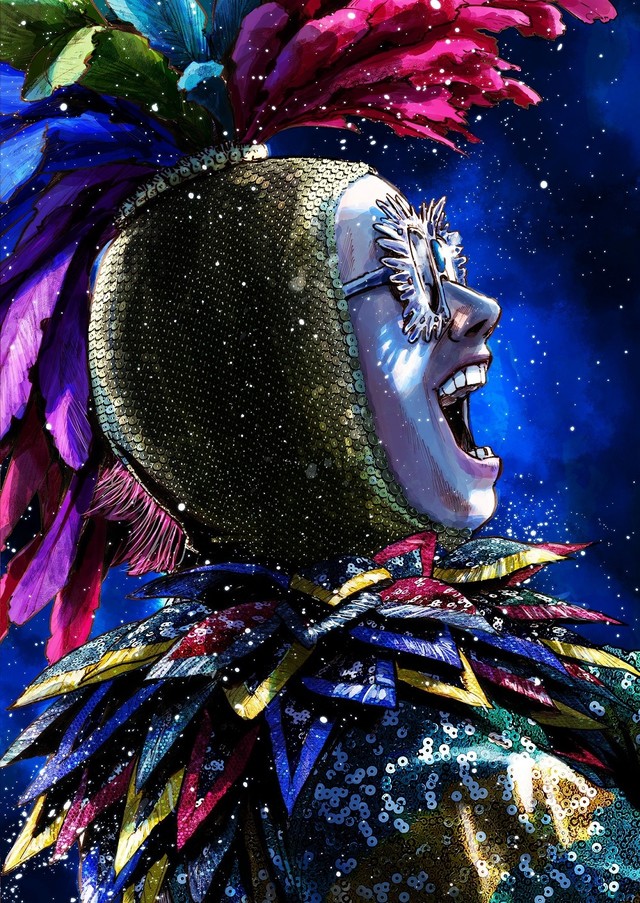 Interestingly, at first glance, unless you’ve seen the film or are just a big enough fan of Elton John to intimately know each of his outfits, you wouldn’t recognize the illustration. In fact, you might not even be sure it was Inio Asano who more regularly draws girls, and over recent years, has added touches of moe to their art. That said, this is a stuning piece. I really like the digitally textured sequins on the outfit and the lighting on Elton John’s already expressive face is brilliant. Here’s a comparison of the outfit in the film. 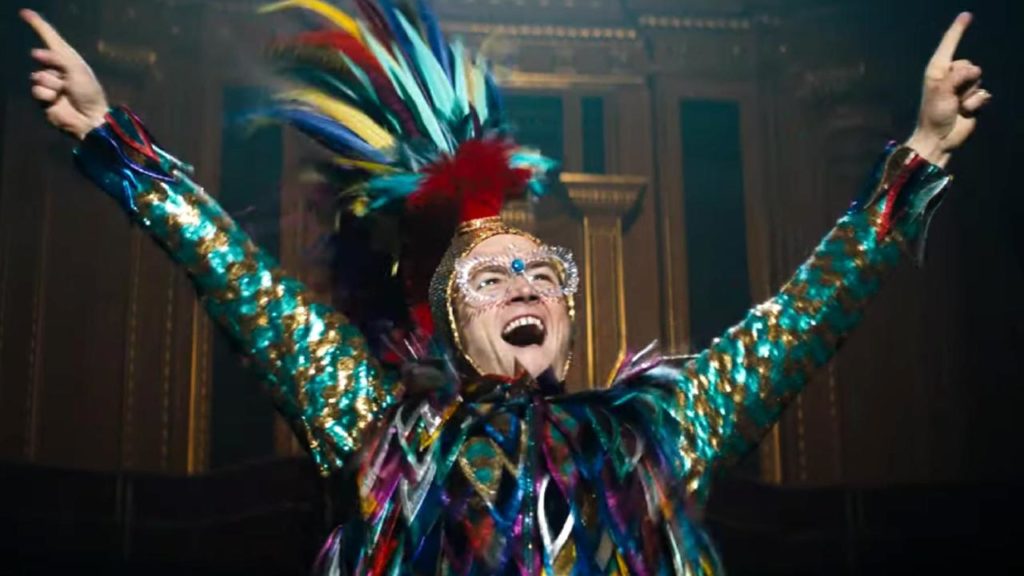 Listen, while we’re on the topic of Inio Asano, I’ve got to come clean on something — I’m less preferential to Goodnight Punpun than many of my co-writers. With that being said, I’m a huge fan of his older works such as Solanin and Nijigahara Holograph. One of my greatest criticism’s of Goodnight Punpun is that, unlike his other works, the art feels less sequential and more frame-for-frame as if I was looking at the Instagram feed of a high schooler. With that being said, I do believe Asano to be an incredible illustrator; case in point, his work on this Sir Elton John poster. I don’t know if I’d read a Asano penned manga about the British singer-songwriter, but he certainly does an excellent job capturing the Rocketman essence.

You can watch Rocketman anywhere in the world now, and Goodnight Punpun, as well as Asano’s newer Dead Dead Demon’s DEDEDEDE Desctruction, are available via Viz Media now.