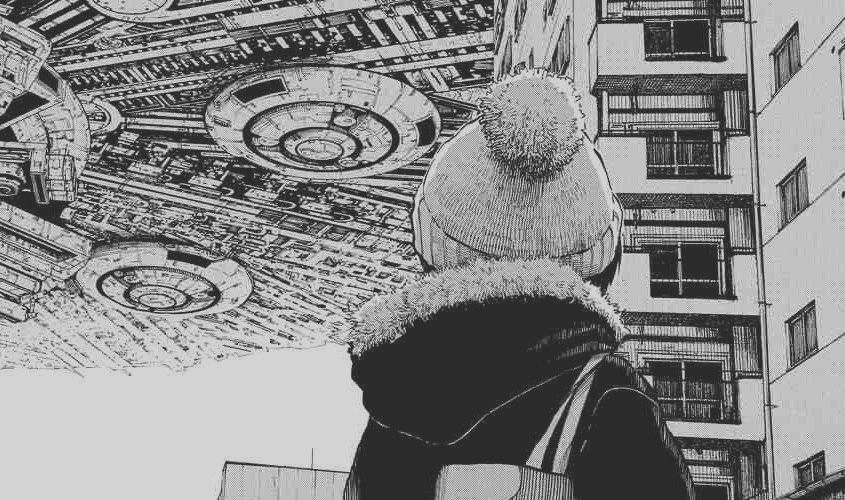 You know an Inio Asano work when you’re reading one. The moral depravity, the beautiful illustrations, and the introspective turns that eat at your heart, Asano makes manga that speaks to the self-conscious and the unsatisfied. Seemingly obsessed with the difference between adolescence and adulthood, they routinely create works that delve into the guts of the psyche, and could easily double for twisted takes on coming of age stories.

In the mid-2010s Goodnight Pun Pun set certain vestiges of the internet subculture to a flame, gaining extreme popularity on Tumblr on the like in a short period of time. While a couple of works of theirs had been published in the states in the mid-00s, this renewed passion for Asano has led to many of his significant works finally being made available in English.

Why Inio Asano’s Art Stands Out

What gives Asano’s stories their signature quality is the contrast between the darker sides of human emotion they often sink into and the absolutely gorgeous art that depicts it. Both their fashionable character design and their background art, often photos that are digitally edited and then inked over by hand are instantly recognizable, leading to Asano’s secondary career as an illustrator for bands, novels, and ads.

There’s such a gloss over their works that they almost come off as having that perfect Instagram filter on them, despite just being black and white on the page. Even with their recent Dead Dead Demon’s Dededede Destruction purposefully going for more cartoonish characters, each page looks like a dream.

Their Books Get Nice Physical Editions

With Inio Asano’s art looking so damn good on the page, at least speaking stateside, their works tend to get printed in really nice editions. The oversized Fantagraphics edition of Nijigahara Holograph is simply beautiful and would be a welcome addition on the shelf of any art-minded graphic novel reader.

Viz Media has also made a point of using larger trim size for all of their Asano releases and those Pun Pun omnibus editions really are the best way to read the series. Works both new and old receive the deluxe treatment from publishers, acting as a testament to their cult figure status.

Inio Asano has been making manga for 20 years now and does plenty of promotional illustration on the side. They’ve racked up quite the oddball bibliography over the years and have built up a cult audience doing so. If it wasn’t already clear from the rest of this article, the works of Asano aren’t going to appeal to all readers.

For instance, people who only read battle manga are going to want to steer clear, but if you’re looking for a series that speaks truth to life and makes you feel bad in the good way here’s some recommendations.

Still more commonly referred to by its Japanese title Oyasumi PunPun by fans, Goodnight Pun Pun is Asano’s most well-known series, certainly their longest too. The 13 volume manga centers around the exploits of the young Pun Pun from his childhood days to young adulthood.

The gimmick? He and his family are depicted as cartoon birds in this otherwise lavishly illustrated intensely dark comic. With themes of abuse, mental illness, and raw sexuality the comic certainly isn’t for everyone however its fans tend to really do love it.

Solanin was an earlier work of Asano’s and if you want to get technical it’s a little rough around the edges. As an artist, they had yet not to finalize their signature radiant technique but that lack of polish gives Solanin a more realistic edge compared to most of their other work.

The story follows a small group of semi-recent college graduates as they begin to understand and struggle with what adulthood actually entails. After making some abrupt changes, couple Taneda and Mieko try to find some meaning and passion. Relatable to many, we think.

If you’re looking for a quick taste of Asano with much of the sublime essence of their modern work but don’t want to read 13 volumes to get it? Nijigahara Holograph scratches the Inio Asano itch pretty well.

Serialized at the same time as Solanin albeit, at a slower schedule, it seems the author used Nijigahara Holograph as more of an artistic playground compared to Solanin’s stronger narrative focus. Following a non-sequential story about a group of classmates who essentially sacrifice their classmates and are trying to live their lives after, Nijigahara Holograph cuts to the quick.