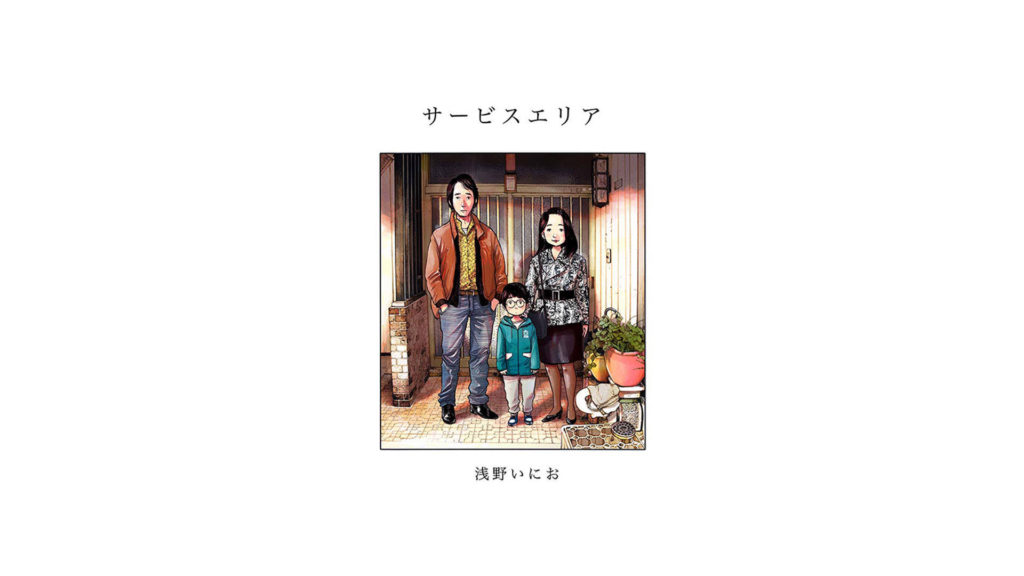 Inio Asano just dropped his latest manga series Service Area on NHK’s Domo, Manga Desu web-service, and its first chapter is now available to read (in Japanese) online. This comes just days after we shared that the creatives collaboration with Dempagumi.inc had finally released, something I’m completely okay with. Anime News Network caught the scoop initially and provided an English-language translation of the series synopsis, which can be found below:

The manga centers on Shuhei Wakatsuki, a man who lives and works in Tokyo. On New Year’s Eve, he decides to take his girlfriend and her son to his old home to see his parents. While driving, memories of his father, with whom he had never gotten along, begin to surface. When they arrive at his parents’ house, he and his father silently sit down to watch a New Year’s TV show together and begin to talk.

Following the usual moody theme presented in Inio Asano’s works, it’ll be exciting to see where this manga ends up going. Following in the footsteps of incredible works such as Oyasumi Punpun and Solaris, while also filling the void made by Dead Dead Demons Dedede Destruction being on hiatus, we’ll certainly be keeping our eyes on Service Area.

For those of you interested in checking out the series, it can be found via NHK here.