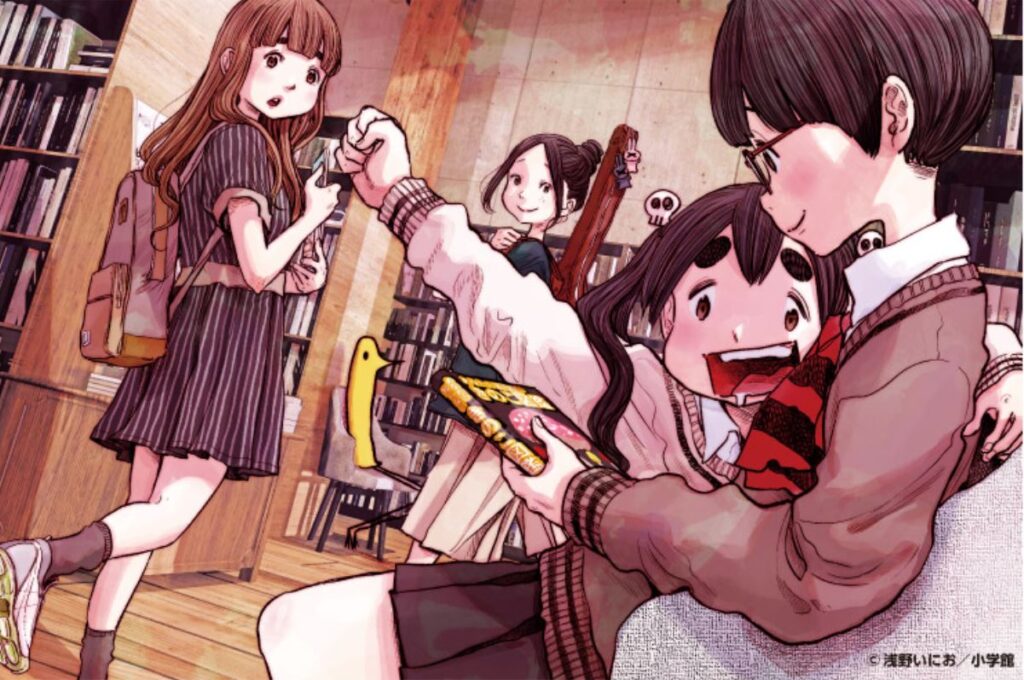 Inio Asano gets around for someone who isn’t a quote-unquote mainstream creator. Their heavily introspective and often bleak works tend to attract a certain type of person but it’s not Asano’s penchant for exposing our ugly underbellies alone that’s made them such a hit. Regardless of how you feel about those kinds of stories, Asano’s also an incredible artist that’s lead to a rich secondary career doing a lot of non-comic illustrator work. Novel covers, full-fledged exhibitions, and promotional work, Asano has particular clout in the illustration world. No wonder the bookstore branch Tsutaya has tapped Asano for a merch line that merges their passions. 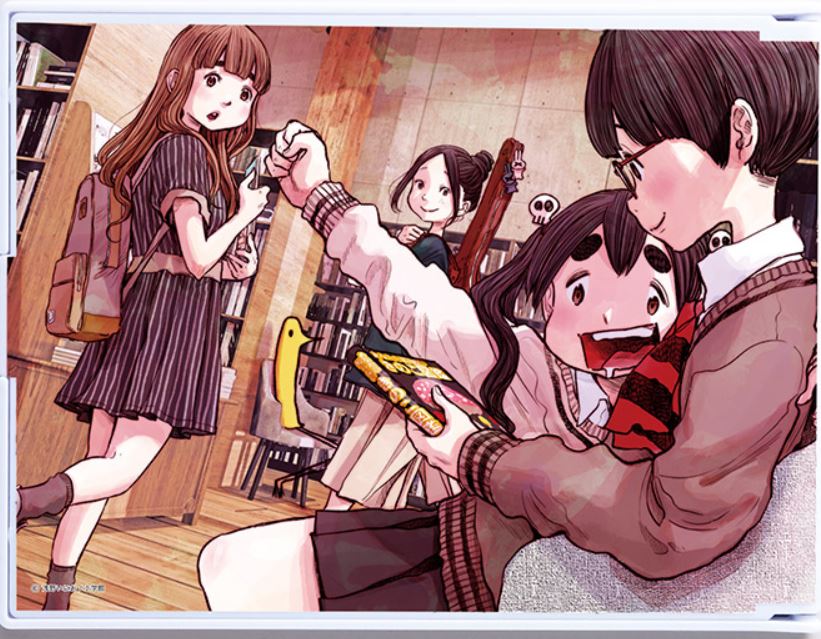 The central component to the Tsutaya x Inio Asano merch line is this brand new illustration they created just for the project. It features the cast of Dead Dead Demon’s Dededede Desctruction and the titular Pun Pun from Goodnight Pun Pun killing time at a bookstore. You can get this image on a water bottle, a compact mirror as pictured above, and even a fabled T Point Card, useful in many places! A few exclusive posters using other prints will also be available, but Pun Pun fans should be particularly excited because they’ll also be able to pick up a hand band and watch that features a tasteful illustration of the little bird boy that could be applied to some pretty decent looks! 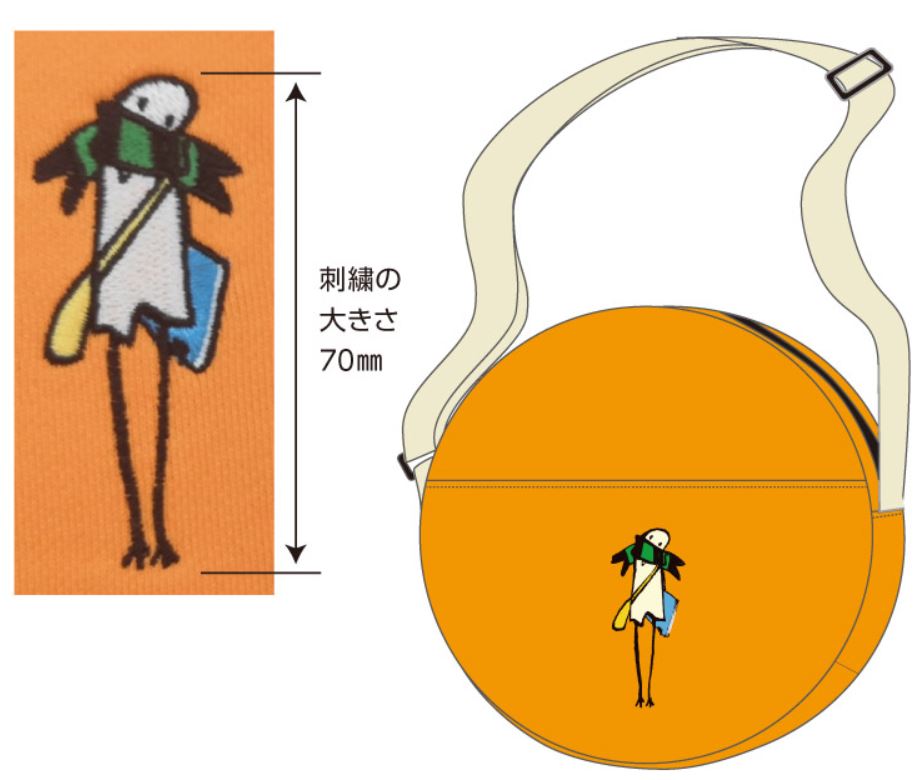 In case you’re unfamiliar, Tsutaya is a particularly large bookstore chain that also delves into DVDs and CDs at some location. Probably the most famous one sits smack dab at the end of the iconic Shibuya Crossing Scramble and serves as a convenient meeting spot for when Hachiko’s too crowded. Them getting Inio Asano to exclusively release some merch through is smart business and we wouldn’t be surprised if this colalb sells out sooner rather than later.

You can buy the Tsutaya x Inio Asano goods starting on August 25.