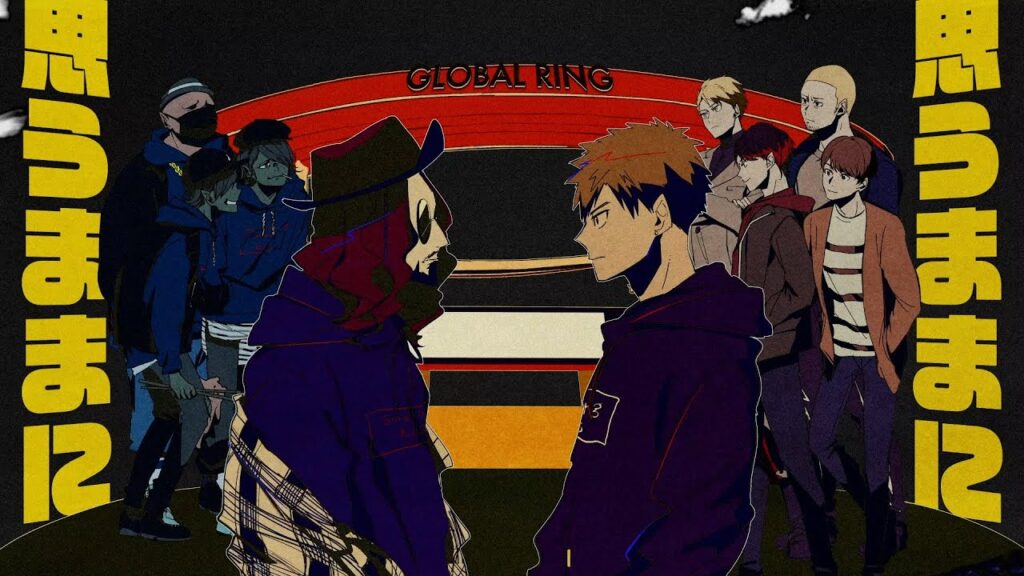 After attaining modest fame in Japan’s indie underground, rap rockers INNOSENT in FORMAL are preparing their transition into the mainstream. Two of their songs, “after song” and “Omou mama” have been used for the anime adaptation of the mystery novel series Ikebukuro West Gate Park. The latter of the two even got its own 3DCG’d music video a few weeks ago. Now they’re following that up with a second version in the form of a crisp, 2D-animated music video.

The two music videos were made to promote both the anime and INNOSENT in FORMAL’s upcoming mini-album INNOSENT 2-How to spend the night-. This eight-song EP will be the band’s major debut, with a release slated for December 16. To further harken the band’s arrival into the mainstream, “after song” will be played sometime on the pop radio station J-WAVE 81.3 FM later today.

Billed as a “Japanese-made Gorillaz” on their website, INNOSENT in FORMAL started out in 2017 as a four-piece animated band. Their first song, “One for You,” was given a stop-motion extravaganza of a music video and rendered the bandmates’ cartoon avatars on paper and cardboard. They’ve since leapt from the cels and onto real life, with their frontman Paul Smith strutting his pimped-out swagger in a hat and cane in the music video for “No. 1,” which was released in September.

Ikebukuro West Gate Park’s anime came out just last month with Doga Kobo in charge of production. Considering the dark tone of the show, I’d like to think that the people at Doga Kobo wanted to add some urban menace into the mix. Granted, INNOSENT in FORMAL is far from being the most threatening band modern J-rock has conceived. But with their big break, they may prove that they are among the weirdest and most vibrant the scene has to offer.

Grab a Cola and Watch the ‘Himouto! Umaru-chan R’ Preview