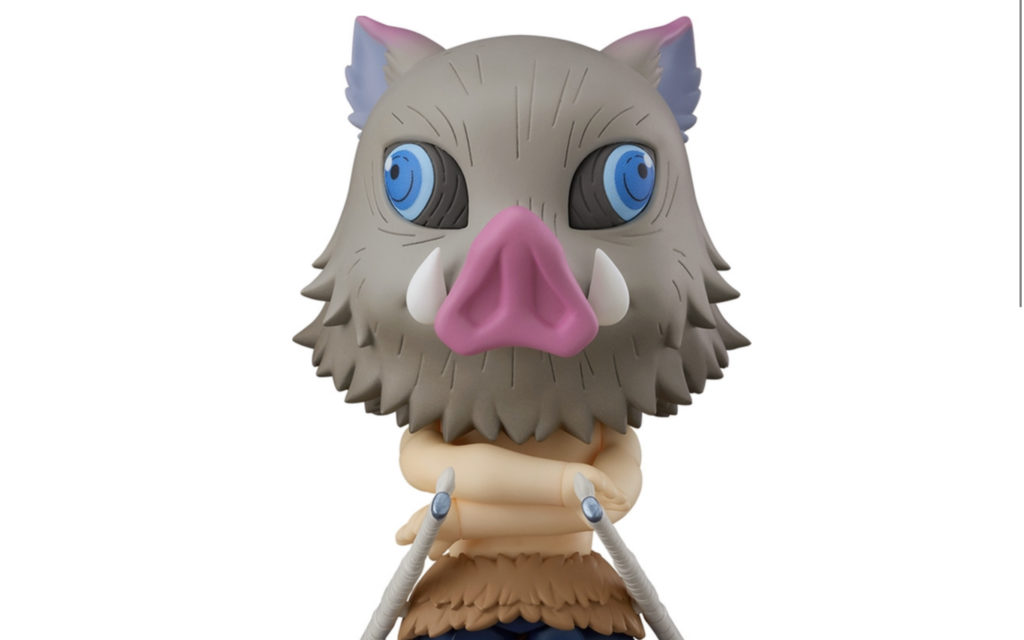 The phenomenal success of Demon Slayer following its impressive anime adaptation continues to grow, making the possibility of a sequel series an inevitable ‘when’, not ‘if’. In the meantime, the manga continues to sell in massive numbers, and those involved with the series are doing whatever they can to capitalize on the series’ unprecedented levels of popularity. This has involved a slew of merchandising opportunities using the characters and iconography of the series, the latest being a Demon Slayer nendoroid based on the series’ Inosuke Hashibira.

Inosuke’s unique design and androgynous appearance, alongside their fighting abilities as a demon slayer, have made the character a popular one among fans of the series, and its these traits which this chibified interpretation on the character set out to emulate. The dual swords the character uses in battle can be attached to the character either sheathed or unsheathed, allowing this nendoroid to appear as though in the heat of battle.

On top of this, a number of face plates allow for a variety of expressions. Alongside the character’s iconic boar mask, a number of bonus face plates also allow you to unmask Inosuke. One of these unmasked facial expressions depicts the character with a more neutral face and a slight smile, while a more exaggerated ‘eating’ face is also included. A piece of tempura is also included to go alongside this.

This is the latest in a series of nendoroids based on the Demon Slayer: Kimitsu no Yaiba series to be released in recent months, allowing for this figure to stand side by side with the nendoroids for Tanjiro, Nezuko and Zenitsu (provided you also own these figures).

Pre-orders for the Inosuke Hashibira nendoroid start from today and continue until August 6th. You can find more information on the figure as well as a link to pre-order the nendoroid over on Good Smile Company’s official website.