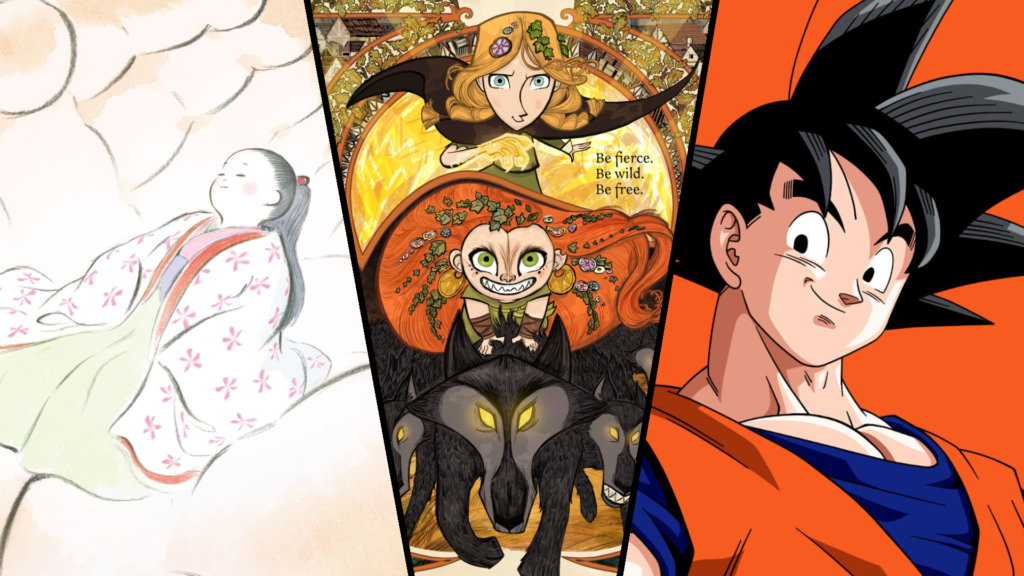 Before the 1980s, the international view of Japanese animation by those inside and outside of the business was low, mostly because many of the movie productions released over the decades had failed to make their way outside Japan, while the limited animation style of the anime that did make it out was considered low-quality. As giant robots and Mazinger Z made their way around the world, views began to change, with the 1990s releases of Studio Ghibli classics, Ghost in the Shell, and, of course, Akira, changing minds and animation forever and inspiring a new generation of creators around the world.

In a roundtable discussion featuring Sofia Alexander (storyboard artist on Infinity Train and the new PowerPuff Girls, and creator of Onyx Equinox), Hélène Cattet and Bruno Forzani (the directors of the live-action Let the Corpses Tan that are currently working on their first animated feature), Manny Hernandez (director of We Bare Bears), Michael Dudok de Wit (director of The Red Turtle) and Tomm Moore (founder of Cartoon Saloon and director of Wolfwalkers), moderated by Alexis Hunot at Annecy Film Festival 2021, these renowned international animators discussed how anime has influenced their work and careers.

The discussion kicked off with a recollection of each animator’s first encounter with anime, and what becomes clear is how their experiences differed so vastly based on which shows were broadcast on TV and what was popular in which international market. Manny Hernandez, for example, was born and raised in California but grew up in a Spanish-speaking household. ‘When I was younger, I didn’t see Japanese anime on American TV too much, so the first time I ended up watching an anime on TV it was a show called Dragon Ball, and it only showed on a Spanish channel called Telemundo.’ This was partially why Akira Toriyama’s work was so influential for him growing up.

Similarly, Sofia Alexander also encountered Dragon Ball in similar ways and watched Saint Seiya at the ‘way too young’ age of 6. One common trend all the creators had to share was that they were unaware at the time that many of the shows they loved were anime. Each of the creators was unaware these shows came from Japan, with both Sofia and Manny assuming Dragon Ball and Saint Seiya were Mexican or South American shows.

This was the assumption, regardless of where they grew up. Moore grew up watching many French co-productions like Battle of the Planets and Ulysses 31. ‘The first time I was fully aware I was watching Japanese animation was when I discovered Akira on VHS tape as a teenager,’ he admitted, and even as its hyper-violence wasn’t representative of the broad output of anime even at that time, it did act as a gateway to discovering things like Mangamania and, then, Appleseed.

With how Akira burst onto the scene in such a fashion in the early 1990s internationally, it’s no surprise how influential the movie was among the panel members. Dudok de Wit also cited it as influential, while also citing Japanese art as another inspiration.

Having been inspired by these creators when they were younger, both the anime and the environments within which they first encountered these shows were used as a basis for their careers and work. Discussing the creation of Onyx Equinox and her early career, Alexander admitted that she was discouraged from drawing in an anime style regularly by peers and mentors. ‘I do lean towards the anime influence as that was what I grew up with, that was what I liked, that was what I wanted to draw. Growing up, I never actually thought that I could make it work because I kept hearing that “if you keep drawing like that nobody’s going to wanna hire you” but I kept following my heart and there’s nothing that says that I can’t.’

She continued, ‘I wanted to see characters that were truly Mexican and Latin American that had a touch of the anime that Mexico loved so much.’ When watching Onyx Equinox, you can see this influence in the final product, where the anime-inspired art style is blended with Mexican culture. ‘I wanted to make sure that we tackled many cultures within Meso-America and Mexico, not just the Incans or the Aztecs or the Mayans. There were the Omec, the Zapotec, and so many more that we were not able to put into the story as I didn’t want it to seem we were just adding on top without contributing.’

Anime Emphasizes Animation as a Medium, Not a Genre

A typical Western assumption of animation is that it is simply a genre of family film targeted at kids, rather than a medium that could be the best method of telling a story for someone of any demographic. Anime has shifted this narrative in recent decades, especially as international animation is increasingly inspired by it and the work shown at festivals like Annecy encompasses far broader demographics. Tomm Moore took less visual inspiration for his work at Cartoon Saloon, for example, but was inspired by the directorial style of anime.

Citing his influences, he noted that The Little Prince and the Eight-Headed Dragon was a major influence on Secret of Kells and Song of the Sea for the characters, thanks to its pop-up style. More recently, it was The Tale of the Princess Kaguya, and how Isao Takahata’s film used the medium in the way only it could to bring out the emotions of the story.

This was then paid tribute to at various moments in Wolfwalkers where emotional tension distorted the lines of the characters, and in the chalk-like wolf vision the characters use when transformed into wolves.

For Hélène and Bruno, their early experiences with anime and its capabilities influenced the decision to turn the comic Darling into their first animated feature. Beyond feeling like they had to go into animation because of its 1950s New York setting, the way Darling plays with Art Deco, and how a lot of the movie is about the flesh and body and that they wanted to go inside the body was something only possible with animation. Citing Satoshi Kon and Belladonna of Sadness as an influence, animation allowed them to represent what they wanted from the film.

Anime’s influence also comes in the style of storytelling that original anime and manga adaptations rely on that is unique to anime production. Manny was inspired to work in TV and animation because he loved to see the creative ways that anime would be kept alive after realizing complete stories weren’t fully laid out in advance of a series starting after reading interviews.

Things as simple as Goku’s hair in the adaptation or how filler would be introduced would inspire because of how it played with the limitations of the medium. ‘I read that they changed Goku’s hair from black to yellow because they didn’t want to ink it anymore. It wasn’t this fantastical reason, it was just an economic one. And that was really inspiring because that’s what TV animation is all about, and yet they could still make it beautiful and craft a creative story with these limitations.’

Within this year’s work-in-progress pitches at Annecy Film Festival, where international animation productions put out a case for investment in their work, two companies were cited more than any other as an influence on the work being pitched: Cartoon Saloon and the anime of Studio Ghibli.

The Studio Ghibli influence over these creators is impossible to ignore, even beyond Dudok de Wit’s direct involvement with Ghibli on the production of The Red Turtle. Throughout the film’s production, he could speak to and directly reach out to Isao Takahata and Hayao Miyazaki, with the former in particular being a huge help on the film. He would talk about issues he had with the film’s story directly with Takahata, who would listen and provide helpful suggestions to fix these issues.

Another point for them is the use of white space, which is far more important in Japanese animation than it is elsewhere. Taking particular inspiration from My Neighbor The Yamadas, with the white space permeating the story as well as the visuals. ‘It’s so entertaining and yet it’s so ordinary and quiet.’

For Moore, Song of the Sea’s more laid-back pacing was influenced heavily by Yasujiro Ozu’s Tokyo Story and My Neighbor Totoro, with Wolfwalkers the Princess Mononoke of the company when compared to Song of the Sea. ‘What I really resonate with in Miyazaki’s work is his focus on nature and that seems to me to become a spiritual thing that the culture wants to reconnect with it, remember our connection to the biosphere and that permeated into Wolfwalkers.’

Cartoon Saloon’s entire filmography is influenced by this idea that encompasses Ghibli movies in subtle or noticeable ways, with both sharing similar ideas on humanity’s connection to nature. ‘As a kid exploring the fields and woods here in Ireland, I’d come across a broken TV in the woods and incorporate it into our games, trash in the most beautiful spots. We had a very animus view [in the past] where every little part of the countryside had a spirit or a story, and we were forgetting that and chasing after a consumer-capitalist way of living and were less connected, which was something that ran through all the films and I really resonated with in Miyazaki’s work in particular.’

What becomes clear throughout their Annecy talk and their group anime recommendations that range from Ghibli films like Spirited Away and The Yamadas to Captain Harlock to Paranoia Agent, to even things like Wolf Children and One Piece and Hosoda’s Digimon film, is that anime has had an incalculable impact on their work and international animation more broadly. Whether simply being an inspiration to what is possible in the medium or a thematic resonance that could be incorporated into their work, anime’s reach and influence can be felt everywhere as those who grew up on it now have the responsibility of creating new animated work for a new generation.