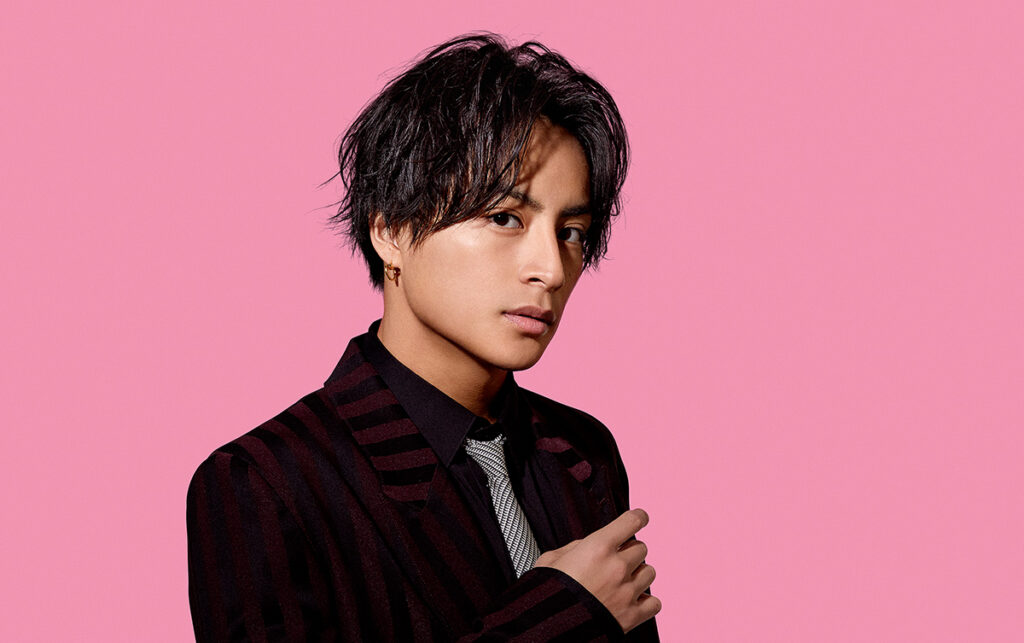 If you aren’t already familiar with him as a performer, Alan Shirahama is what you would call a pretty busy artist. Not only is he a member of two of Japan’s biggest dance/pop groups in EXILE and GENERATIONS from EXILE TRIBE, he’s also active as an actor. If that didn’t already sound like enough, he’s also been active as a DJ who dabbles in production for some time now.

This (along with all of his other talent) was what drew us to invite him to participate with our first online convention event, OTAQUEST CONNECT. Ahead of his performance this weekend during the OTAQUEST // PLUGGED IN portion of our event, we wanted to to take a moment to speak with him about his motivations, how he got into DJing, and just get to know a little bit more about what we might expect from his particular style of DJing.

OTAQUEST: In addition to your activities as a performer with EXILE and GENERATIONS, and your acting career, you’ve been active as a DJ for a little while now. Can you tell us a bit about what inspired you to start DJing?

Alan Shirahama: In the past, GENERATIONS traveled all over Japan by just one bus to perform at a shopping mall or park. The event was called ‘Musha Shugyo’. We performed one of our songs called ‘Echo’ for the first time there. We were supposed to perform only the first verse, cutting out the second verse, but right before the show, we found that we only had a full version of music. Then, I edited the music with the app called ‘GarageBand’ immediately just because I happened to have my MacBook with me. With the music I edited, we were able to perform as planned successfully. At that point, I found myself enjoying editing music, and for the first time, I was interested in creating music. So I started making music from there little by little and then considering how to be able to make people listen to my music, ‘DJing’ came upon to me naturally.

It may be more natural to say that I started DJing because I wanted people to listen to the music I made not just that I wanted to be a DJ.

When I talked to the leader of EXILE, HIRO, telling him that I wanted to DJ, he presented me with the most up-to-date DJ equipment and told me ‘If you give your all to Djing and you would find it wasn’t for you, you don’t have to force yourself to do it.’ I remember the kind words he told me so clearly. Well, I’m continuing to fit in safely by the way (laugh)

OTAQUEST: Electronic music is something that spans a countless number of genres, and many DJs like to experiment with multiple different styles to keep things fresh. What are some of your favorite electronic music genres, and is there any particular genre you find yourself focusing on the most lately?

Alan Shirahama: Basically, I like four-piece music such as house and techno, and I would say it’s the foundation of my style. Among them, what I’m really into right now is the genre ‘Bass house’. Its BPM is 124-128 and it’s based on house but isn’t quiet, at the same time it’s not as bright and open as EDM, but then it’s not as heavy as TRAP. There is an element of dubstep in it also. The heavy and austere beats and the melodies suit me well, so I like it. If you listen to my DJ performance at OTAQUEST CONNECT, you’ll probably get what it is.

OTAQUEST: As mentioned earlier, you’re rather active as a performer in many different ways. How would you compare performing for people as a DJ versus acting or dancing on stage?

Alan Shirahama: I think that dancing and acting are performances where I can express myself, but DJing is more like a performance FOR the audience to enjoy and listen to.

OTAQUEST: You’ve achieved a lot of really amazing things during your entertainment career so far from having the lead role in Movies & TV dramas to performing for massive crowds with EXILE and GENERATIONS. Do you have any particular aspirations or goals with your DJing that you’re aiming for?

Alan: My goal is to create a big label specializing in dance music one day. There are a lot of big dance music labels overseas such as Spinnin’ Records and DIM MAK by Steve Aoki, but all the big labels in Japan are still mainly Pop and Rock. My dream is to create a dance music label that can compete enough with foreign labels. Also, because there are a lot of great track makers and talented young people in Japan, I want to hook them up and help them get their foot in the door.

OTAQUEST: You’ve also dabbled in music production a little bit over the past couple years. Is that something you plan to explore doing more of as an artist?

Alan Shirahama: I’m doing the best I can, but I’m still struggling to get it to the point where I can actually release my songs. It’s kind of tough you know… However, I’m not discouraged at all and I’ll keep working on it hard so I think it’ll gradually come out into the world!

OTAQUEST: What would you like to express to viewers through your performance during OTAQUEST CONNECT?

Alan Shirahama: What I want to express to the audience is the traditional Japanese feel. This country has given tons of manga, anime, and video games, and I’ve been surrounded by them since I was a child. That leads to a part of what I am now, and I think it’s the same for the people who watch my performance. Through my performance, I want to tell the audience that ‘People grow up without forgetting the playful mind from their childhood’.

OTAQUEST: Do you have any messages for your existing or new fans who might be reading this interview?

Alan Shirahama: I believe that everyone, whether in Japan or abroad, has the same love for manga, anime, and games. Especially with the current situation around the world, I hope OTAQUEST CONNECT will unite us beyond the borders and language barrier more than ever. At any rate, I’m addicted to the PS4 game Ghost of Tsushima right now and I still have tons of missions to complete, so I gotta go now!