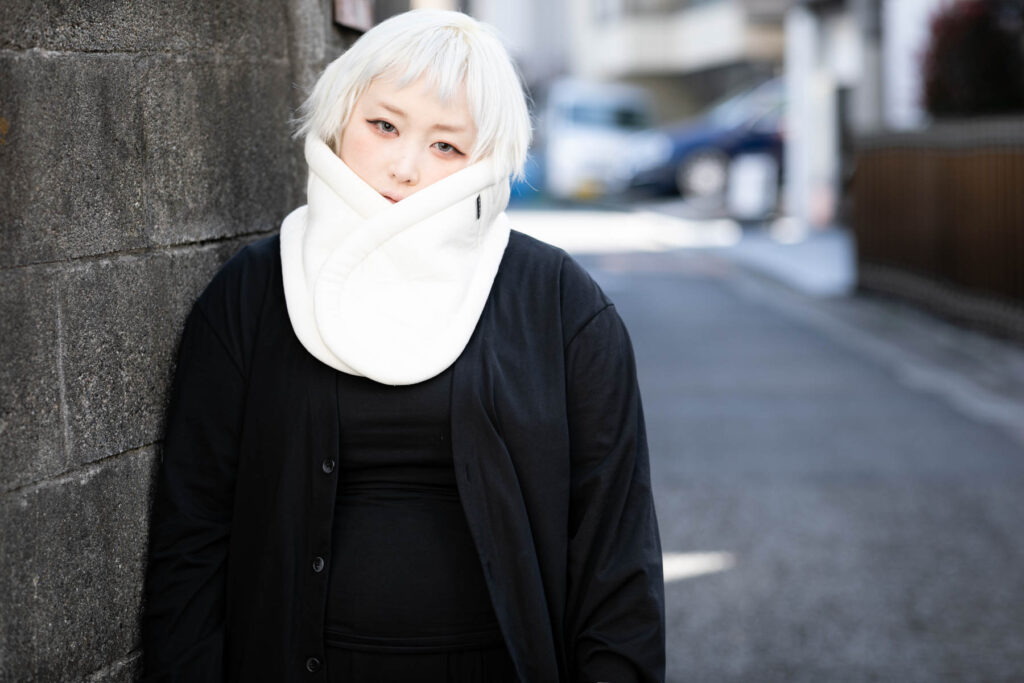 Interview with Illustrator & Designer hima://KAWAGOE, A Look Into the Development of OTAQUEST Mascot URA-chan

If you’ve been following OTAQUEST for a while, or even just view the top of our home page, you’ll no doubt have seen our official mascot URA-chan. Since her introduction, she has featured across a variety of different projects we’ve worked on but her story has never really truly been revealed. We sat down with Tokyo-based illustrator and URA-chan’s designer, hima://KAWAGOE, to not only get a look behind URA’s creation but also to explore the background and influences of her unique & creative works.

OTAQUEST: You designed OTAQUEST’s mascot character, URA-chan. How did you decide to participate in OTAQUEST in the first place?

hima://KAWAGOE: Firstly, HANDSUM (OTAQUEST’s main designer) was contacted by OTAQUEST’s producer ☆Taku Takahashi about creating an original character, and HANDSUM recommended me as a candidate. That kind of exchange was happening without my knowledge (laughs). I’ve known HANDSUM since about 2016. In the summer of that year, a group of designers and models who love Splatoon got together to make a great ‘zine. I was invited there as a guest and met HANDSUM.

OTAQUEST: hima://, you have a career as a designer and illustrator, but from when did you start to draw in your current style?

hima://KAWAGOE: It wasn’t until late 2013 that I undertook on this art style. I had been drawing manga since I was in elementary school and had exhibited at Comiket previously, but when I thought about breaking out of the narrow world of doujinshi and becoming a commercial artist, I felt that my drawings and concepts at the time didn’t have what it took to make it in the industry. At that point in time, once I stopped all the doujin works and started playing in a band. It seems that spirituality to play that music was a good motif and provided me good input. Then in 2013, I was like, “This is it!” I felt that I had arrived at the current pattern that I felt was a good idea.

OTAQUEST: So you didn’t draw in this style since you were a child.

hima://KAWAGOE: However, I didn’t force myself to sell my illustrations for quite some time. After I graduated from high school, I attended Kuwasawa Design School for two years, and even after graduating and deciding on a style, I was still told things like “Your illustrations are not suitable as illustrations. They’re for projects.” and “Don’t sell yourself short.” It wasn’t until 2015 that I started taking illustration jobs, partly because after graduation I joined a design company and worked as a designer. 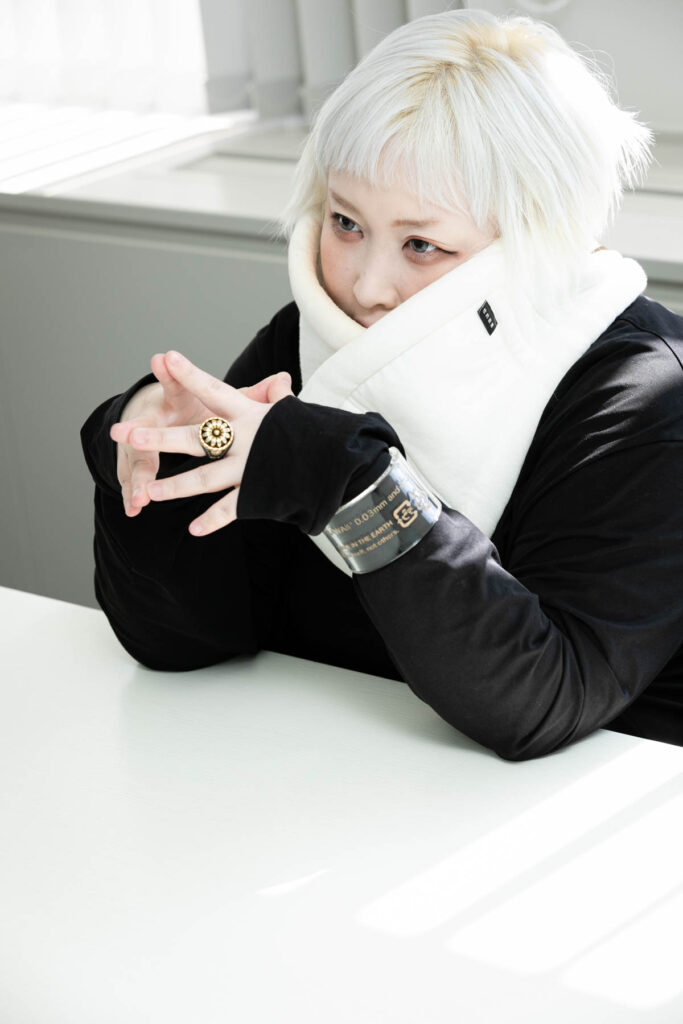 OTAQUEST: Then, it was around that time that you launched your own brand of products called “Seiteki Satsui”?

hima://KAWAGOE: That’s right. I feel that the brand doesn’t need any products that have prints of my illustrations. Our products express what I want to communicate to people and what I want to protect based on the concept of “never making things that aren’t my true feelings” and “always having the mindset to discover fun in things from different perspectives”…Hence the “Satsui” in my brand name. Just because you print an illustration on a product, doesn’t mean that you’ve sold the spirit or the concept behind the illustration. I think it’s more proper to say something along the lines of; “I really like this picture, so I’m going to wear a T-Shirt that embodies the spirit of this picture.” more so than “I really like this picture, so I’m going to wear this T-Shirt that has this picture on it.” But my struggle is that I can’t draw a powerful illustration unless I have strong feelings about it, and if I can’t draw illustrations, then I can’t create a product. It’s a vicious cycle.

OTAQUEST: You can’t make a product unless you put your all into it.

hima://KAWAGOE: That’s such the truth. On top of that, you really have to be on top of everything. But if you keep doing that you end up getting sick (laughs), and end up hurting others without realizing it…I was actually severely depressed for about three years starting in 2017 or so, but recently, I’ve been able to stop being so hard on myself and others and focus a little bit more on the direction of my own life. I was pretty hardheaded though (laughs). I still want to be on top of everything while maintaining a healthy relationship with the world. I want to feel that I’m around 27 years old so that I can see other creators in their 20s as a rival. 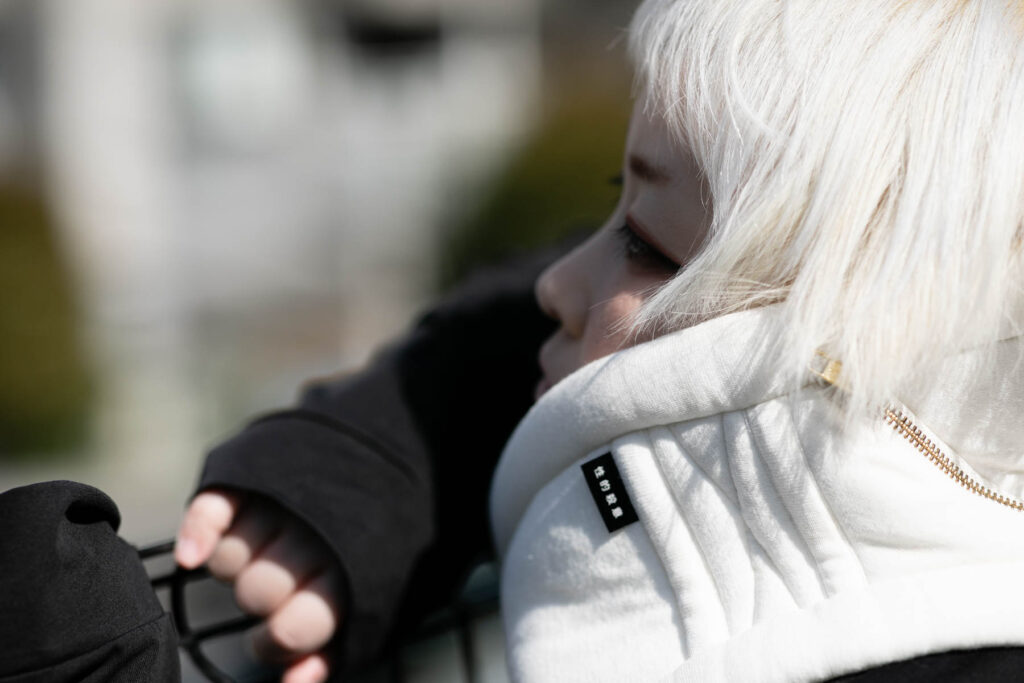 OTAQUEST: So, the first illustration you worked on was Ura-chan’s profile which was also used on the OTAQUEST T-Shirts, what kind of concept did you start with when you started working on the illustration?

hima://KAWAGOE: It’s similar with the Seiteki Satui concept, but with URA I wanted to avoid drawing something that I didn’t want to draw, something that I had no relation to. Here I made the concept of “Deep Otaku”.

hima://KAWAGOE: Yes. Someone who’s lifestyle and fashion is completely influenced by their Otaku hobby, but isn’t ashamed of it and stands by their hobby with conviction. I like Otaku like that. It’s kind of a long story (laughs). So, in regard to URA, I made her a character who is a deep Otaku herself and thinks that it’s cool…That’s the belief in the character. I have not been able to explore what URA is into now as a setting.

hima://KAWAGOE: I suppose that it would be telling a story. I started to realize that I don’t feel a story with URASTAGRAM and it’s starting to feel like a me-too fashion snap. More or less, URA in “URASTAGRAM” is wearing the newest items released or recently released to the world, but I feel that it would be more interesting if we went a little further and built something around them.

OTAQUEST: So what URA wants to do and why she’s there.

hima://KAWAGOE: A setting like that would be nice. Up until now, my illustrations have been based on the theme of “not having a storyline”. URA is a separate entity from my personal illustration career, so I feel that it would be more interesting to add a setting as well as a storyline to it. For example, meeting up with someone, or heading to a nearby bathhouse.

hima://KAWAGOE: I replaced the elderly gentleman in this photo with URA (laughs), but I feel that this illustration is popular because it gives you the feeling of conversing with people in that shop.

OTAQUEST: Are the personal illustrations that you draw a symbol of idolization or something?

hima://KAWAGOE: Exactly. There is no humanity around them. If you have a sort of storytelling or something along those lines, you can get the sense of the environment that she was born into. It’s weird. So with my own brands, I take the aesthetics that I enjoy and incorporate them in to my creations, but with this it’s the opposite. With OTAQUEST’s URA, I would like to see a more human side that we can all relate to. For example, if URA was walking around Shibuya in a pair of sandals, you could say “Maybe she lives in Shibuya”. It’s interesting to think something like that (even if it was really Sangenjaya, etc…). I plan to create more URASTAGRAM content that has more fashion, accessories, style, places, and settings going forward. It’s difficult to create a TPO for clothing if you don’t have an idea for the setting. But if you have a reason or purpose to go somewhere wearing it, you can come up with an idea of what URA will wear.

OTAQUEST: By the way, what is your favorite URASTAGRAM photo so far?

hima://KAWAGOE: I like this one quite a bit. I like illustrations with movement. In this photo, URA is actually wearing a pair of Nike Gore-Tex shoes that I wanted to buy but couldn’t. URA gets to wear ready-made clothes and it gives me the fulfillment to prioritize drawing items that I wanted but couldn’t get (laughs).

OTAQUEST: The drawings that you do for yourself as an artist and the images you do for URASTAGRAM are completely opposite.

hima://KAWAGOE: Yes. In regards to my own creations, if you keep an eye out for something that is already available and popular, it’s hard to see the concept of your own ideas, so I look for something completely different. I get clothes for URA from “Fashion Press” and “HYPEBEAST”, and my manga artist friends who are fashion freaks, but for my own creations, I frequently check “Monotarou”, a shopping site for labor products. I’ve recently been into manufacturers of work clothes such as “Workman” and “Makita”.

OTAQUEST: As you mentioned earlier, it’s similar to “No storyline, no humanity”, but do you find labor-related products interesting in terms of their design?

hima://KAWAGOE: That’s right. Also, medical equipment is interesting. When I had severe depression, I wound up in an ambulance and even when I wasn’t all there mentally, I still managed to snap a few photos of the equipment. Then, they allowed me to take a photo of the package that contained the gloves which they use to treat patients, then I left…(soft laugh). I was foraging designs as a side-effect of my therapy, but the designs of these products combine simplicity with an artificial nature which provides just the basic information, but the design is still clean and exciting to look at.

OTAQUEST: So it doesn’t really need to be entertaining.

hima://KAWAGOE: The packaging for medical supplies inspired me to create something. There are other various things too, such as packaging slips from overseas. Those have an emotion to them.

OTAQUEST: Going back to URA-chan’s story, Will you be able to tell us more about her life in Tokyo as you continue to add stories to each picture?

hima://KAWAGOE: I think you’ll be able to see it. I want her to live smack-dab in the middle of Shibuya. I also feel that it’s important to know where she came to Tokyo from. I want her to have a digital presence and have the setting of being a “digital girl born from OTAQUEST who traveled to Japan to experience real Japanese Otaku culture” (laughs). I’m still in the process of making this a reality, but I feel well that it will proceed from here. Up until now, I haven’t really used any bright places and one of the reasons I chose the Torii for the recent photo is to give you a sense of a new morning, or rather, a new URA in the future.

OTAQUEST: So you’re saying that the URASTAGRAM series will continue on in the future and people should look forward to it?

hima://KAWAGOE: Yes, if that’s something you would count on (laughs). But like, if it was a live painting you’d have people watching but with time-lapses, it’s a tad embarrassing because there is no audience (laughs). I don’t really want people to see it. It’s like I’m in the middle of putting makeup on. I would also like to do some live streams as well. 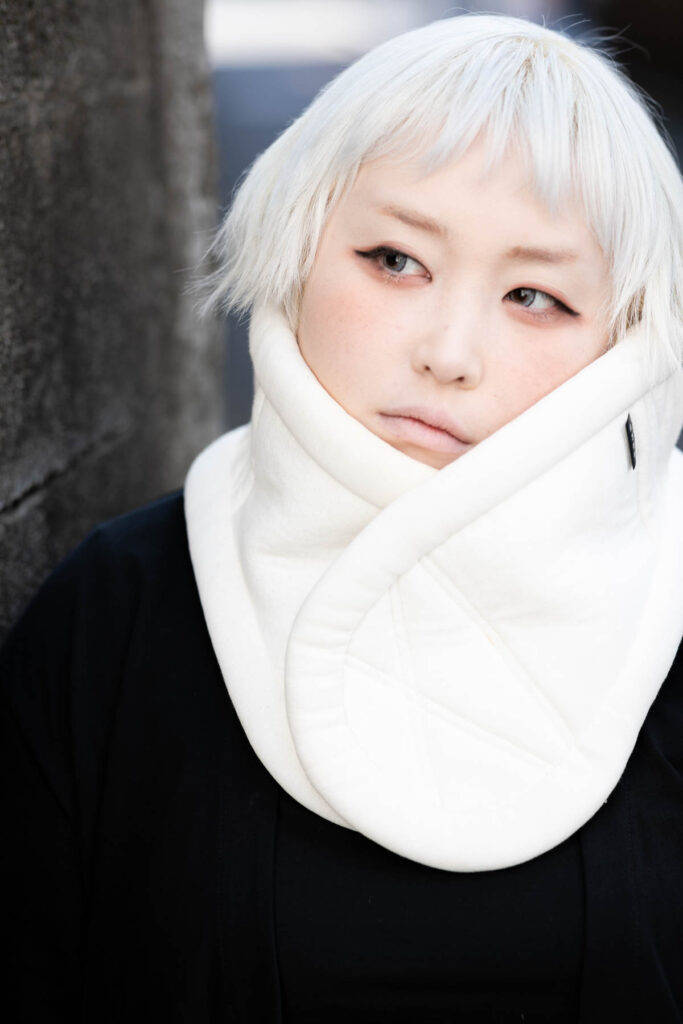