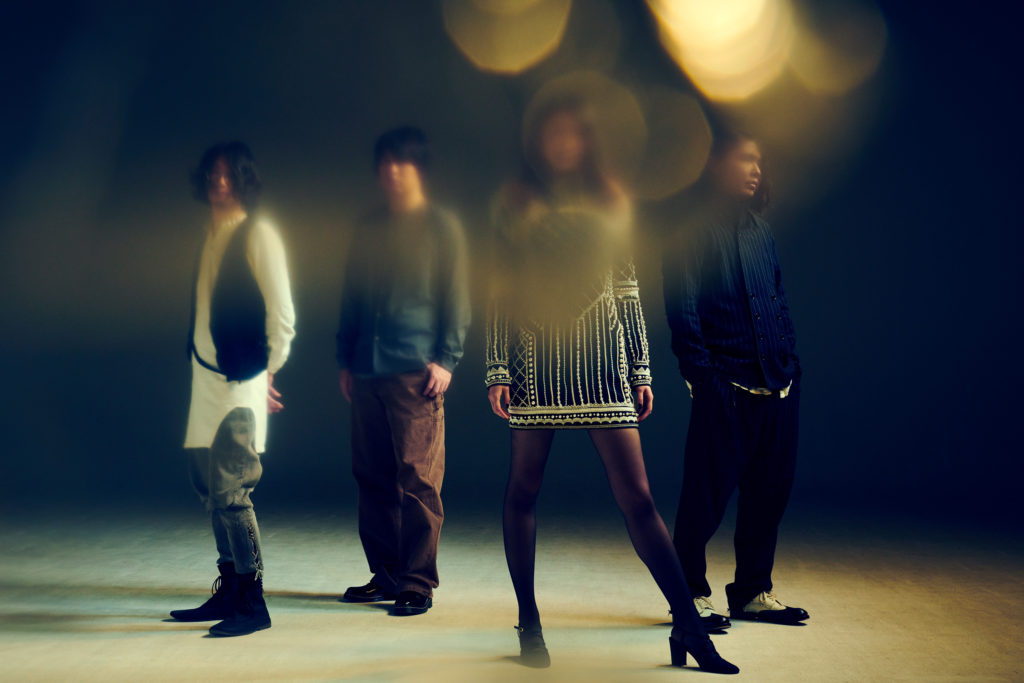 The team behind Ghost In the Shell: SAC_2045 has tapped uniquely talented independent musicians to craft the bookending songs for the series. The ending song for the series comes from Mili, a group with an international flavor based in Japan that has utilized a range of classical and contemporary sounds in their works. Their song for SAC_2045, sustain++; is a perfect representation of their ability to work in diverse styles when paired with some of their other recent work. Boasting more than 300,000 subscribers on YouTube and several successful albums, they are a band that have utilized the internet to cultivate a global fanbase in an era where the transition to digital has been ever important for musicians.

We sat down with Cassie Wei & Yamato Kasai, the driving creative forces of the group, to ask them about their creative process, career to date, and their involvement in SAC_2045 ahead of the series’ debut on Netflix.

OTAQUEST: Thank you for taking the time to speak with us today. I wanted to ask, when someone looks up Mili online, often the band is described as classical or post-classical in terms of style. How would you describe your sound in your own words?

Cassie Wei: I feel like in our early years we did more classical stuff but now we have so many different genres, we’re just that band that makes a bunch of different genres of songs.

OTAQUEST: Your music is performed in a variety of different languages. When you’re creating a new song, how do you decide what language to use in that song, and does that have any impact on the creative process when you decide to do a song in say English version Japanese?

Cassie Wei: Mostly, we make English songs. But sometimes it’s like a song feels more suited for Japanese or another language. So we usually, when it’s a Japanese song, what we do is Yamato will write the lyrics but also he’ll write the lyrics and the melody, but if it’s English then I would write the melody and the lyrics. I think you need a native to write in the language to match with the melody because there’s some nuance that you can’t really do well if you’re not a native. That’s what I think.

OTAQUEST: That being the case it sounds like both of you are tuned in on the creative process for everything that you make?

OTAQUEST: You were uploading videos on Niconico Douga at first and back then (9-10years ago), Niconico Douga was a huge platform. I saw a lot of artists grow up there. How did you progress as an artist from that point?

Yamato Kasai: Back in then, I was releasing music on Niconico Douga with a different name (not Mili). I hate to say this, but it was not popular. (laughs) I found that on YouTube when someone else uploaded the videos there, people who liked it weren’t Japanese but foreigners. I noticed that the way I was focusing my music on Niconico Douga closed it off to only the Japanese market and thought this would make things hard in the future. So I shifted to YouTube to change the target for an international audience as well. This was the beginning.

OTAQUEST: So it was YOUR decision to change.

OTAQUEST: In regards to shifting from Niconico Douga into YouTube, you guys were pretty much the first one to do it back in then.

Yamato Kasai: Right. Well I mean a lot of people DID upload their videos on YouTube, but I never saw anyone who was doing it while thinking about how to make their fans move to YouTube from Niconico Douga like we were.

OTAQUEST: Through seeing our editor in chief Eddie’s interest in Japanese netlabels and his promoting a yearly event in Chicago with these artists, and also watching how Kenshi Yonezu, who used to be known as Vocalo-P “Hachi”, got popular and actually had his major-label debut because of that, I saw a lot of artists focused their music on the internet starting around 2011 to 2012. In the same period of time, wowaka was another famous Vocalo-P who started his movement towards major-label debut with his band “Hitorie” at that time. 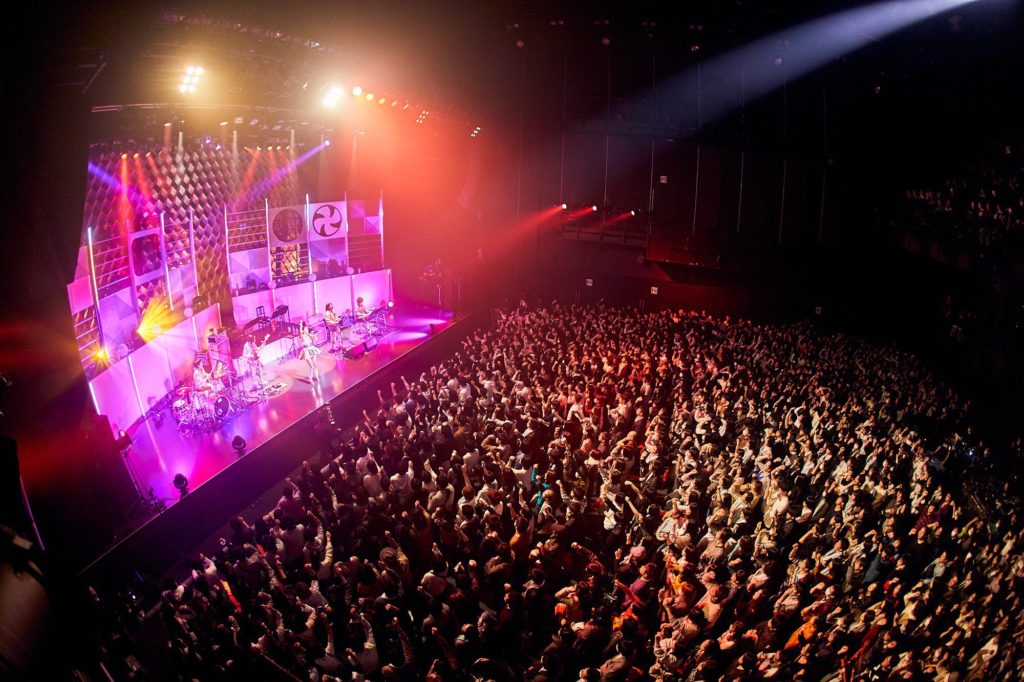 Yamato Kasai: Right. We were doing at that time exactly what you’re talking about. I think it was the timing when people came to the realization of how they would do things in the future.

OTAQUEST: In your earlier years as Mili, you were featured in video games like Cytus & Deemo which were made by a Taiwanese developer. I feel like a number of people discovered you through those games as well. When you participated in those games did you expect an international audience to discover you through that work?

Cassie Wei: I guess you can say we expected that, but since the very beginning we didn’t just want to be known in Japan or a certain country. Since the beginning we wanted to put our songs on YouTube so people all over the world can see it, so we were always aiming at an international audience.

OTAQUEST: So was that part of the decision to do anime & video game work? To help reach a wider audience?

Cassie Wei: Yeah, and also we all like anime (laughs)

OTAQUEST: What kind of anime are you into? Any particular series that stand out?

Cassie Wei: It’s hard to pick a favorite. Recently I’ve really liked Made in Abyss, it is so good and you can’t stop watching it. When I was younger I really liked Digimon, I really like Evangelion as well.

OTAQUEST: Ghost in the Shell is a really iconic franchise, and considered one of the most legendary anime series. How did you feel when you were contacted to make the ending theme for SAC_2045?

Cassie Wei: Well, when we first heard about it we thought “well they’re probably choosing amongst a number of other artists, there’s a very low chance that we’re going to get through so let’s just not keep our hopes up” but then it turns out that we are making the ending and it feels kind of surreal I guess. Also, we felt a lot of pressure because that series is known for its good choice in music. We’re also big fans of series, and also of the music used in the series, like the opening themes of all the series. So we felt this pressure like “oh my god, there’s no way we can make something better than what they did! But we’re going to try our best.”

Yamato Kasai: About a year ago, we got the offer and were surprised at first. Since I was a big fan of the series (I had seen all of the TV anime and movies) and I knew that all the other musicians who had done the music previously, such as Yoko Kanno, were artists I’ve always respected, so we were nervous about taking this offer in a way, but also were very honored for sure.

OTAQUEST: The song that you made for it, sustain++;, I heard it on YouTube when it was released, I think it has a very appropriate sound for the franchise. When you were creating the song, what was the inspiration behind the direction you took for it?
Cassie Wei: We wanted it to have a cyberpunk sound because that’s you know, the show. But we didn’t want to overdo it so that there was no more Mili’s color left in the song. So we tried to find a balance. And I used to be a programmer and can write some code, we some previous songs where I wrote the lyrics in programming languages, so I thought that this would be a great match for the show. It’s kind of something that not a lot of musicians can do, so we decided that we would write the lyrics in code. I thought that was a great match for the show.

Yamato Kasai: I think there are a lot of old fans of Ghost in the Shell who see how important the music in Anime is. So how we should approach this was something we thought about so much. For example, we felt what we wanted to do isn’t equal to what they expected us to do. We were in the middle of how far we should be able to show “us” and how much we should represent “Ghost in the shell“. That adjustment was hard. I knew that which music we use was not only our concern but also the staff’s, so we thought having a strong will was the most important thing here. We shouldn’t be controlled by any of our surroundings. We needed to end up with something both can agree on with no hesitation.

OTAQUEST: I saw the video has the lyrics on it, if I’m not mistaken the lyrics are in Java right?

Cassie Wei: Yeah! I was studying to be a software engineer but Mili started getting bigger so I was like “might as well come to Japan”!

OTAQUEST: As I was saying, I watched the video for sustain++; on YouTube, and I noticed that the response for the song, especially from Western fans, has been really positive so far. Have you been checking the fan reactions, and if so how do you feel about the response so far?

OTAQUEST: As a band, it’s been a couple of years since you’ve released a new album or EP. Do you have anything in the works that you’re tracking for release soon?

Cassie Wei: We don’t have anything concrete planned. We actually quit our management company at the end of last year, and we just moved out of Tokyo and are starting this new thing by ourselves. So we’re going to enjoy this moment for a little bit before we start on our next album. I think this new environment will inspire us to make something new, it’s going to be a good change for the next album. Maybe we’ll also start some personal projects.

OTAQUEST: Do you have any messages for your Western or English speaking fans?

Cassie Wei: First of all, thank you all for your support, because we wouldn’t have been able to do any of this without everyone’s support or without people watching our YouTube videos. We’re planning to make something new and exciting for our next album, even though we don’t know what that is yet, so please look forward to that and I hope you all like it!

Mili
Ghost In The Shell: SAC_2045Mili
Join Our Discussions on Discord
Join Now