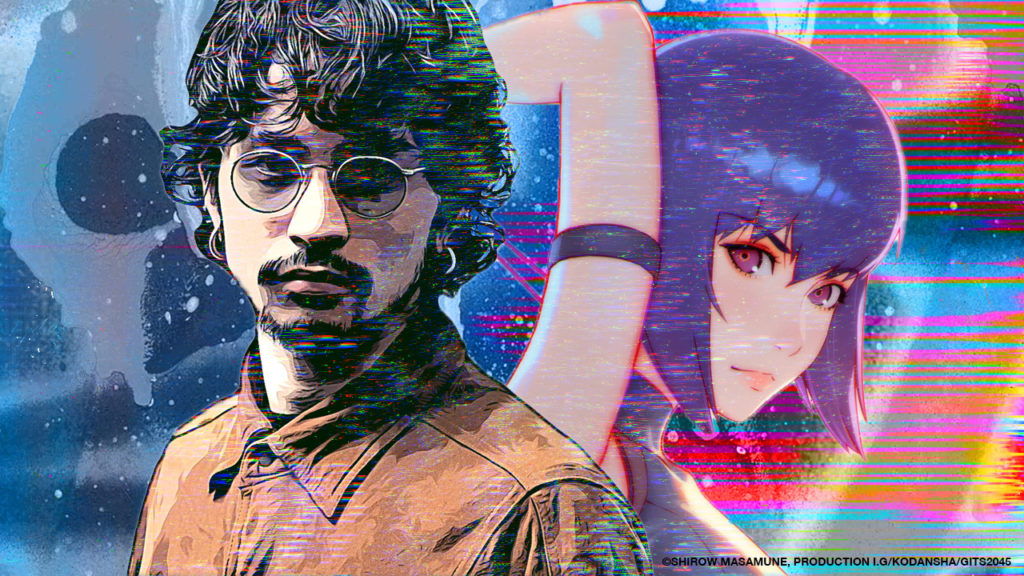 It was fate for Daiki Tsuneta, millennium parade, who performed the opening theme for Ghost in the Shell: SAC_2045 to become involved with the series.

There are few around the world who haven’t heard of Japan’s big series, Ghost in the Shell. The opening theme for Ghost in the Shell: SAC_2045, the latest entry in the series, is performed by millennium parade. How is it that Daiki Tsuneta, the organizer of millennium parade, became involved with the series? We asked Tsuneta, who is also a member of King Gnu, a band that has risen to the top of the music scene in Japan about his musical roots, his musical vision, and how he became involved with Ghost in The Shell.

OTAQUEST: What idea led to the formation of millennium parade?

Daiki Tsuneta: It started with the idea of re-examining cultures I have, and rebuilding them. At first, I was doing everything up to and including making videos by myself, but my friends became involved, and eventually, it felt like we had grown into something big.

OTAQUEST: From its launch party in May of last year, millennium parade has focused on foreign markets with presentations that combine music and video. From what kind of culture does that aspect of millennium parade draw its influences?

Daiki Tsuneta: Several things. Of course, as it is with Ghost in the Shell, the way Japan and Tokyo are depicted in anime is a strong influence. It changed the way that I see Tokyo and I yearned for that [version of] Tokyo; its influence was significant. This is fundamentally “Because it’s cool”.

OTAQUEST: About when was it that you saw the Ghost in the Shell anime?

Daiki Tsuneta: It was when I came to Tokyo in my late teenage years. I knew the anime for its visuals first, and that there were some people who depicted Tokyo in that cool kind of way. Therefore, I thought that it was “fate” that an offer had come from this version of Ghost in the Shell.

OTAQUEST: Your image is synchronized with that of Ghost in the Shell to the extent that you used to word “fate”. A bit of a basic question here, but could you tell me about your musical roots?

Daiki Tsuneta: millennium parade places “Tokyo’s Chaotic Sound” at the core of its artistry. We adopt various musical conventions, some of which are chosen deliberately, while some come instinctively, therefore the end result is something I would not consider fitting into a single genre. The concept we have is like to take everything from orchestral music to jazz, from the feeling of mixing and mastering a track to making beats and throw it all in a single box.

OTAQUEST: What are the origins of that method of musical presentation?

Daiki Tsuneta: For me, “Classical” is a formative experience. When I say “Classical” I mean more modern musicians such as Stravinsky (A Russian composer circa. 1882-1971) rather than Mozart or Bach. Modern composers have high affinity with other genres, Steve Reich, for example, has a similar vibe to the minimalist music of techno, and I’ve become highly aware of “how to let common odors coexist in one city”, so to speak. 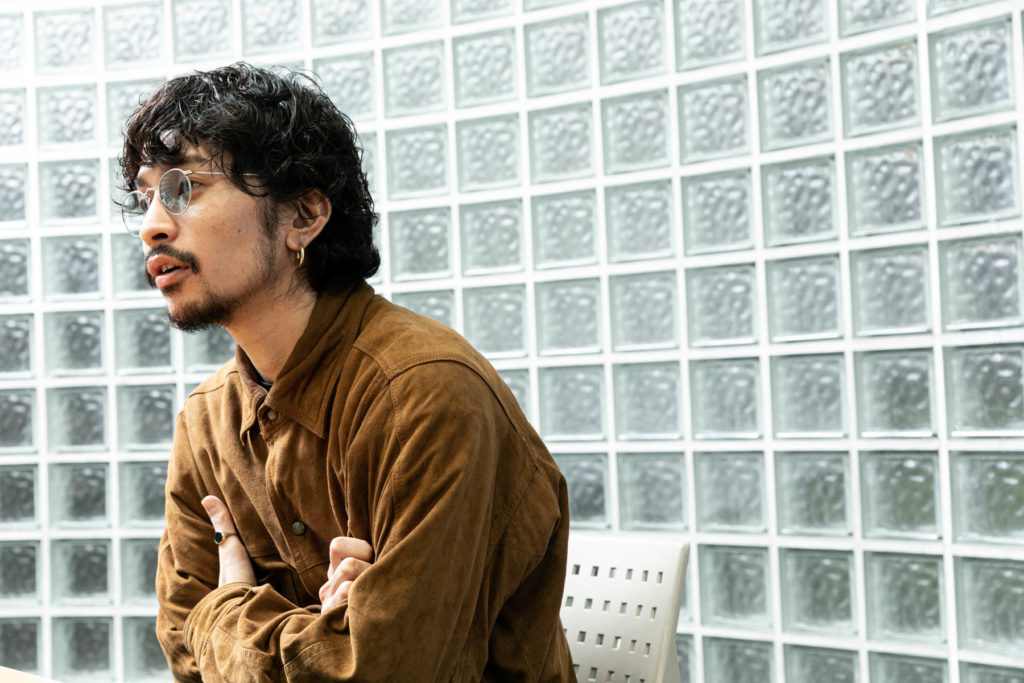 OTAQUEST: So you are saying you mix various genres.

Daiki Tsuneta: Well, I see sound as the raw materials. However, in the sense of sampling, can one familiarize themselves [well enough] with those sounds? When I say sampling, I don’t mean merely sampling those sounds, [but for example] with jazz I also sample the Jazzman’s spirit and aesthetics, or the case of a techno DJ, a rock band, or classical music, I familiarize myself with their philosophy. Aesthetic sense and philosophy are being able to differentiate what elements present in each genre make that genre wonderful, and I think it is great if I am able to sample those [differences] as well. This is not limited to sound, but design too. It can be said about everything that I create.

OTAQUEST: With you at the center, millennium parade is also comprised of members from King Gnu, and various other musicians, isn’t it?

Daiki Tsuneta: millennium parade is made up of a group of members who can come to a mutual understanding with each other. In that sense, it is like a band. Building the framework is work in itself for me, therefore I feel like when this framework is solid, other forces will not hinder us. For this reason, I don’t often include outside musicians, or even call upon ones with famous standing, I think it is unnecessary to call those famous standing even to make an album. I think that for now, our connections with each other are more important

OTAQUEST: So you are saying that for you, communication is most important, right?

Daiki Tsuneta: Production is intimate, so it is more important. What is the goal of the work, what is it aimed at, what is our vision, these are all things that we need to share common ground on when we are creating something.

OTAQUEST: Can one’s songwriting be amplified by the singer?

Daiki Tsuneta: “This singer must stick to this song” isn’t really something we practice. Rather, all it takes is for the presentation and concept to be solid, then freedom will benefit the approach of the players, and we have a box with all sorts of fun inside. Because we utilize this “Tokyo Chaotic” style, isn’t it better to have all sorts of players on the stage, I wonder. If we just gather a bunch of good singers, it’s boring. That sort of thing is already decided during the concept phase.

OTAQUEST: millennium parade was chosen to handle the opening theme for Ghost in the Shell: SAC_2045. Earlier, you referred to this collaboration as “fate”, so when talks regarding providing the music came, what was your impression?

Daiki Tsuneta: It was a fairly big surprise.

OTAQUEST: How was the production of “Fly with me” handled?

Daiki Tsuneta: I would ask the anime production side of things to listen to several demos, and eventually we ended up with the song we have now. Amongst the demos, there were a number of tracks that suited the work (Ghost in the Shell: SAC_2045) appropriately, and I remember that there were various [potential] models [to choose from]. The one that was chosen from the demos was the one with the most punch, so it stood out. 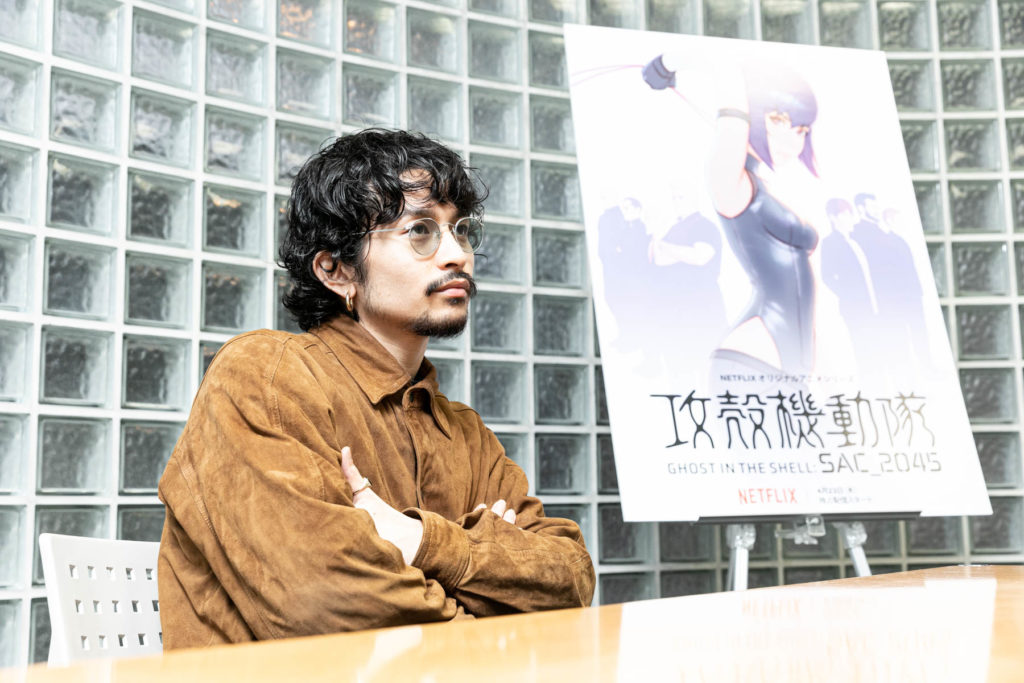 OTAQUEST: With “Fly with me”, what was your vision?

Daiki Tsuneta: Firstly, I had the simple one-sentence elegance of “Fly with me” as a starting point, and I felt that I should somehow expand on it. This time, I had a vision of a group disembarking from an island nation, and it expressed my team’s thought as if we were leaving our current place. For this [song], my personal thoughts are stronger than millennium parade has been thus far, and I created a song imagining that my whole crew could sing it together at a party.

OTAQUEST: It’s a song that is making a statement about how millennium parade will take the world by storm, isn’t it?

Daiki Tsuneta: The lyrics are jam-packed with that idea. Whether it be from Japan to across the oceans, or from the rural countryside to Tokyo. There are various clues in there, but they are packed within general lines. So, it was a bit surprising that this song was chosen, and I was excited. I thought it would be very cool if the song came off strong straight from the opening, and I’m glad it turned out that way.

OTAQUEST: What were your impressions with you saw “Fly with me” together with video from Ghost in the Shell: SAC_2045?

Daiki Tsuneta: In the opening video, it looks like that Motoko (Kusanagi) was being constructed, then I heard our song with it and went “Oh, my..”

OTAQUEST: millennium parade’s are videos created by PERIMETRON, which you participate in, and have major appeal but it is rare for you (and millennium parade) that your music gets synchronized with videos that were created by an external staff, isn’t it.

Daiki Tsuneta: I’m looking forward to seeing how the viewers react. Our music video this time utilizes 3DCG, so think of it as millennium parade’s tribute to Ghost in the Shell, paying homage to such.

OTAQUEST: Have you gotten a chance to meet the two directors (of Ghost in the Shell: SAC_2045), Kenji Kamiyama and Shinji Aramaki yet?

Daiki Tsuneta: I have. They left a strong impression, it was wonderful. They have made a connection to society itself in their work. I intend to do the same, however it’s more verbalized, and I have come to learn that Ghost in the Shell was made with this in mind. Since they want to convey more, they thought very carefully about what to portray and what to express. They even made me doubt if I have been thinking and working equally as deep and hard (laughs). At any rate, I learned a lot from them.

OTAQUEST: Ghost in The Shell: SAC_2045 will be broadcast throughout the world. So millennium parade’s “Fly with me” will also make its way around the globe won’t it?

Daiki Tsuneta: I think the content in the song is suitable for anyone in the world, not just in Japan, so I’ll be happy if it can reach people in various ways. I’m not sure how the song will spread from here on, but I am looking forward to it. 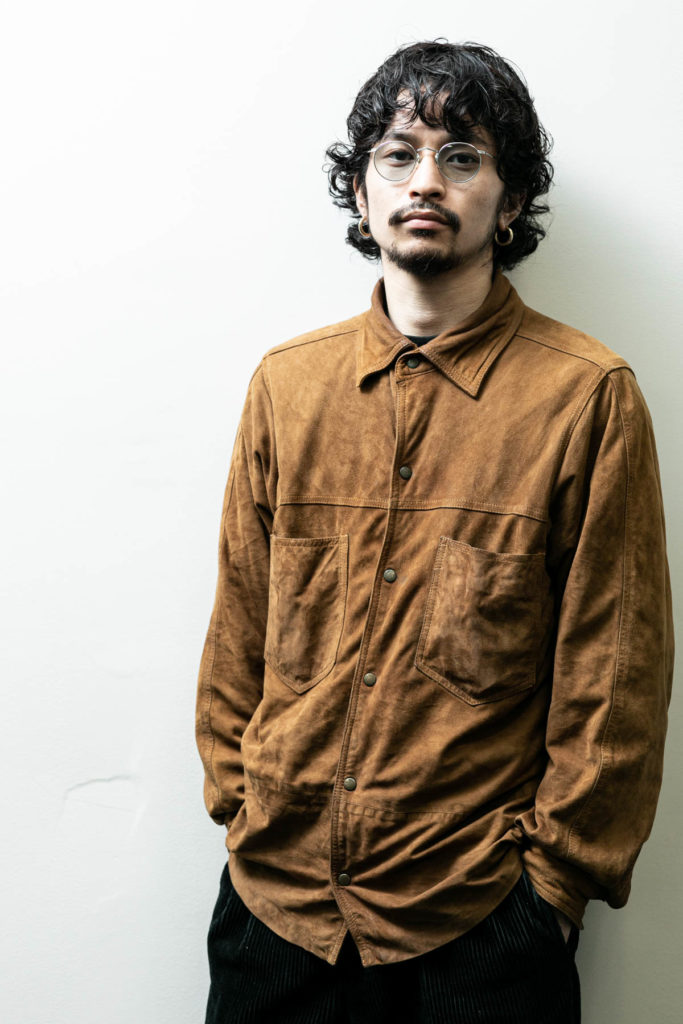 A young man who was inspired by Ghost in the Shell during an emotionally impactful time in his life became an artist and became part of the franchise himself. This fusion and resonance will serve as a testament to the evolution of Ghost in the Shell. Based on the next generation of artists and staff, works are given new life, and the achievements of those involved mark the first steps towards making a name for themselves in the world.