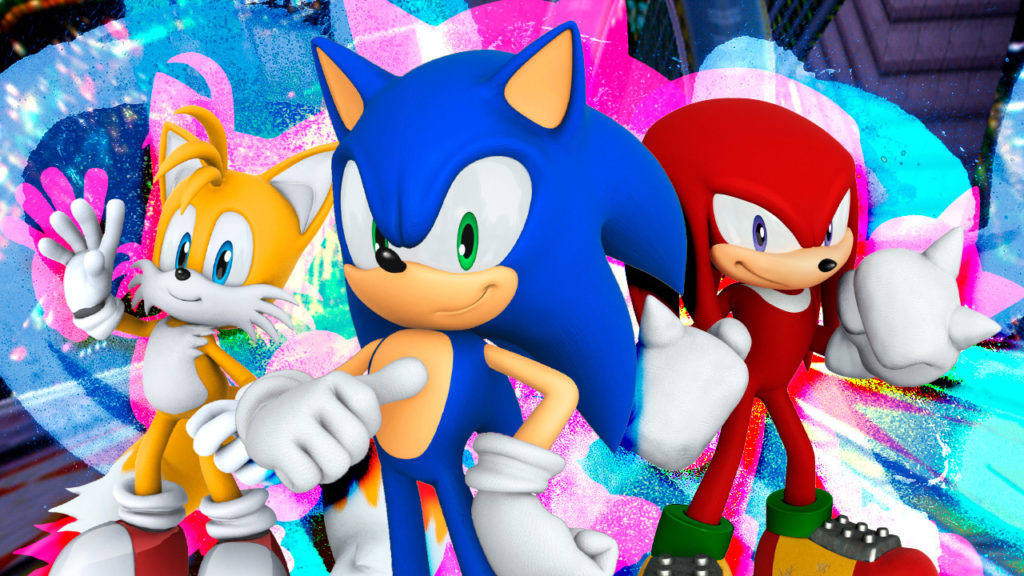 In Sega’s long-storied history there is one property that stands out as immediately connected with their legacy. Sonic The Hedgehog was released in 1991 as a character destined for greatness and quickly became the face of the Sega Genesis to fans in the US due to his fast-paced attitude-laden debut title being bundled with the system. In the nearly 30 years since his introduction to the gaming world Sonic has remained one of the most loved video game characters, transcending games into other forms of media and maintaining an incredibly dedicated fanbase even after Sega stopped producing their own console hardware. We reached out to longtime Sega staff and head of Sonic Team, Takashi Iizuka, to ask some questions about the blue blur’s history and gain some insight on what’s made the character such an enduring force in the world of video games.

OTAQUEST: You started working on the Sonic franchise with Sonic 3 when it was in development at STI and have seen the series through multiple platforms and different levels of popularity over the years. Looking back on those early years how would you say the creative process on making Sonic come to life now differs from back then?

Takashi Iizuka: It goes without saying that the environment and tools in which we develop have changed dramatically and the performance in which the hardware we develop for has changed substantially between then and now. At the time, only a small number of development staff were working on game ideas and selling points for them whereas now, we are working on the game all while still receiving opinions and requests from outside the development team including user and market testing. It’s an important series that has lasted and will last for a long time, so we’re working with a number of people to make sure that not only is a title a success, but that it gives merit to the brand as well.

OTAQUEST: Sonic has gone through a lot of changes over the years and it’s fair to say that its a franchise that has seen a lot of experimentation in terms of approach, what would you say it is about the Sonic franchise that makes it so easy to try new ideas with its different characters?

Takashi Iizuka: That’s true, even though the series has been ongoing for close to 30 years, and even with a new one coming out almost every year, there aren’t many numbered titles. Of course, there are many reasons for it at each occasion, but I feel it’s because there is a fundamental desire “to keep evolving all the time.” I feel that the biggest change was when we evolved the series from 2D to 3D. At the time, we didn’t think about the technical limitations rather, we imagined the ideal way to play the game and thought hard about how to reproduce it with the technology we had available. Of course, we will have a bunch of trial and error to get close to our ideal, but we work on the development believing that we can make it happen as long as we don’t distort that ideal image.

OTAQUEST: What are some of the production backstories to each of the core characters in the Sonic franchise?

Takashi Iizuka: Sonic’s design was based on a hedgehog who can defeat his enemies just by rolling and jumping over the terrain. His sidekick, Tails, was designed to be the little brother which incorporated the “1.5 Player” concept allowing two players to play simultaneously on a single screen. Knuckles was created as an enemy character in “Sonic 3” and became a playable character in “Sonic & Knuckles”, while Shadow was created as the protagonist in the dark side scenario half of “Sonic Adventure 2.” In this way, we always think of new systems for the games as well as selling points and design characters based on the points we find which are appropriate for new games, rather than just making new characters.

OTAQUEST: There are basically 2 different approaches to Sonic as a character which are defined by Classic Sonic (2D) and Modern Sonic (3D), and the release of Sonic Mania showed that there is a lot of demand for the 2D gameplay among fans. Has this impacted the way Sonic Team approaches handling the franchise at all? Do you feel like there’s a pressure to balance between the 2 different styles?

Takashi Iizuka: Not much time has passed since the distinction between “classic” and “modern” was made, in fact, it was since 2011’s “Sonic Generations” title. Even before that, in addition to the main 3D series, there was a high demand for the 2D action games such as the Sonic Advance series, so we revived the old Sonic as Classic Sonic for the 20th-anniversary title, Sonic Generations. We initially thought that it would be a 20th Anniversary project only, however after that we had a strong demand for a new classic Sonic standalone title, that became 2017’s Sonic Mania. We would like to take good care of these two very popular iterations of Sonic’s in the future.

OTAQUEST: You played a pretty pivotal role in Sonic’s jump to 3D with Sonic Adventure on the Dreamcast. Can you tell us a little bit about what that process was like? Especially after the difficulty in bringing Sonic to 3D during the Saturn Era?

Takashi Iizuka: We were actually experimenting with bringing Sonic to 3D on the Sega Saturn. However, due to the performance limitations of the Saturn, it was difficult to achieve Sonic-like high-speed action, and the early base for the next iterations of hardware were being provided to us, so we shifted development to the Dreamcast. It was difficult at first developing a new camera system to allow Sonic to run in Sonic-like loops, so we made an appeal internally to increase the memory of the Dreamcast in order to achieve fast-paced, sprawling stages, as well as increase the number of playable characters to six in order to reuse those sprawling stages. Sonic Adventure was a title that the development team devoted all of their energy to.

OTAQUEST: The Chao Garden mini-game was a really fun inclusion to the main Sonic Adventure games and remains well remembered in some segments of the sonic fanbase. While it draws some clear influence from the Nightopians in Nights into Dreams, how did the Chao Garden concept come to be included in Sonic Adventure, and has there ever been any thought to creating a dedicated Chao Garden title, maybe for smartphones?

Takashi Iizuka: We developed a system called “A-Life (an artificial life)” for Sega Saturn’s “NiGHTS” based on the concept that “the dream world would change each time you played”. The Chao Garden incorporated an evolved version of this system as an “element that makes even those who are not interested in high scores and time attack want to play the action stages over and over”. For instance, when you give the Chao a small animal that you rescue during the action stage, Chao’s appearance and personality will change, so I hoped that people would play it over and over for the sake of that. Since the game was designed as an evolution of “A-Life”, each Chao acts with a will and will react differently depending on the player’s likability and personality, I feel it became an interesting game even just to watch it. The game is still loved by many people even after 20 years, and I’m thrilled that there are still requests for a sequel.

OTAQUEST: Sonic has been used as the focal point for just about every genre of game at this point, some with more success than others. Are there any genres that you would like to challenge or revisit with the sonic characters and try something different with?

Takashi Iizuka: It’s a real pleasure to be supported by so many people worldwide for close to 30 years. This is not just the result of us as game developers, but of the many people and products that we have built up, including licensing companies that sell various goods and toys, as well as publishers who make fans happy with their comics and TV anime. This year, we have been able to enter a new field with a Hollywood film to great success. As game creators, our first priority remains to develop and provide quality games, but we would like to keep challenging ourselves outside of games in order to increase the value of our brand.

OTAQUEST: Sonic is also a pretty special character in that he’s been the subject of games made by many different developers over the years. Are these partnerships more often the result of ideas pitched by other studios or is it more of a situation where an idea exists and you look for a studio that is the right fit to execute it? How do you determine if a studio is a good fit to work on the franchise?

Takashi Iizuka: There are teams at Sega’s development studios that have been making Sonic titles for years, but of course, we’ll occasionally ask non-Sega development companies to produce them. This is not something that is uncommon and is actually quite common for franchises that have releases many titles. In some rare cases, we may adapt plans which are brought to us, but in the majority of cases, we come up with the game concept ourselves and find the right studio to produce it for us. It’s difficult to choose a development studio, but we critique them based on their past work, technical skills, and other qualities that we look for in order to create the game content that we’re looking for.

OTAQUEST: Nights into Dreams in particular is a franchise that fans on and off for years ask for new entries or remakes of. What do you think made this franchise so well-loved among fans despite only a few releases?

Takashi Iizuka: For me as well, “NiGHTS” is a special and beloved title. For me, the main reason is that this is the first title that I’ve ever created with a world, story, and game system planned and created from scratch. But the reason that I feel that it is still loved by fans to this day is that it’s the “one and only”. The one-of-a-kind game system that allows players to fly through 3D space with ease on the Sega Saturn even with its limited performance. This unique method of expression which told a story with no voice or text and impress players, and the unique characters which actually exist in a dream.

OTAQUEST: Sonic is celebrating his 30th anniversary next year, and while I’m sure you can’t tell us any specific details, what are your plans for Sonic going into the future?

Takashi Iizuka: It seems just like yesterday that we celebrated the 20th anniversary of his birth, but he will be celebrating his 30th anniversary next year in a matter of days. In the past 10 years, we have been blessed with a number of hit titles that represent “Sonic Mania”, and we have been able to leave our mark with many achievements such as TV anime and Hollywood movies.

I’m grateful for all of the fans who have loved and supported Sonic for so long, and I hope that I can make it a year to celebrate the 30th anniversary with all of the fans in order to meet their desires. We would like to continue to grow our brand as one that can be enjoyed by people around the world, so we look forward to your support. 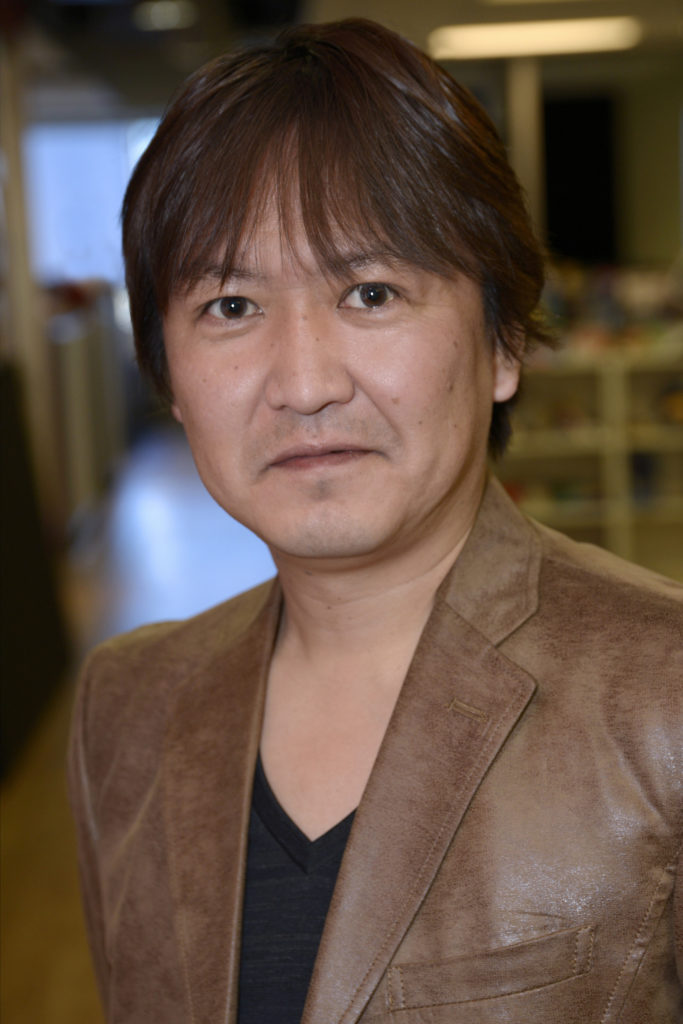 Takashi Iizuka joined Sega Enterprises, Ltd. in 1992.
He joined the Sonic Team as a designer on “Sonic the Hedgehog 3” (1994) and was the Director of the “Sonic Adventure” series. Since 2010, he has been involved in each entry of the Sonic series. He is currently based in the United States and is a member of Sonic Pillar, the organization that oversees the Sonic brand, as a Creative Officer.