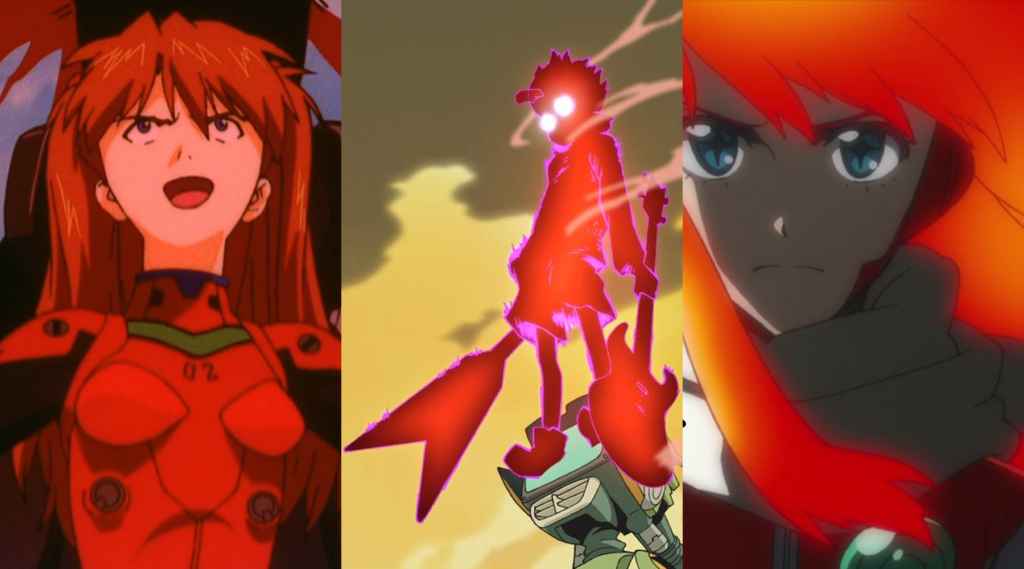 Much like how many consider ‘Studio Ghibli’ and ‘Hayao Miyazaki’ to be synonymous, people forget that Studio Gainax wasn’t just ‘The Hideaki Anno animation factory’, especially these days when the once highly influential and beloved studio has been reduced to a figment of its former self. Many greats who cut their teeth at Studio Gainax went on to form studios of their own, like Mahiro Maeda’s Studio Gonzo and Hiroyuki Imaishi’s Trigger.

Of course, not every animator who’s a significant part of a studio’s creative output will form their own studios. Some stay true to their history and their teachers, remaining integral to the same currents that allowed them to prosper in the first place.

Today on Know the Creators we’re talking about one such animator who never became a shining star, despite creating one of the anime western fandom’s historically loved the most: Kazuya Tsurumaki, Hideaki Anno’s right-hand man and the creator of FLCL.

There is no denying that Kazuya Tsurumaki’s fate got directly tied up with Hideaki Anno’s. He helped the beloved director create Neon Genesis Evangelion, directed half of End of Evangelion, and then co-directed the Rebuild tetralogy. Hell, Tsurumaki even took over for Anno after his controversial exit from His or Her Circumstances.

He’s his own person though, born in Niigata in 1966, and by 1990 he was working as an animation director on Anno’s Nadia. In an interview conducted not too long after End of Evangelion was released in theaters, he plainly stated that the psychological upshoot he felt when working on Neon Genesis Evangelion was the best he’d ever felt in his life. In that same interview, he espoused that fans ‘really should let Evangelion go now’. Of course, they wouldn’t be able to for the next 20 years.

For the record, though steadfast working at Khara for the entirety of Rebuild, he also did some storyboard work for 2010s Panty & Stocking back at Gainax, suggesting he doesn’t share his mentor’s bad blood with the studio.

It’s difficult to tell where Hideaki Anno ends and Kazuya Tsurumaki begins in Evangelion, and you might not even be able to tell in His Or Her Circumstances without the credits differentiation. Tsurumaki exudes less introspective murkiness compared to his predecessor and instead opts for mechanical precision, whether he’s directing giant-biomechanical spectacle or a nuanced conversation between two characters.

Conscious of creating FLCL ‘thoroughly’ in his own words, Tsurumaki has an exact image in his mind he always tries to get on screen, though he’s happy with his results even when he fails. Interestingly, if you watch Gunbuster 2 you could probably notice that a lot of the sparse cockpit and space-ship interiors look quite similar to the imagery utilized in Rebuild Of Evangelion, portending that his involvement as ‘co-director’ in those movies shouldn’t be understated.

Like we do on every ‘Know the Creators’, we’re giving you three recommend entry points into Kazuya Tsurumaki’s creative stylings. Though, take this Hikaru Utada music video he cut as a bonus.

End of Evangelion -Episode 25: aka ‘Air’

Kazuya Tsurumaki directed the first half of End Of Evangelion, and co-directed all four Rebuild movies. Sure, old Hideaki helmed these projects as their over-all creative director and mastermind, but without his most trusted brother at his side for all these years, the whole mess could’ve ended up quite different.

Even though Anno likely came up with these particulars, Tsurumaki’s budding directorial skills landed these borderline-taboo segments with the exact artistic precision needed for them to read as wholly moving instead of crude.

Okay, maybe End Of Evangelion isn’t the best place to start with Tsurumaki, but we needed to give him credit where it’s due.

FLCL: aka Fooly Cooly. There’s a Reason Fans Clamored for a Sequel for 18 Years.

If the Fooly Cooly sequels are already three years old, a horrifying thought, that means 21 years have passed since Kazuya Tsurumaki put together FLCL. Six episodes so good and so beloved by western fandom, Adult Swim themselves fronted the money to help it eventually continue.

Anno told Gainax, after finishing End Of Evangelion, ‘it’s Tsuramaki’s turn next’ and so he and the studio endeavored on the now-classic OVA about a frustrated adolescent in a stifling town turned upside down. Within six short chapters, Tsurumaki unloaded multitudes of contrasting moods and atmospheres onto the audience in an attempt to intentionally craft something, in his words, sophisticated.

He succeeded, but fans often downplay FLCL’s trademark hyperactivity in service to the great coming-of-age story underneath its cartoon exterior. We love all of FLCL‘s many subdued and scalpel-precise character moments that are signature to Tsurumaki, but you can’t just ignore all the robots bursting out of people’s foreheads, or the giant anvil lying in the background of every establishing shot.

FLCL not taking itself too seriously is one of its greatest strengths.

Gunbuster 2: aka Diebuster. A Perfect Encapsulation of Gainax Past and Future

If there is one Gainax show that most completely represents the studio’s broader legacy, it just might Kazuya Tsurumaki’s Gunbuster 2, the studio’s 20th-anniversary project. It harkens back to the studio’s second major original production, retreading the ‘aspiring young girl pilot’ theme. And bonus, you absolutely don’t have to have watched Gunbuster at all to appreciate the OVA.

Instead, the 2004 work feels more like a spiritual sequel to FLCL, and even contains a few canonical nods to it. Tsurumaki tones down, though doesn’t completely remove, the whacked-out humor from Fooly Cooly, and in its place scales the ruckus to galaxy-sized stakes and throws in some old-school Super Robot action for flavor.

Gunbuster 2 represented Gainax’s past and future, as just a couple of years later, we’d get Gainax’s Gurren Lagann which spiritually picked up where this OVA left off, and Tsurumaki reuniting with Anno to helm Rebuild of Evangelion.

It says something that Kazuya Tsurumaki directed, perhaps not the definitive, but the most-Gainax anime of them all.