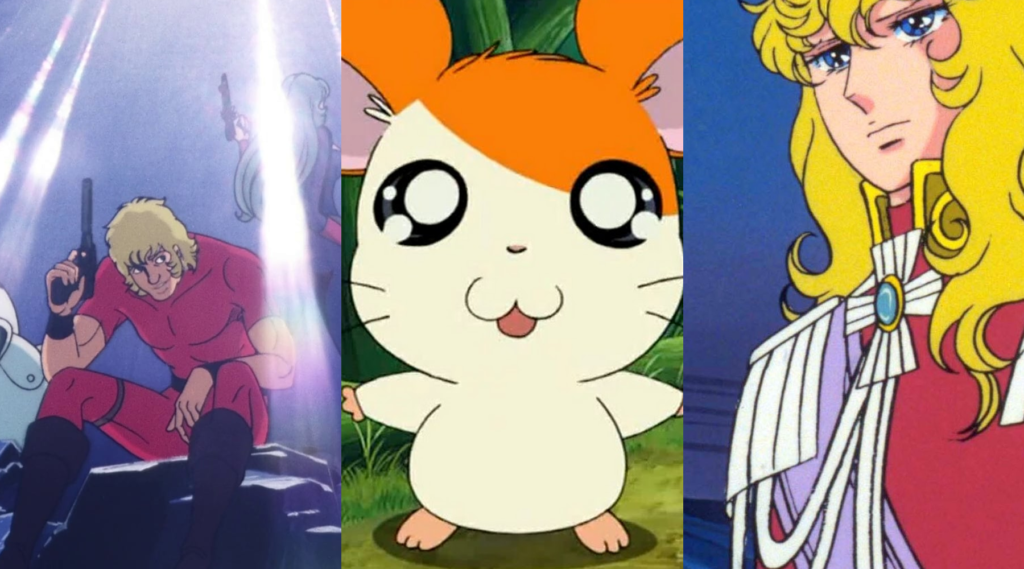 Many of the greatest creators in anime history happen to have been named Osamu, and often these Osamus are underappreciated by the younger generations of fans.

Of course, you have the godfather Osamu Tezuka who independently revolutionized both manga and anime. Neither would exist like they do today without what he did every waking moment of his life. Director Osamu Kobayashi impacted a down-to-earth sensibility so rarely found in animation he’s nothing less than an all-timer despite only holding a few directorial credits.

One other important Osamu only known by old head of anime fans, despite the prolific and enduring nature of his multigenerational work, would be Osamu Dezaki, who you’ve seen even if you don’t know it.

Before working alongside fellow Osamu Tezuka on the first-ever TV anime Astro Boy, Osamu Dezaki had been drawing ‘rental-manga’ and took part in his college’s animation club. He even a held a job at Toshiba for a year where, as he put it, he just lazed around with nothing to do. After applying to Tezuka’s newly founded Mushi Productions in the early 60s, and became a key-animator on Astro Boy within three months.

Apocrypha: They say Osamu Tezuka didn’t like it when employees would call Dezaki ‘Osamu-chan’.

Not only would he animate and eventually direct a metric ton of anime at Mushi-Pro before moving on to TMS Entertainment and eventually co-founding MADHOUSE with Rintaro and Yoshiaki Kawajiri, he even did key animation on the Christmas classic Frosty the Snowman.

His brother Satoshi Kawajiri also worked in the world of animation.

Osamu Dezaki Could, Would, and Did Direct Absolutely Anything

While Osamu Dezaki is a distinct enough animator to have pioneered a seminal animation technique still used by many today, he also would direct absolutely anything. He brought myriad legendary manga to life like Ashita No Joe, Golgo 13, and Space Adventure Cobra, but he’d also go on to direct movie versions of Air and Clannad, as well as an anime spin-off of forgotten Hollywood shlock Ultraviolet.

No matter if he was trying to depict realistic surgery in Black Jack, convey the underpinnings of the French Revolution in The Rose of Versailles, or getting his Rumiko Takahashi in One Pound Gospel, he always strived to impart his works with gravity found in both how his characters talked and the intensity he’d impart to all his animation.

He was a notorious perfectionist who always took on more of the storyboarding work on himself than he needed to.

You know that thing that anime likes to do where the last frame of an episode or a climactic scene fades into a more detailed drawing of itself? Story has it that Osamu Dezaki himself pioneered the technique in his legendary Ashita No Joe, and whether or not this really was the first time any animator in the entire world had ever done such a thing, Dezaki would certainly make the effect his own throughout much of his work.

Wanting to achieve that same stark visual effect, author animators would eventually start incorporating their works with these fade-outs, and by today the Dezaki effect is nothing short of an animation staple. Even works from the last ten years like Kill La Kill put their spin on the age-old technique.

Knowing where to start with Osamu Dezaki is an impossible task if you look at his filmography. From helming classics like Ashita no Joe and Black Jack to having dolled out four separate Hamtaro movies, Osamu Dezaki was involved in the most recognizable classics. You’d need a dowsing rod to help you determine your journey.

Thankfully, you have us with our ‘Know the Creators’ tradition of providing a selection that broadly, though not fully, paints a picture of today’s artist in question.

The Rose of Versailles

Osamu Dezaki may have only directed the second half of The Rose Of Versailles but many would call it his masterpiece. Of couse Riyoko Ikeda’s original manga broke ground depicting the French revolution through shojo story-telling, but Dezaki’s tenure on the animated version elevated the series to new heights through his penchant for meticulously controlling every aspect of his animations.

It’s not just remembered one of the most beloved anime of its time, coming out just a year after Mobile Suit Gundam, but remains surprisingly watchable and fresh all these years later. The early 90s would see Dezaki adapt another manga from Riyoko Ikeda called Dear Brother that, while not as ground-breaking, some would say ended up the more consistent work.

‘Know The Creators’ wouldn’t be an OTAQUEST column if we had an opportunity to make people watch Lupin the Third and didn’t take it. While he didn’t helm any of the television series, Osamu Dezaki did direct the first four Lupin TV specials and then came back for a fifth a few years later, forever etching Dezakiness into the franchise and thereby making him spiritual brothers with fellow Lupin architects Hayao Miyazaki and Redline’s Takeshi Koike.

The Dezaki-directed specials all read as grand swirling adventures, taking the thief and his pals to New York and Russia, among other places. They play up the cheekiness of the titular character but also get a little weird with it, though he’d do weirder in his storied career.

Blutnly, Space Adventure Cobra the Movie should be remembered as one of the essential anime films alongside Ghost In The Shell and Akira. While he also directed the excellent 80s Sci-Fi pulp TV version of Cobra, Osamu Dezaki achieved the peak of his visual creativity around the 20-year mark of his almost 50-year long career.

The high-budget movie adaptation of Cobra’s first big story arc delves into a number of full-on psychedelic excursions guaranteed to hypnotize the viewer straight into the 80s anime dimension.

We say this a lot at ‘Know the Creators’, but they don’t make anime like this anymore.