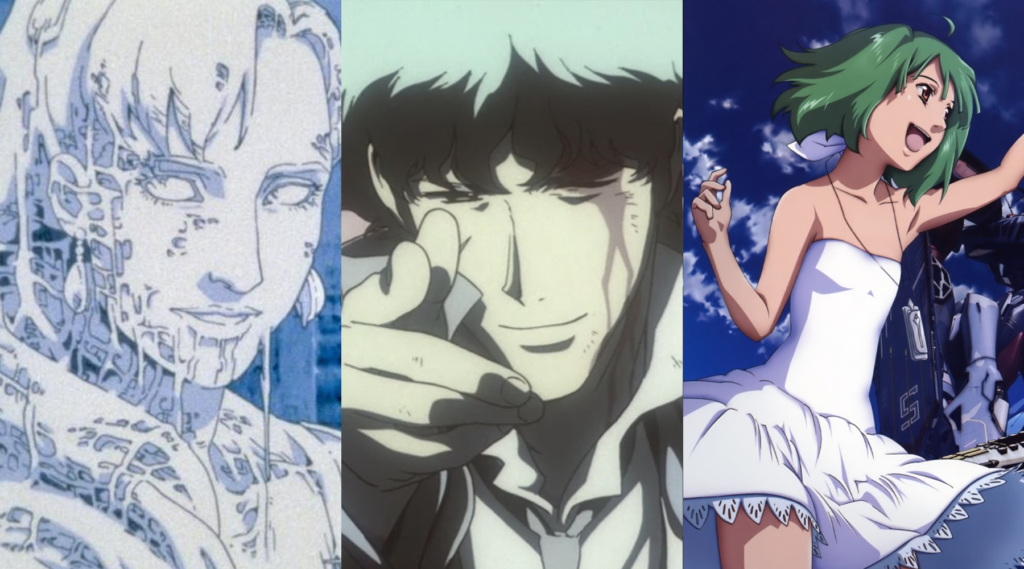 Yoko Kanno. Can you name any other anime music composer who’s so integral to her most popular series that the producers of its western remake head-hunted her to compose the darn thing? Perhaps Ghost In The Shell (2017) would have been a touch better if they nabbed Kenji Kawai, but where they failed Netflix may succeed with their much-appreciated move of signing on Yoko Kanno to score their new iteration of Cowboy Bebop.

Of course, her enormous and always consistent body of work matters more than Netflix’s approval ever could, but seeing them get it right speaks to how seriously Kanno’s taken by fans and creators alike, not to mention we’re plum excited by the concept of ‘more Bebop music’ made by the one person who could ever make it.

As iconic that jazz, blues, and rock fusion sounds are, long-time fans know that her catalog and abilities span much farther than giving sound to space bounty hunters.

Kanno picked up her taste for music at a young age, exposed to gospel and choir sounds at family church, echoes definitely traceable throughout her discography. She grew up with a piano in the house and was already composing music in grade school, but seeing her college friend at Waseda perform live opened her eyes, or ears so to speak, to a wider passion for tunes. She then joined that band, and before long, Koei had asked her to compose for a game of theirs, launching her professional career.

She says she doesn’t particularly consider ‘genre’ when composing her music, which may well explain why she’s able to employ and intertwine such a variety of sounds in her song-writing. She works from moods and characters, allowing her imagination to determine the form her songs will take. This mindset’s carried her from games to anime to film to commercials and beyond.

Excelling Through the Lack of Genre; On Hearing Yoko Kanno

The sheer dearth of Yoko Kanno’s sonic palette, combined with her seemingly limitless ability to compose and arrange any type of song she imagines, bewilders us all this time later.

As she’s continually proved over her 30-year career, Yoko Kanno can do anything: Spunky pop ballads for aspiring J-Poppers, whole orchestral suites demanding to be played in a cathedral, ethereal soundscapes phasing you to other realities, choral oddities jazz notes ranging from somber to frantic, and even commercial jingles.

She fires on all cylinders, and remember that this is just a summary, friends. Her accomplishments run even deeper.

While Yoko Kanno doesn’t have a single genre she specializes in, the more you hear her work you can begin to grasp some of the common through-lines in her composition and production. Most notably, she loves fusing genres and sounds every-which-way, like propping up her jazz notations with swaths of ambient padding, or exploring the rich contrast between a high-pitched choir and Mai Yamane’s signature husky croon on Cowboy Bebop’s seminal final episode closer ‘Blue’.

The results of her always varying experimentation fill one cartoon after the next with songs overloaded with sounds you never heard, all written and recorded with surgical precision, always tugging on your heartstrings.

As is tradition on our ‘Know the Creators’ column, we want to equip you with a base selection of an artist’s output to help ease you into their work, though not necessarily consisting of their most-popular offerings. Particularly in the case of Yoko Kanno, you’ve heard Cowboy Bebop which is an undeniable masterpiece from start to finish, but with her compositional abilities spreading far wider than even its pleasures, we’re opting to start you elsewhere.

Kids on the Slope

We are not including Cowboy Bebop in this write-up, but you knew we’d have to include at least one of the celebrated Shinichiro Watanabe and Yoko Kanno collaborative works. Kids on the Slope‘s perhaps the most muted show in the famed director’s line-up, but being an anime about high-schoolers actually playing Jazz, it uniquely stands in Yoko Kanno’s catalog. The score itself features a mix of Jazz standards, original Jazz compositions by Yoko like ‘Milestones‘ above, and some of the not-so-easy-to-categorize genre fusion stuff she’s known for.

Both within the and separate from Jazz-cuts, so much of the show is lined with fluttering piano keys, enhanced by thumping drum-beats. Its small-scale local narrative gets elevated into a sweeping audio-visual experience largely thanks to Kanno’s sound.

Plus all that delicious roto-stopped animation used to capture the live performances of the characters set to the most authentic, hard-hitting Jazz music our girl’s ever done composed, makes the show a must-watch alone.

Created by Cowboy Bebop script-writer Keiko Nobumoto, the Adult Swim classic very much carries within it the DNA of its predecessor, and just like the cowboy show, Yoko Kanno gave this gut-wrenching tale of shape-shifting wolves searching for paradise a sound its own.

You won’t hear many jazz-inspired cuts throughout the course of Wolf’s Rain, but don’t let that stop you from sinking in your fangs; A real mixture of everything Kanno does best, you’ve got a number of beautiful classical-guitar selections juxtaposed with forlorn string arrangements, with some contemporary takes on rustic folk-cuts to evoke the show’s staple forlorn and fleeting atmosphere.

In addition, the opening blaster ‘Stray’, recorded by Kanno with frequent collaborator Steve Conte’s an all-time anime opener. Then again, so is ‘Tank’ and both openers from our last recommendation.

Over the course of its two seasons and feature film, Yoko Kanno’s composed an extended selection of songs (that could be called her most diverse and comprehensive) for Ghost In The Shell: Stand Alone Complex, which jumps from funky-psychedelic to transcendental, crushing-industrial to swelling-orchestral, bluesy-riffage to even some butt-rock, all within minutes of each other.

Not just blending genres and production techniques with the kitchen sink, but here Kanno more than ever before incorporates digital elements to her sound, not only very befitting of the Ghost In The Shell lineage even prying further open-wide her already-then limitless potential.

Her collaborations with the late, great Russian born Origa on the New Age openers ‘Inner Universe’ and ‘Rise‘ routinely make it on best lists, and deeper cuts like ‘I Can’t Be Cool’ and ‘From the Rooftop’ seamlessly marry so many sounds together they help to establish the unique Yoko Kanno genre.