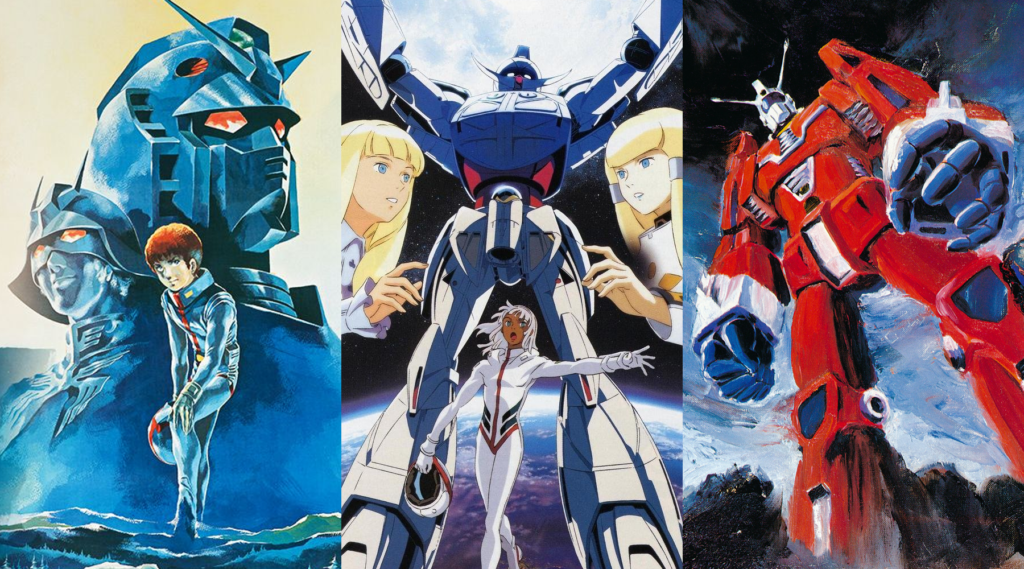 Mecha anime lives and dies by the standards and innovations made by the then-38 year Yoshiyuki Tomino and by his creation of the ‘real robot’ genre through the original Mobile Suit Gundam and the Universal Century framework built on top of it over the years.

The newest film at the time of writing, Gundam Hathaway, brings audiences back to the fictional universe that would define it all for years to come. Though the affectionately nicknamed ‘kill em all’ Tomino didn’t direct Gundam Hathaway, he did pen its original novels, meaning the resulting film was inundated in then Gundam creator’s tradition from its very inception.

For that reason, we’re deep-diving on this particular robo-cartoon visionary, who, from its very inception at Osamu Tezuka’s fingertips, saw the medium of anime grow, before leaving his own fingerprints all over it.

Despite being the creator of an enduring science fiction continuum, Yoshiyuki Tomino calls reality his motivation, certainly evidenced by how grounded the Universal Century has always been. Perhaps some of that grounding comes from his origins, working side by side with Osamu Tezuka all the way back to 1963’s Astroboy, the first-ever TV anime.

That link to Tezuka would continue even after leaving Tezuka’s Mushi Productions, with Tomino’s directorial debut being an adaptation of Tezuka’s Triton in 1972. He’d then join SUNRISE, and start craft ‘Super Robot’ shows like Zambot and Daitarn before revolutionizing the genre forever.

That basis, in reality, would continue well throughout his robotting, and learning that Mobile Suit Gundam’s earliest fans were largely female taught him to be the type of creator who could keep different audiences and viewpoints in mind.

On the flip side, he almost-proudly boasts a certain stubbornness that allows him to blanketly say that he’ll always prefer 2d animation over ‘Pixar-like 3D animation’ even when trying his hand at the latter! Despite it occasionally hindering him and his creations, he hasn’t let go of his pursuit of reality all these years, calling Recognuista In G a result in his meditations on how aspects of space development would change politics and culture, for the worse!

The Super Robot to Real Robot Revolution: How He Became Kill ‘Em All Tomino

Yoshiyuki Tomino jumped to SUNRISE in the mid-70s, where they had him grinding away on Brave Raideen, Voltes V, and the other aforementioned Super Robot shows. While these largely clung close to the Gigantor and Mazinger monster of the week format, going back to them post 1979’s Mobile Suit Gundam, you can see the elements of him trying to break out of the toy commercial shell.

Mobile Suit Gundam (1979) was born from a desire to portray the horrors of war and what mech pilots would almost certainly experience in real life. His decision to apply his realistic edge to SUNRISE’s yearly robot offering cemented the legend forever. Of course to achieve that, a lot of fictional characters had to die along the way, knicking the nickname ‘Kill Em All Tomino’ for the director.

Even after Gundam, he’d keep up with his themes of relative realism in the majority of his works, gleefully upping his body-count along the way. Despite the silly name and frank terms, it’s all clearly done its service of speaking out against these kinds of atrocities in real life.

As is our time-honored tradition on ‘Know the Creators’, we’re offering to you three shows you should watch to begin grasping Yoshiyuki Tomino. By no means is this an exhaustive list, as most everything he’s directed from Mobile Suit Gundam on is worth your time, but here’s where you should start!

Some might say it’s sacrilege to recommend compilation films over a TV series, but we touched on why a little in our recent Guide to UC Gundam; In short, these films, recut by Tomino himself, feature a ton of animation touch up, and the new scenes added them and the minor changes made along the way are considered canon.

Amuro versus Char, The Earth Federation Versus Zeon, decades of nerds versus an ever-growing backlog of plastic model kits… Gundam’s legacy starts here, and there’s no better place to start wrapping your head around Yoshiyuki Tomino’s genius.

Even if it didn’t spawn one of the biggest anime franchises ever, Mobile Suit Gundam in a vacuum weaves a complex anti-war tale that demands to be watched. It was inspired by the director’s own experiences growing up during the fall-out of World War 2.

Until he finally resigned himself to SUNRISE and toy producers’ requests to make more Gundam, Yoshiyuki Tomino wasn’t content to repeat himself for the longest time, and arguably didn’t even after embarking on Zeta Gundam and beyond.

The show’s he made in between the original Mobile Suit masterpiece and its even better sequel are all worth a watch at least, with fans being partial to Space Runaway Ideon, a noted influence on Neon Genesis Evangelion, but we want to offer up Aura Battler Dunbine’s name. The auter threw everything at the table, blending science fiction and fantasy, and even some political elements, topped with a proto-isekai twist to make the Aura Battler Dubine a show years ahead of the time.

He must have been particularly fond of it, as he’d return to its universe several times in smaller works like The Wings of Rean and Garzey’s Wing over the following decade.

Turn A Gundam divided audiences when it came out and to this day remains something of an outlier in the Gundam web. However, those who stand by Turn A Gundam don’t just like it a little. Counting ourselves amongst its fans, we place Turn A Gundam on a throne-like pedestal, supported by the weight of the rest of Yoshiyuki Tomino’s filmography.

For his big return to the Gundam franchise after Victory flopped, with producers deciding to incorporate Alternate Universe shows in response, Kill Em All Tomino incorporated everything about the show sculpting craft he ever learned to satisfy every artistic impulse he ever had.

The core anti-war messages of his original universal century run, the L-Gaim’s refined sense, the more philosophical nature of Ideon:Turn A Gundam has it all.