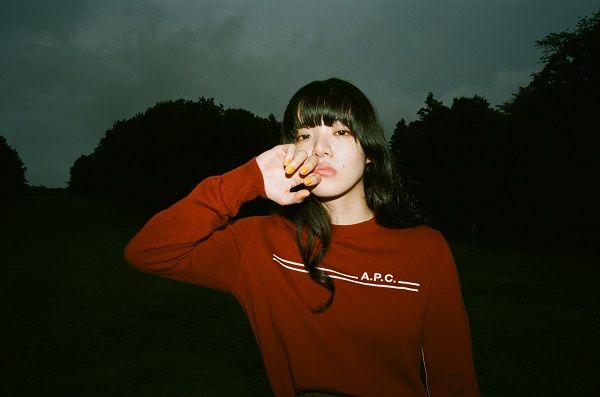 In this feature, Otaquest aims to help introduce some of Japan’s best musicians to the world. Today, a singer/songwriter who emerged at a time when Japanese listeners were tired of perky escapism, and wanted something more reflective of the often-drab lives they experienced in modern times. She delivered just that, capturing the meh-ness of it all in incredible detail and offering a few cracks of light in.

Even when she’s not on top of the charts herself, AIMYON finds a way to have a heavy influence on what listeners in Japan are returning to over and over again. In the last month, Takumi Kitamura’s performance of the song “Neko” on the popular YouTube series The First Take has become a hit in its own right, bringing in over 30 million views at time of writing and catapulting up a variety of digital-first charts. The AIMYON touch? She wrote the song.

That’s a direct connection to AIMYON, but it isn’t a stretch to see her spirit present in other 2020 hits from the likes of YOASOBI and yama. As J-pop pivots to more songs dealing in themes grounded in reality — which oftentimes means embracing more downer vibes — her influence, at least in terms of lyrical content and mood, becomes clear. Since 2015, she’s been creating songs reflecting a world many know well, but had often been ignored in Japanese mainstream music in favor of the bubbly and the escapist. Yet she connected, and has become the biggest female artist in the country.

To really get a sense of what made AIMYON stand out in the mid 2010s, it’s important to look at where J-pop was at the time. Peak idol — powered by AKB48 — was on the wane as 2014 progressed, though the generally upbeat sound remained everpresent. Nishino Kana was beginning her ascent up the J-pop hierarchy by embracing a Taylor-Swift-ish twee sound culminating in 2015 mega hit “Torisetsu,” a lovey-duvey number oozing with Hallmark charm. Save for BABYMETAL becoming surprise J-pop ambassadors to the world, Disney-fake sweetness remained the defining sound of pop in the country, especially for female performers.

AIMYON isn’t the first artist to subvert this kind of atmosphere — the history of J-pop is full of acts who got big for offering something heavier compared to whatever was big for a while — but she offered a whole new perspective missing from the industry. She started playing guitar in junior high school, and displayed a skill that got her attention almost immediately Her earliest songs touched on contemporary challenges for young people and often featured tongue-in-cheek humor. Major labels came courting, as did big-time opportunities — her first writing credit came on a b-side for the group Johnny’s West.

Her big breakout, though, was the song / video combo for “Anata Kaibou Junaika ~Shine~” a song turning love into something nearing on the homicidal. The accompanying clip (above) was done completely via the popular messaging app LINE, and showed off AIMYON’s creativity and ability to know what people her age were actually doing. This sense appears all over her first major label EP, Tamago, though her biggest accomplishment — and catalyst for a J-pop paradigm shift — was still to come.

AIMYON’s 2017 debut album Excitement Of Youth might possibly end up the most important full-length release of the 2010s. Besides helping establish the shift to a focus on realism and the downbeat elements of life in modern Japan — not to mention catapult AIMYON into the limelight — Excitement Of Youth taught a large part of the J-pop industry what subscription streaming could bring to the industry.

Japan was famously hesitant to embrace platforms such as Spotify or Apple Music, with a continued emphasis on physical sales even while the rest of the world was moving away from CDs. Excitement Of Youth was the first J-pop album to show the potential of streaming for the country. AIMYON’s first full-length release peaked at the 26 spot on the then-physical-only Oricon Charts, but it would top subscription streaming rankings. And it would stay around, hovering in the top five for the next year plus. At the time, some artists were willing to upload catalogs to streaming, while others stuck with tired-and-true formats. Today, nearly everyone goes the way AIMYON did.

After Excitement Of Youth, AIMYON’s profile continued to grow, with her realist take on the world drawing attention from an audience that appeared to have been burned out by the upbeat stuff. She capitalized on the focus, and delivered her biggest hit to date. “Marigold,” released in mid 2018, became one of the year’s defining hits, matching up her downtrodden words with glimpses of hope and the catchiest chorus she has ever written. It shot her up to the top level of J-pop, leading her to the year-end Kohaku extravaganza and bigger venues. It also made anticipation for her next album, Momentary Sixth Sense, all the higher.

Her sophomore album captures AIMYON at her creative peak. She details the ups and downs of being young in modern Japan — no money, no time, a longing for someone or anything to fill the voids created by modern life. She flexes a wide variety of styles here, dabbling in ballads and punk pop. She spent the rest of the year furthering this exploration — with some nice slower songs coming out of it (below) — but to now, this is her high point.

AIMYON has kept busy in 2020, releasing a handful of original songs. Yet it’s more intriguing to look at the ways she has branched out. The aforementioned Takumi Kitamora song reminds of her behind-the-scenes skill, while she has also flexed some dance-pop know-how too. She guested on a new single from singer/songwriter Ken Hirai, one operating at a bouncier pace than she’s normally used to. And she fits in wonderfully, her vocals working well alongside the ping-ponging synthesizer melodies.

One of AIMYON’s earliest songs sounds a little rough, but her wit comes through clearly. Here, she’s funny while also sneaking in some good throwback music references and commentaries on life in the 2010s.

AIMYON’s ability to zig when others would zag comes out clearly on this number, which opens with rapid-fire sing-speak, before building up to an all-together chorus backed by a twinkling piano melody.

Besides sporting one of the finer stomps found in her catalog, this number excels at lyrical details, exploring romance from a sexual angle that would have been a no-go six years earlier in J-pop.

Her biggest hit, and one of the defining songs of the 2010s. It makes sense too — she hasn’t come on a better chorus yet.

A good example of how AIMYON can add her own touch to a familiar J-pop formula.