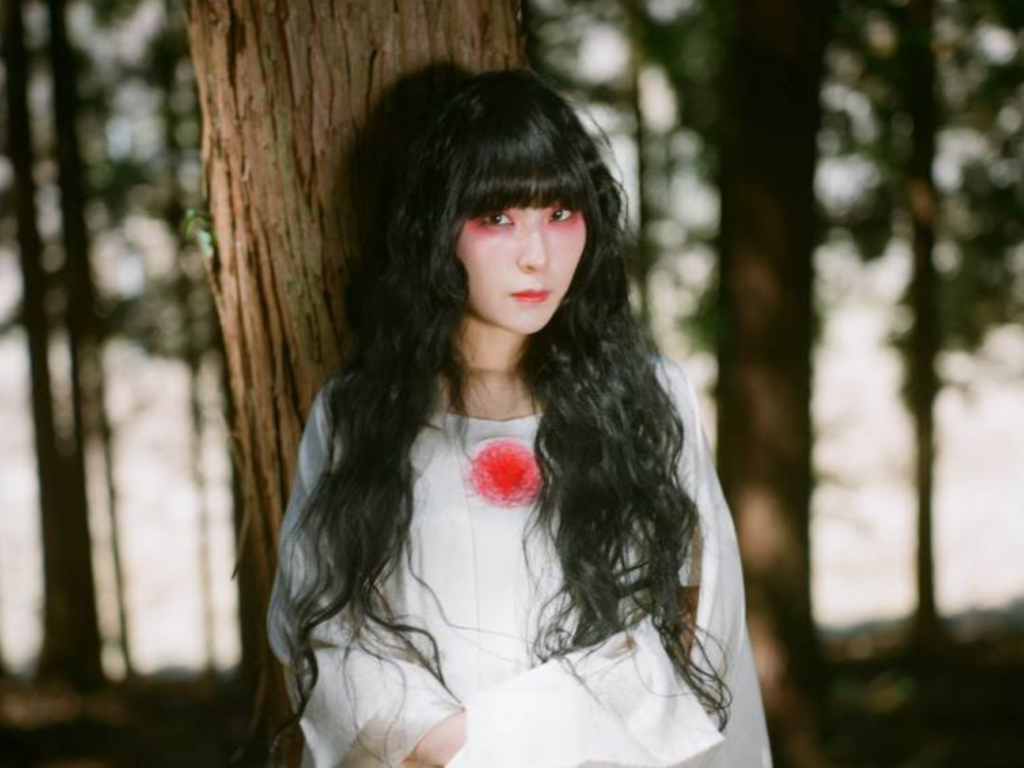 In this new feature, Otaquest aims to help introduce some of Japan’s best musicians to the world. Today, an artist who started her career as a mysterious, hushed rapper who soon found unlikely success as part of a massive J-pop hit. After trying to figure out how to move forward from a smash hit and establish an identity, she’s found a sound that fits her by returning to what she did so well at the beginning — stand out.

Sudden fame is never easy to adjust to. Now imagine going from being an on-the-rise musician operating on the edges of the mainstream suddenly shot to the very top of the industry thanks to a year-defining hit. What would you do next, with all this newfound attention pointed your way?

DAOKO experienced this very quandary after 2017’s “Uchiage Hanabi,” a ballad featuring writing and guest vocals from Kenshi Yonezu. Unexpectedly, this single tied to an animated movie that quickly fell to the wayside became that year’s biggest hit, turning a woman who started her career as a “whisper rapper” offering insights into the life of a Japanese adolescent into a household name. It’s not like she was invisible before this — she’d collaborated with big names, and provided vocals for buzzed-about animated videos. Yet anchoring a song known by people from age eight to 80 was new territory.

Watching where she went after that success was an often interesting, frequently frustrating experience — sometimes she tried to bend J-pop towards her whims, while other times she tried to adjust her own artistry for commercial success. It was a hit-or-miss period, but it was all worth it for her latest album, anima. Released this week, her eighth full-length finds her carving out just the right space for herself in Japanese music, working with wonkier producers and letting her own writing spread out. There’s no reservations about scoring a hit or having to be the “Uchiage Hanabi” vocalist — it’s just her following her own paths, and reaching an artistic high.

She’s accomplished plenty leading up to this moment, though, and has proven to be one of the most influential creators in recent Japanese memory. Here’s a look over her career.

Like a lot of young Japanese creators at the start of the 2010s, DAOKO started developing her style on video site Nico Nico Douga. She uploaded songs to the platform, and from the start her approach caught attention. Over lithe beats, she delivered intimate raps about life as a teenager in a voice approaching a whisper, but never going full ASMR. There was a slightly mysterious air to it all, only made more perplexing by her being a student. Early releases capture this sound well, while her first full-length album (below) showed thematic ambition. Across this debut, she delivered her sing-speak murmurs over faded synths, heavier rock backdrops and even poppier places (“COLORS”).

Not to jump too far ahead, but it’s pretty remarkable that, by this early point in her career, DAOKO had already laid down a set of songs that would prove among the most influential of the decade. In the years after her emergence, many whisper rappers started getting similar looks, often exploring similarly personal subjects. DAOKO isn’t necessarily the first artist to make music in this style in Japan — rock band Soutaiseiriron’s Etsuko Yakushimaru being a key reference point (stay tuned) — but she offered a new angle on it that would become standard as the years went on.

By the time she put out 2013’s GRAVITY, her influence was starting to pop up in the country’s music community. Across this sophomore release, though, she was hinting at new directions she could go…including steps closer to the mainstream. The biggest stab at that, though, came a couple months earlier with “IRONY,” an m-flo song she featured on. Backed by piano notes, acoustic splashes and synth swirls, the song offered a gentle backdrop for DAOKO’s soft rapping. It was her first step into the spotlight, though she would soon be enveloped in it.

Now is a good moment to touch on how strange DAOKO’s career has been. That starts in 2014 with “Me! Me! Me!,” a song done with producer TeddyLoid for an animated short done by Hibiki Yoshizaki. It centers on an anime-obsessed boy’s descent into madness, with the accompanying tune adding to the trip-like vibe. It went viral, and even received the “YouTubers React To” treatment (crazy enough…that wouldn’t be DAOKO’s last run in with professional reactors).

While that one got attention, it didn’t propel DAOKO herself into the stratosphere. Rather, it made her path forward easier. In 2015 she offered up two albums offering a sort of audio transformation. Dimension came out via her old label Low High Who?, and provided one final set of the whisper rap she made her name on. Soon after, she put out DAOKO, an introduction of sorts to the greater J-pop world. This wasn’t a total abandoning of her sound for something eyeing the commercial world, but more of a recalibration. Here, she was joined by bands helping to flesh out her song (and bring her closer to the Soutaiseiriron sound than ever before) or offering up a semi-cover of a tofubeats’ classic to show her range (below).

The more obvious stabs at pop stardom came after that album. These ranged from bass-crushing collaborations with TeddyLoid, retro-tinged dance pop and a zippy post-”Happy” number called “Bang!!” which features a pretty wild video of DAOKO shooting cops. Watch that last one below.

“Uchiage Hanabi” changed DAOKO’s entire career. As mentioned in our Kenshi Yonezu introduction, this skittery ballad became 2017’s biggest hit, a surprise powered by YouTube. While Yonezu had already gotten bigger mainstream glances, this number slingshotted DAOKO as high as possible, in a blink. She was appearing on weekly TV music shows and popped up at the year end Kohaku bonanza. After trying for a hit in the previous two years, she suddenly had one.

The twist, though, was that it was in a style she hadn’t really done before. “Uchiage Hanabi” was a ballad, and while she worked wonderfully on the track, it was an outlier. That year’s THANK YOU BLUE tried to capitalize on her newfound fame, by bringing together old singles alongside “Hanabi” and new songs experimenting with where she could fit in the greater J-pop ecosystem. These ranged from collaborations with Yasayuki Okamura to collaborations with instrumental band D.A.N. While she never went full J-pop ballad, she did dabble in tunes that would be closer to that lane, in an effort to see if they’d stick. Same goes for her next album, which found her even trying out electro-pop with Yasutaka Nakata.

Both albums, however, feel a bit lost. While highlights do pop up, they represent an artist shoved right onto the biggest stage imaginable with a style that wasn’t in their usual repertoire. DAOKO had to try to adjust to J-pop, but over these two releases can’t quite find the right fit, resulting in an artist trying to be a chameleon. Problem is, DAOKO has always had her own signature sound setting her apart.

After being lost in the pop woods for two years, DAOKO stopped trying to change herself for J-pop and just decided to make pop work within her world. Her latest album, anima, is her best to date, as she stops chasing the limelight and instead follows her own artistic inclinations for the better. Part of its success is clear right from the tracklisting — only one song features another artist (somewhat incredibly, rappers SCHA DARA PARR pop up and fit right into DAOKO’s world, more so than other guests from recent years), with the rest allowing DAOKO to flex her vocal skills, leaning towards her whisper qualities once again. And she’s not squeezing out happiness either, as many of the songs here take a more downbeat read on modern life, avoiding pop sugar rush in favor of 2020 realism.

Which isn’t to say it lacks bangers — just now, the catchiness comes packaged in wonkier sounds courtesy of an eclectic group of producers running from Nariaki Obukuro (who handled the above bit of freak-out pop) to Indonesian electronic artist pxzvc. It’s an adventurous set, finding DAOKO reclaiming her art and delivering her masterpiece to date. Now she shouldn’t worry about anyone else but following her own vision.

Backed by a beat practically blanked by digital mist, DAOKO offers an early highlight reel in everything she does so well.

DAOKO’s voice at its most versatile, telling a story you can understand even if Japanese goes above your head.

The music of Soutaiseiriron has always felt like a vital influence for DAOKO, and on her first attempt at making real J-pop moves she nods to that band with this nervy number.

The title track from her latest album is a good highlight of how DAOKO operates against off-kilter production. It’s also one hell of a vocal, one of her finest.

Wherein DAOKO shines over more spacious production and delivers a downbeat rumination inspired by the rapidly changing Shibuya and her feelings of being alienated by it.