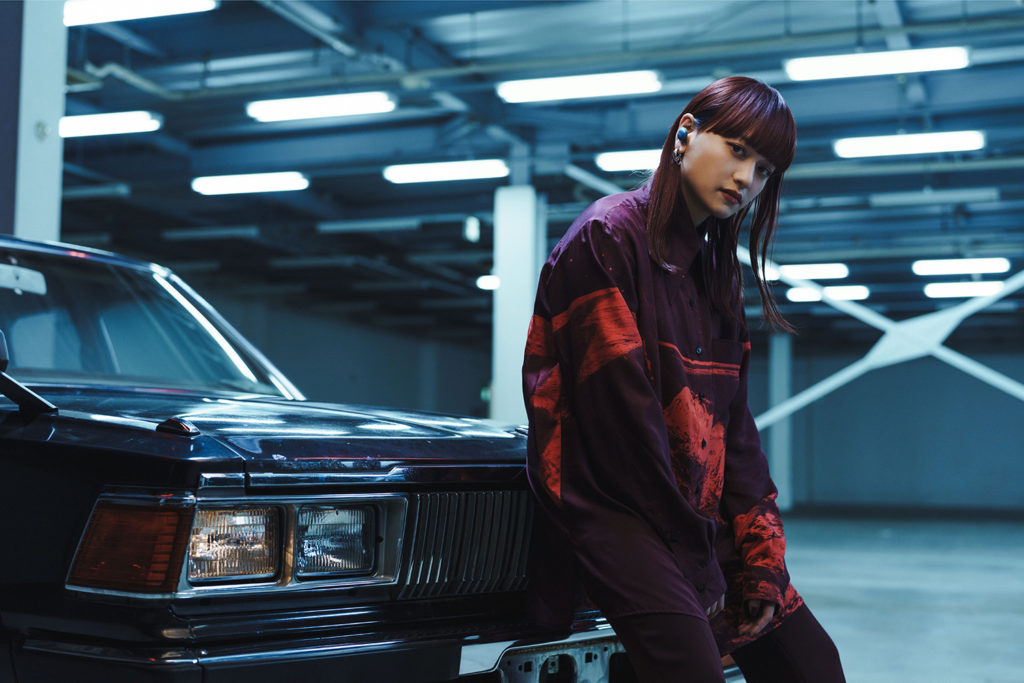 In this new feature, Otaquest aims to help introduce some of Japan’s best musicians to the world. Today, an artist giving new voice to what a popstar can be (while also being the subject of a surprising TikTok meme).

The age of J-pop fragmentation has made it difficult for fans of music to rally around any single artist. This is especially true for women in the industry — at the turn of the 21st century, you had a few superstars towering over everything, but now few can come to a consensus on who the top artist is. Nevermind questioning why they have to be pitted against one another in the first place — that’s the sports-like side of pop fandom coming out. Rather, it’s important to ask…does it even matter?

With 2020 a quarter of the way through, there are dozens of women offering new angles on J-pop. It’s less about crowning one person and appreciating all these different voices, from the downcast vision of Aimyon to perkier highs courtesy Riri. Singer-songwriter iri fits in nicely in this scene. She shares plenty in common with other young artists — a similar pool of producers helping shape her tracks, lyrics touching on life for a 20-something in modern Japan — but she delivers them with a husky voice that excels at both singing and rapping. It helps that she’s also just put out some of the best overall pop of the last few years, peaking with this year’s Sparkle, her finest full-length to date.

She doesn’t have to be the voice of a generation, but iri absolutely is one of them…albeit, one of the better ones.

There’s a reality where iri goes down a very different sonic path than the one she ended up on. The Kanagawa-born artist caught the attention of Sony Music at an audition in 2014, and a year later she popped up on an in-no-rush acoustic daydream by the artist Shingo Sekiguchi (above). It’s a totally different vibe for her, and one placing her in a space more familiar with the generation of J-pop singers before her. Maybe she could have thrived there…but where she went was so much more exciting.

Not long after that she released a single called “Aitaiwa,” featuring a similar acoustic strum and pace, but delivered with hip-hop inflection (remember this one). Then she twisted again with her debut Groove it. Possibly owing to the then-ascendent sound of mellow funk taking off in J-pop (coupled with a slight awareness of city pop), that album positioned her as a nocturnal creator navigating the late-night lights over bass slink and club-inspired percussion. It’s more of a snapshot of where she’d go than a truly stand-out work, though highlights such as “Fancy City” and “Favorite Joshi” spotlight the skills and emotional melancholy central to her art.

Sometimes you have to expand your circle to figure out who you are. iri’s second album Juice (and the EP preceding it, Life, which serves as the necessary bridge between her early days and this breakthrough) found her working with artists such as Nariaki Obukuro, WONK, Kenmochi Hidefumi (of WEDNESDAY CAMPANELLA primarily at this point) and Kai Takahashi (of Lucky Tapes) to create a backdrop for her to fully realize her youth-navigating-the-metropolis vision.

Juice remains out past last train, but finds ecstasy even in the lower moments of A.M. “Corner” and “For life” emerge from machine-generated fog into the night with lots of questions on their mind (and, on the prior, declaring “I wanna drink”), but ultimately avoiding dourness in favor of moments of burst. She’s as playful as she’s ever been on the rapped “Fruits (Midnight),” and creates her first pure pop banger with “Slowly Drive,” a piano tinted number about ignoring the questions and just going with it for a bit.

Shade, released in 2019, gave iri the calling card song she needed if pop metrics are vital to how you judge art. “Wonderland” wraps up every sonic and thematic concern she has explored leading up to its release, pairing electronic whizzes with a jaunty piano melody to give life to lyrics about being young and making the most of it, regardless of what anyone thinks. It’s a YouTube hit — she’s got kids covering her online and killing it — and her big step forward.

The album it lives on isn’t quite the pop blockbuster. Rather, it’s iri further seeing how she works with new names, such as Shinichi Osawa (“Shade”) and tofubeats (“Flashlight”). It’s sparser than Juice, and at times lacks the punch she showcased on that album, save for “Wonderland.” Yet when she works well, she shines, like on the darty Hidefumi-assisted “Peak” or woozy “Only One.” It’s a step back overall for me personally, but provided one slow-burning hit and plenty of great ideas she nailed on the follow up.

As is so often the case with how the platform operates, an iri song from the start of her career suddenly became a meme. “Aitaiwa” took off on the micro-video platform sometime in late 2019, soundtracking goofy clips like the one above alongside hyper-earnest romantic uploads from high school couples. Why exactly it rose up to wow the snack-sized content of the day I’m not sure, but the timing couldn’t be better, as it raised iri’s profile right before her finest album yet.

Sparkle tightens up her sound and places iri right in the center of every musical trend shaping J-pop in 2020. Her general approach remains the same — rap colliding with dance-pop, topped off by lyrics exploring youth (although one where the number keeps rising) — but everything hits with just a little more exuberance. This is iri at her brightest, figuring out how to use the possibilities in front of her as a slingshot on “24-25” and the title track (which doubles as one of the best sounding cuts of the year so far). “Runaway” ups the funk that was present on her debut into something solid, while even Hidefumi’s “Freaking” finds her exuding swagger as she tries out a new rap style (over…electric guitar). It features young producers dictating where J-pop is heading — Kan Sano, Shin Sakiura — while capturing iri at her best. Listen below.

Besides being an early snapshot of iri’s ability to balance youthful melancholy with bliss, it’s also one of the bigger curveballs from Kenmochi Hidefumi — something delicate from a guy best known for wild energy.

If you can point me to the parallel universe where this rightfully became an inescapable summer hit, please let me know how to get there.

It’s a great, slightly tipsy musical backdrop, but those verses highlight iri’s vocal skills better than most in her catalog.

If you were going to introduce someone to what iri is all about in one song, it would be this. Favorite details — the synth melody at the start offering a kind of J-popped take on DJ Mustard, and that organ lurking all over the place.

By the time “Sparkle” arrived, the laid-back city funk of the last few years was starting to sound stale. This one finds a way to shoot new life into it, with a buzzy main melody and a zig-zagging hook.