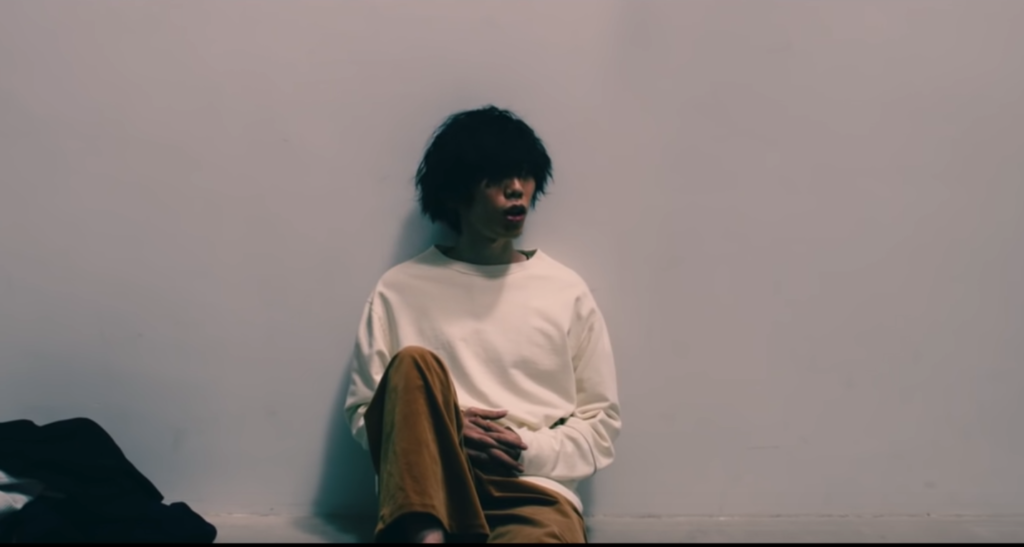 In this new feature, Otaquest aims to help introduce some of Japan’s best musicians to the world. Today, the biggest Japanese artist in 2020 domestically, with advances abroad. He started out as a Vocaloid producer responsible for some of the most memorable hits from that community, and eventually became a solo singer/songwriter who has scored some of the biggest hits of recent time, all without sacrificing the experimentation and honest lyrical style that made him intriguing from the start.

There’s no question that, in 2020, the biggest J-pop star going is Kenshi Yonezu. He lays claim to the most watched Japanese music video on YouTube in the 21st century, super high album sales and packed live shows. He also has written songs for other artists that have gone on to be massive earworms — if you are the parent to a kid in their single digits or a teacher in Japan, you’ve been bombarded by one of his largest smashes in recent times.

What makes this distinction all the stranger, though, is how forward-thinking and downright experimental Yonezu can be. He isn’t the type of artist who becomes an era-defining pop star, but that is exactly what he is now. Yonezu came up, like many young music creators his age, creating music using Vocaloid singing synthesizer software, before deciding to step into the spotlight himself in 2012. Since then, he’s created rock songs subverting the J-rock format, adding in an air of 21st century melancholy to arena-ready numbers. He isn’t afraid to get weird too, and their are millions ready to follow him wherever he goes.

This summer, Yonezu will release a new album titled Stray Sheep. When the news it would arrive in August hit social media, it instantly became 2020’s most anticipated album in Japan. With a couple months before it arrives, here’s a crash course in J-pop’s reigning creative king.

Yonezu grew up in Tokushima, a city located on the east side of Shikoku island. “In the fifth grade, I got a PC and, subsequently, the internet for the first time. My first introduction to music was actually through flash animation cartoons,” he told me back in 2017. His true artistic breakthrough came when he was 18 years old — he moved to Osaka, and came across Vocaloid software. Like many Japanese creators in the 21st century, this opened up a whole new world to him.

As Hachi, Yonezu quickly became one of the biggest Vocaloid producers in the community, with songs such as “MATORYOSHKA” becoming some of the defining numbers of the early Vocaloid scene. This period also hinted out the frantic and intricate approach he’d bring to his solo rock, and he’d return to Vocaloid even while navigating his own career to craft songs such as “Donut Hole” (above). I’m not going to dwell on this period of his career too much, as there is more than enough to touch on under his real name, but his Vocaloid works are well worth your time. Especially the surprise 2017 release “Dune,” a return to using Hatsune Miku that sees Yonezu crafting his Vocaloid masterpiece. Besides boasting one of the most intimidating guitar riffs of his career, it’s also a clever commentary on the state of Japanese video site Nico Nico Douga, where Vocaloid proliferated early on, but in recent years has looked more barren than before.

Yonezu decided to become a solo artist — releasing under his real name — in 2012, starting with the concept album Diorama. That one offers musical vignettes of life in a town…situated on the back of a giant catfish. This fantastical element is extra gravy for an album finding Yonezu flexing his attention to detail, with every song rich with character illustrations offering more depth than most J-rock coming out in 2012. Songs could be driving and downright dizzying like “Go Go Yureisen,” but he worked best when plumbing emotional depths on standouts such as “Vivi.”

This independently released album also introduced another important element of Yonezu’s artistry — he draws all of the album artwork, as while as recording and writing all the music. This would become common even as he switched to a major label after Diorama performed so well, and would be very important as 2020 came into view.

From URL To IRL

When Yonezu linked with a major label, it marked a major moment for Vocaloid creators. While he wasn’t the first internet-centric creator to ink a deal with a big-time player in Japan, he was moving away almost entirely from Vocaloid, trying to show that a generation of kids creating art online could do so in the real world too. Yankee and Bremen answered that challenge emphatically, helping put him on the path towards the top of J-pop.

Key to both album’s success lay in his refusal to conform to the idea of mainstream J-pop, rather making the industry itself adjust to him. Released in 2014 and 2015 respectively, Yankee and Bremen find him exploring a wide range of sounds, from frantic synth-dappled numbers bordering on collapse to come-together rockers. Of the two, Yankee contains a bit more boldness — it’s the sound of someone aching to prove they belong — but both underlined that Yonezu was going to be a J-pop fixture from that point on. And he quickly delivered big time.

Yonezu could have called 2017 a massive success behind just one song. That summer’s “Uchiage Hanabi” found him teaming with DAOKO, an artist who had attracted a fervent following thanks to her “whisper rap” but who wasn’t quite a mainstream name just yet. This ballad, featuring skittery production by Yonezu, changed all that. This soaring number served as a tie-in song for an anime movie that same season, but the music easily blew past the film, becoming the song of 2017 and remaining one of the most popular J-pop songs in recent memory (thanks, in some part, to it being the only Yonezu-featuring song you can find on subscription streaming…those outside the country are fine, but those within Japan’s border have to buy some CDs for the time being) .

Yet that wasn’t all he did. Around the same time that song took off, he put out his best work to date, Bootleg. The album draws from a wide range of influences — ”bootlegs” influences, as he has said — to create something all his own. The album is marked by some of his biggest songs yet, but even though these tunes would become some of the most memorable of the 2010s they feature plenty of wonky details and emotionally complex lyrics. Yet they also have plenty of moments to scream along too.

Hands To The Sky

Most artists would never be able to match the massive success of “Uchiage Hanabi.” Yonezu almost immediately surpassed it. The following year’s “Lemon” became a gigantic hit, currently sitting at nearly 600 million views on YouTube. Somehow, he penned a song soon after that might be even more well known in Japan.

“Paprika” is a cheerful kids song performed by the group Foorin, written and composed by Yonezu. It serves as national broadcaster NHK’s “2020 Song” (codename for “song you will hear infinitely ahead of the Olympics” until…well you know), and became inescapable in 2019. Rare is a pop song that the old folks and nursery school students appreciate in equal measures, but “Paprika” was just that. Turns out Yonezu can write children’s songs too.

And in one of the biggest signals of Yonezu’s artist strength to date, he covered the sports-festival staple and does what he does best — found new angles on the song, transforming it into something more melancholy than cheery. Nothing underlines what more than this number, showing his knack for discovering new emotions lurking in the familiar (even his own familiar). Well, maybe a major pop song where he drowns himself in Auto-tune to replicate the feeling of being underwater comes close, too.

Next comes Stray Sheep, later this summer. Yonezu has said he always tried to change for his next album, never wanting to repeat himself — so expect another pivot this August.

This early song released under his birth name highlights how well he can sonically capture complicated emotions.

A prime example of how Yonezu can turn a straight-ahead rocker into something wonkier with just a few adjustments. Check the percussion and synth lines running throughout.

For all the talk about Yonezu’s left-field approaches and hefty lyrics, dude can also rip. Here’s his best rock song, with no oddballery needed.

By YouTube views, the biggest J-pop song of the 2010s. Yet data doesn’t tell the whole story — ”Lemon” features some of the best songwriting of Yonezu’s career, using space and rising sound to up the drama.

A funk-pop number with a slightly uneasy vibe to it — which makes it all the better.