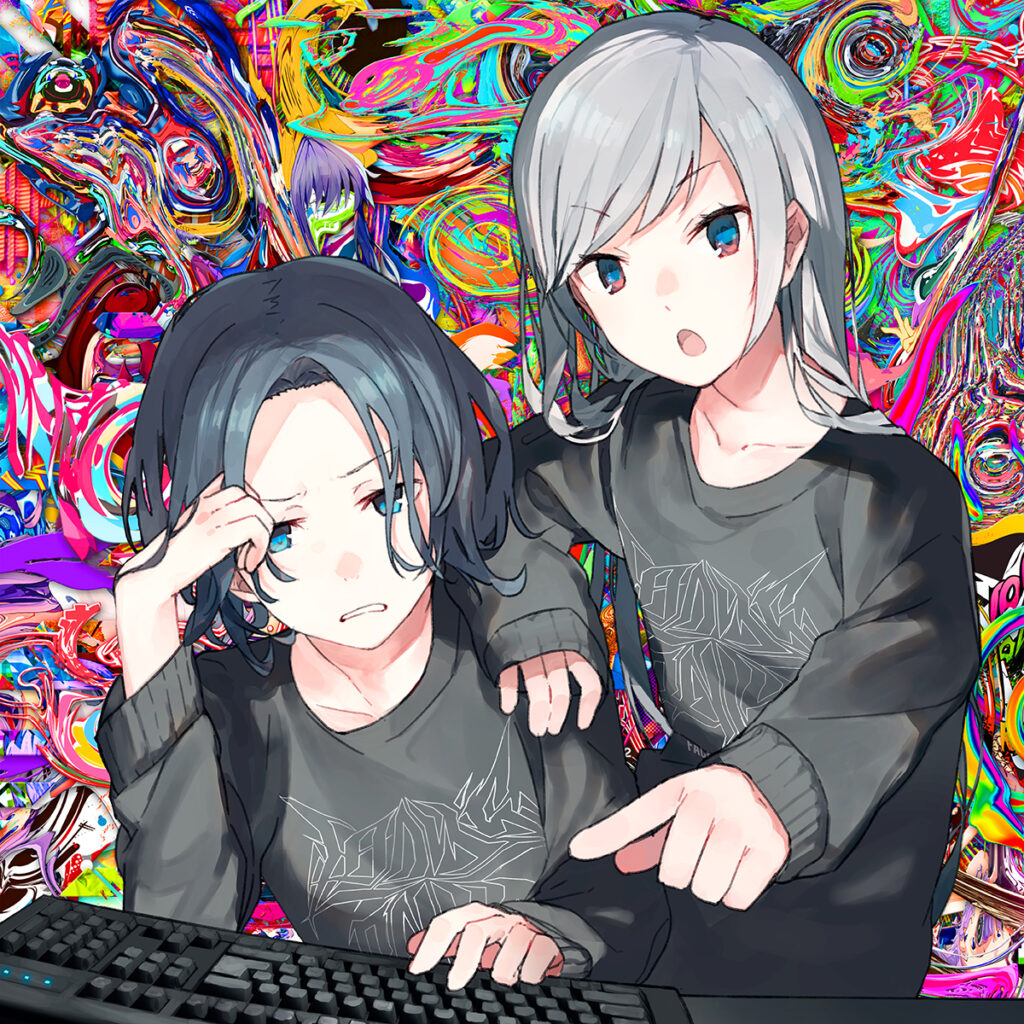 Tucked away into the underground of Tokyo’s burgeoning club scene, there are few groups more fabled than LADY’S ONLY. From the unit’s initial launch in 2015, kicking off their run as a three-member madhouse, the group wasted no time in having their name grailed amongst lineups; the must-see act of any event that they partook in. Yet, five years have gone by since that initial launch, and no group is immune to change — so just what can you expect from the LADY’S ONLY of 2020?

LADY’S ONLY Origins and Legacy

Originally formed in 2015, the initial lineup of LADY’S ONLY consisted of three members — AGELOW, KAITA, and LIGHT. While the group primarily operated as a DJ unit initially, member AGELOW would also find himself producing under the unit’s name with the supervision of the other members to produce originals and remix works, with the earliest available release from the group being a remix of idol group Band Jyanai Mon! back in October 2015.

While the group has taken many forms over the years, including the addition of member AKO after a total of two hiatuses, one of the group’s biggest changes came in April 2017 when member KAITA stepped away from the group to focus on personal endeavors. This change was a pretty big deal, especially following the release of a club-essential single from the lineup, and took place at the POOL OSAKA event at Circus Osaka.

The year 2017 was easily one of the biggest turning points for LADY’S ONLY as a group. Not only would the year unfold to see an original member leave, but it would also be the year they dropped their now legendary “Digital Tattoo” single that, to this day, is still on regular club rotation. The bassline-infused hit would go on to become somewhat of a signature-sound for LADY’S ONLY, and definitely pushed them to new heights.

Following the release of “Digital Tattoo” as a single late-2017, we would then be graced in 2018 with the “For All Time” EP, a four-track release that featured both “Digital Tattoo” as well as another club-hit in the form of the EP’s title track “For All Time (feat. China From XYLÖZ)”. Things would continue on for some time as the group continued to work on both bootleg remixes and perform; the latter often pushing club owners to the edge on just how wild a performer should be allowed to get behind the decks.

The Road to 2020 and the Current LADY’S ONLY Lineup

Leading towards the end of 2019, we saw LADY’S ONLY once again hit our stream feeds with the release of their “Plot Armor” EP, another heavy-hitter that saw underground success with the EP’s title track once more. Feeling like a much more refined version of the original “For All Time” EP, it was clear that LADY’S ONLY had a set direction that they were moving towards.

Now beyond the halfway point of 2020, the group faced another shakeup earlier this year when member LIGHT departed from the group. Of course, this hasn’t put the brakes on the group by any means, with a series of heavy-hitting releases trickling out throughout the year via their SoundCloud and streaming channels. We’re extremely excited to see where LADY’S ONLY manages to take their sound in the closing half of the year, and can’t wait to see how they’ll exert their energy when clubs start to open back up again in Tokyo for more events.