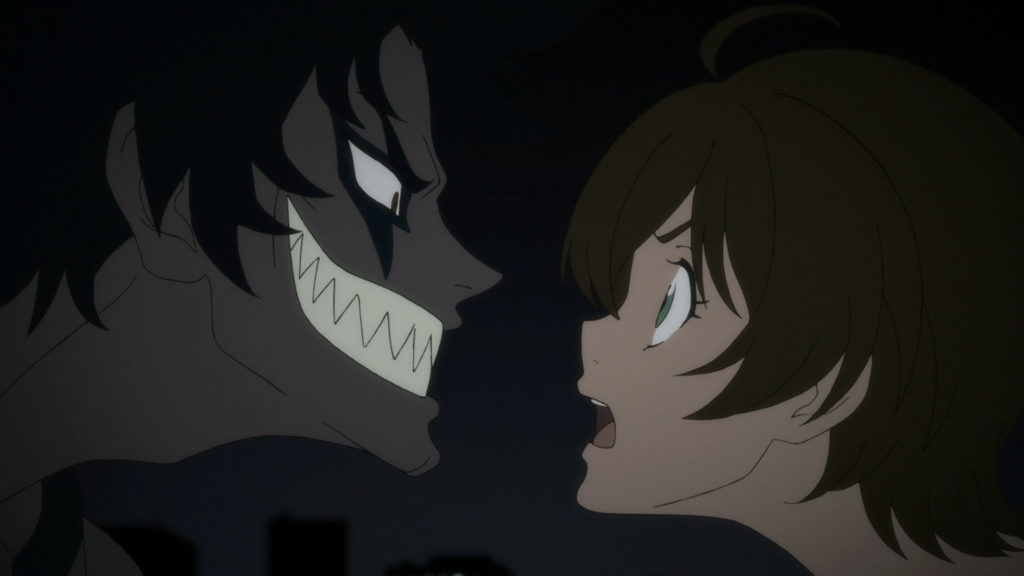 It wouldn’t be a stretch to say that, next to maybe only special cases Hayao Miyazaki and Hideaki Anno, the anime director fans are paying the most attention to is Masaaki Yuasa.

He’s been a cult favorite for a long long time with oddball titles like The Tatami Galaxy and Ping Pong earning him dedicated fans over the years, but ever since Devilman Crybaby hit Netflix in early 2018 everyone watching anime knows his name.

Here’s a short recap of his films so you can spend your social distancing time a little more effectively.

Yuasa’s been working in the anime industry since the early 80s and has been in the director’s seat since early 2000. However, until the latter half of the 2010s, we’d only get to see one directorial work from him every two or three years. However, from 2017 one of anime’s greatest madmen has been on a non-stop roll and surprisingly the quality in his work has yet to significantly drop.

Night Is Short, Walk On Girl, Lu over the Wall, Devilman Crybaby, Ride Your Wave, Super Shiro, and Keep Your Hands Off Eizouken all knocked out in the last 3 calendar years, with Japan Sinks and Inu-Oh already on the way. Granted he’s become more popular than ever, but we can’t think of any other director with this level of drive.

Masaaki Yuasa has found great success with his recent TV anime. Both the 2018 Devilman Crybaby and the 2020 Keep Your Hands Off Eizouken have become huge successes in the fan community, and his next TV anime Japan Sinks hitting Netflix soon we’re sure that’ll do well too. Because people are already familiar with his tv shows, we’d figure we’d do a round-up of his feature-length films just in case you missed one or two.

Masaaki Yuasa’s first feature-length film came out all the way back in 2004, and he wouldn’t direct another for 13 years. Mind Game to date remains his most challenging work but one in retrospect clearly predicts what kind of creator Yuasa would become.

A Studio 4°C production along the lines of Tekkonkinkreet, Mind Game accomplishes as much in what it’s animating as how it’s animating.

Fitting, seeing as a giant chunk of the film takes place inside the stomach of the whale where its inhabitants start to lose their minds. Ultimately, Mind Game isn’t for everybody but if you’re looking for something that’s going to make your head explode, this is the one for you.

Night Is Short, Walk On Girl

A kind of spiritual successor to the late 00s cult classic The Tatami Galaxy, the 2017 Night Is Short, Walk On Girl was adapted by Yuasa from a novel by the same novelist who wrote the original book for The Tatami Galaxy.

The entire film takes place over the course of one particularly long evening one young woman drinks about town and a young man tries to work up the courage to confess to her. All sorts of crazy hijinks ensue, from illegal flash mob plays to a giant sickness overcoming everybody over the course of the evening.

An oddity in a collection of oddities, Night Is Short, Walk On Girl is an extremely enjoyable ride start to finish.

Lu over The Wall

The closest Yuasa has gotten to making a kids film, Lu over the Wall definitely falls under the Pixar and Ghibli meta of ‘these are kind of for kids, but adults will actually enjoy them too.’

Speaking of classic kids movies, Lu over the Wall is admittedly pretty similar to The Little Mermaid and Miyazaki’s Ponyo. A cute little fish girl joins human society for a spell, although instead of a love story Lu just wants to hang out with her new friends.

Lu over the Wall on some level was an excuse for Yuasa to really let his imagination run loose on the page. You’ve got a giant shark man in a business suit running around the small seaside town the film takes place in, you have infectious dance numbers that have Yuasa stretching and contorting any and everybody in ways you animation alone won’t let you take your eyes off, and you’ve got the adorable Lu herself.

We can’t say if it’s Yuasa’s best film or not, but we think this one brings out the absolute best of his animating.

Ride Your Wave was even more anticipated by fans than usual, considering it was Yuasa’s first film made after his 2018 Devilman Crybaby glow up. Something of a beachside love story with more than a few twists, it was a relatively more grounded tale than Yuasa sometimes whips up but like always he brought his A-game to the animation. Pay attention to how the waves in the ocean are animated as well and take in how smooth and kinetic all the surfing cuts feel.

Critics have called it a little too on the ordinary side for a Yuasa joint but we’d like to reframe that line of thinking. Yuasa’s already depicted tales of hellish horror, aspiring high school animators, and psychological coming of age tales. In Ride Your Wave he depicts how majestic and real-life can be sometimes, in both the wonder of the people you meet and the subtle beauty of the world around you.

Yuasa announced Inu-Oh in the summer of 2019 shortly after Ride Your Wave released in Japanese theaters. It’s currently set to come out sometime in 2021, however between that announcement and right now he’s already directed two tv shows and has a third on the way. We don’t know how or why that older Yuasa gets the more he seems to get done.

Inu-Oh is based on a book that fictionalized the life of a real 14th-century actor and playwright named Inu-Oh. The films’ supposed to center on his relationship with a Biwa player, which is an old-timey Japanese string instrument in case you were wondering. We’re told there will be music and dancing which, if Lu over the Wall is anything to go by, should be delightful this time around.

Yuasa Even Directed An Episode Of Adventure Time

A few years before Devilman Crybaby really elevated Yuasa to being an otaku household name, the animators behind Adventure Time were already clued into his works. Back in 2014, he was given the chance to create an entire episode of the hit cartoon network series, and seemingly had total freedom with whatever he wanted to do.

Even if American cartoons aren’t generally your thing, this episode is absolutely worth your time to track down.