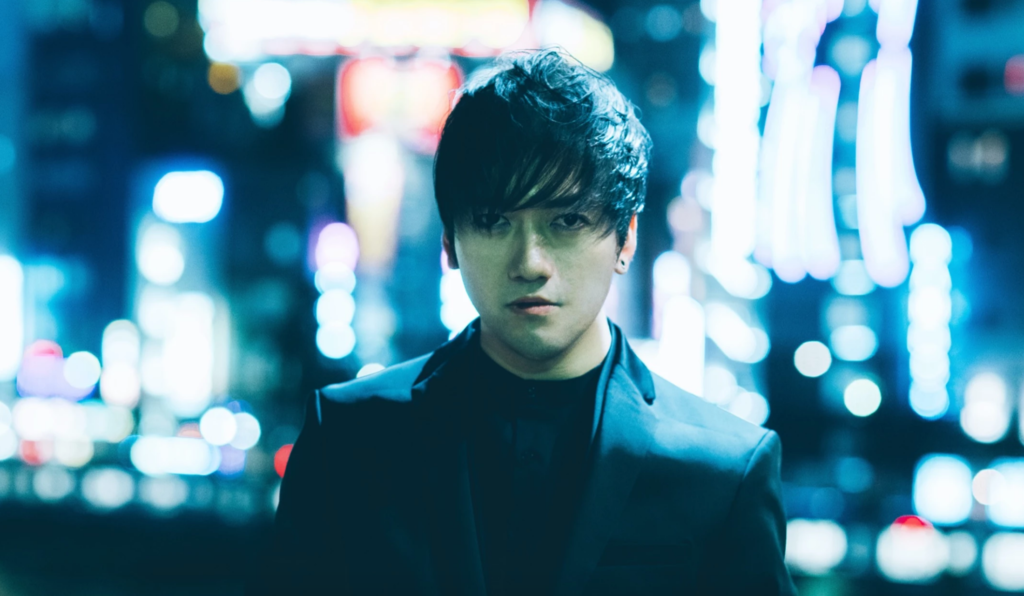 In this new feature, Otaquest aims to help introduce some of Japan’s best musicians to the world. Today, a producer carrying on the spirit of late-Aughts electro-pop while elevating all kinds of J-pop names in the process.

TeddyLoid acts as a connective tissue in modern J-pop. Looking at the electronic artists’ solo output, it’s surprising to see how small it is compared to how long the 30-year-old producer has been active in the country’s industry. Dig a little deeper though, and he starts appearing everywhere. He’s helped push young artists up a notch thanks to the tracks he’s created for them, while also bridging a gap between established acts and a new generation. TeddyLoid appears in some unexpected places too — when a YouTuber needs a song, he might be the one supplying it.

Pop music never stays static, and that goes for J-pop too. TeddyLoid has managed to adjust to these shifts while also connecting the buzzing sounds of electro-pop to whatever is happening in the moment. This ability to change without losing his own characteristic sounds has made him one of the country’s larger electronic acts and has allowed him to be part of whatever way the community goes.

TeddyLoid’s origin resembles that of many creators coming up in the late 2000s — he launched a MySpace page highlighting his chops. Inspired by French electro-pop (I believe you get a senior’s discount of some sort if you remember the term “bloghouse”) and compatriot Yasutaka Nakata’s Technicolor takes on club music, he started gaining recognition and gigs across the country. This allowed him entry into the world of Japanese music, working primarily behind the scenes and, eventually, creating an albums-worth of songs for the anime series Panty & Stocking with Garterbelt.

His real step up came in 2014 with a pair of prominent releases. One was his debut full-length album, BLACK MOON RISING, which you can listen to above. That 14-song set highlighted TeddyLoid at his most grandiose, with synth blares joined by horn squanks and vocal vamping. While he snuck in some surprise turns — an EDM-friendly rock number in “The Killing Field,” a honky tonk interlude on “Teddy Boy Strut” — it is primarily an introduction to an electronic sound drawn from the late 2000s but with enough updates for the peak of festival-ready dance music. That same year, he also arranged “Neo STARGATE” for idol group Momoiro Clover Z, an outfit at the time standing tall over the world of J-pop. That was a big moment for TeddyLoid, and one allowing him to show his flair for the dramatic.

The middle of the 2010s saw TeddyLoid’s turn to collaboration really bloom. That includes his biggest hit to date, “Me! Me! Me!” That one gained attention at home and abroad for more reasons than just music — TeddyLoid’s number soundtracked a real doozy of a video that now lays claim to its own Know Your Meme and one of the obnoxious installments of “YouTubers React To.” The scene of an anime woman vomiting white liquid into a guy’s mouth might grab attention, but TeddyLoid’s pulsing song, complete with vocals from a then rising DAOKO, is one of his finest.

That number also underlines his ability to connect with a wide array of artists, both to offer new layers to his own work and to help push new names forward. His SILENT PARTY album and subsequent reworks of that is the crown jewel of his discography. It features team-ups with other electronic creators such as Nakata, tofubeats and Taku Takahashi, while then-rising performers such as KOHH, CHANMINA and AiNA THE END. It also saw him branching out internationally, as he worked with German electronic artist Virtual Riot on the sharp-edged “Guardians of the Universe”. He also played a big role in helping the aforementioned DAOKO rise up the J-pop ranks with their number “Daisuki,” which was an intro to her for many leading up to her biggest break of all. Listen to “Daisuki” below.

“Huh, this sounds kind of familiar, right?” That was my brain listening to Japanese YouTubers Hikakin and Seikin’s “Yume,” a skippy pop song all about the act of creation aimed at a generation of kids who dream of making video uploads a career. The backing song reminded me of something — and then, in the credits, “arranged by TeddyLoid.” Surprises abound!

In the last few years, the producer’s career has found him going off in even more unlikely directions. He’s worked on multiple numbers for the above YouTubers, along with breezy pop duo Yuzu. He was also one of the many electronic artists to help craft the sonic world of virtual YouTuber Kizuna AI. All of that work has paid off though — he’s had the chance to tour around the world, and he’s one of the most-streamed Japanese artists internationally. In 2019, he released a double album acting as the soundtrack for smartphone game Fight League: Gear Gadget Generators, allowing him to showcase even more of his sound.

More importantly — dozens of popular Japanese artists have a six-degrees-of-TeddyLoid connection to him, making him one of the more ever-present creators in the country over the past ten years. To understand Japanese music, just turn to TeddyLoid and see where the path goes.

An early highlight featuring all of TeddyLoid’s best attributes — a sense of drama, hard-hitting rhythms built for the club, and a gooey pop center cutting through the goth touches.

His biggest hit, and also one of his strangest when you realize that it is a three-part suite of sorts, complete with one of DAOKO’s best vocal performances ever.

Wherein TeddyLoid connects with Yasutaka Nakata, and both meld their styles together into one stomper.

It’s one of TeddyLoid’s most punishing productions, but it’s also the intro point to many for CHANMINA, one of the fiercer rappers going in the country right now.

The latest example of TeddyLoid’s ability to connect with artists on the rise finds him giving a boost to Reol courtesy a rave-ready backdrop.