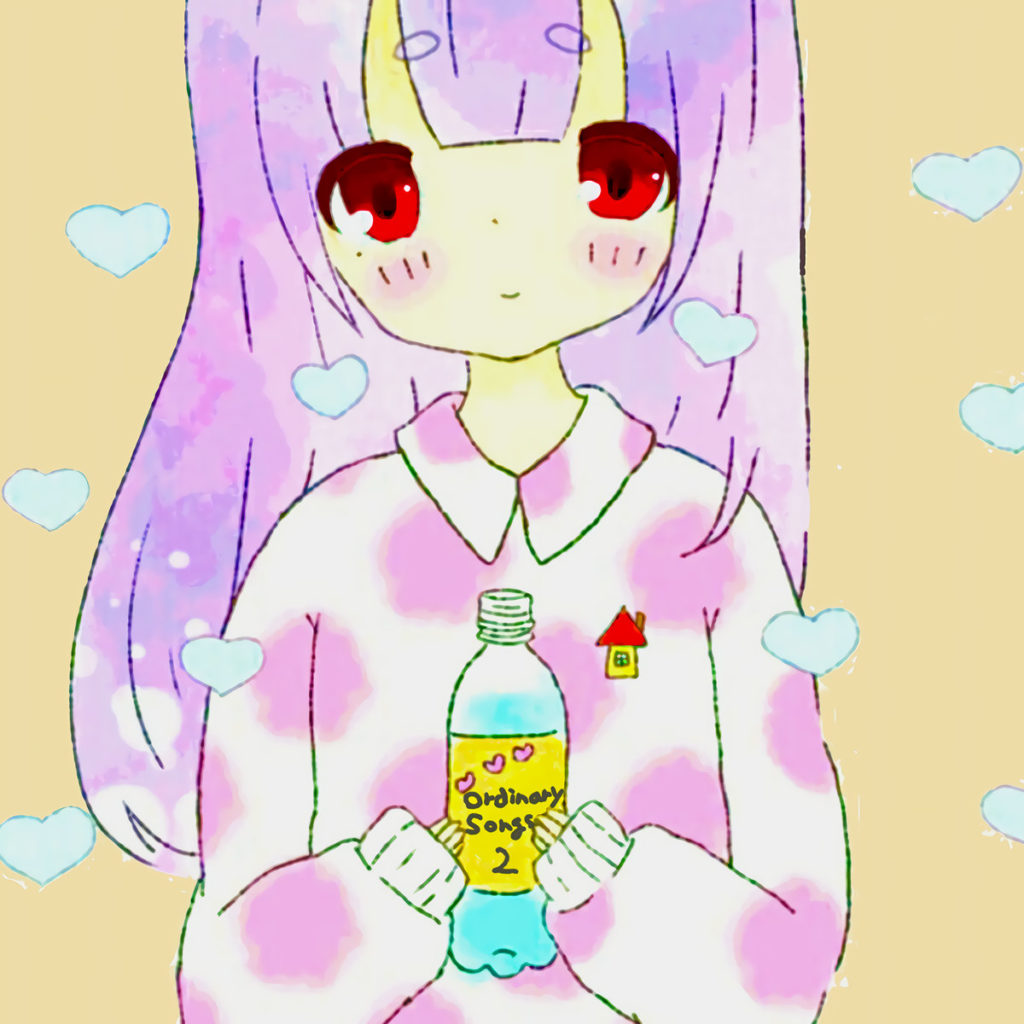 In this new feature, Otaquest aims to help introduce some of Japan’s best musicians to the world. Today, a producer operating under several names, but producing some of the most intricate and heart-tugging music coming out of the country today.

There’s plenty of music floating around inviting people to put it on in the background and use for soothing reasons. Whether just seeking out something to chill or to get homework done to, it’s easy to find soundtracks to the everyday, songs that work best as tools to achieve some other goal.

Keitaro Ujiie’s music flirts with this attention-not-necessary zone, and I’m sure putting on his work released under the moniker’s Ujico* or Snail’s House can help make algebra assignments go by quicker. Yet that takes away from the intricacy making his songs shine. Ujiie brings an attention to detail to his work born from a childhood listening to jazz and fusion, balancing that with bubbly electronic touches that make all these interlocking pieces feel like they are made out of cotton candy. His albums and EPs, released on Bandcamp, have become some of the best selling collections on the website, whether offering plaintive piano pieces or electro-pop that would make Yasutaka Nakata proud.

It would be a bit misleading to say Ujiie has crafted his own sonic world — rather, he’s paid attention to his surroundings and captured them in music. Plenty of his art could work as vaguely nostalgic background music, but it’s far better to put it in focus.

Ujiie grew up in a musical household, thanks to a father who owned a vast library of CDs. Growing up, he listened to jazz, funk and fusion music found on his dad’s shelves, absorbing all of it and picking up the nuances of each. Hearing Japanese jazz heavyweight Hiromi Uehara opened up even more passages for Ujiie, in large part because of how she wrapped electronic styles into her jazz. Coupled with an interest in J-pop acts such as Perfume, the style he would craft started coming into view.

He started tinkering in the early 2010s, with his breakthrough coming in the middle of 2015 as Snail’s House. A pair of releases — Kirara and Kawaii Collective — captured his upbeat electro-pop side, loaded up with synthesizer melodies and vocal chirps. It was a fittingly “kawaii” set of electronic music that, coupled with anime artwork, helped the project to go to the next level.

What’s In A Name

Now would be a good point to go into the different names Ujiie uses. He’s played around with many identities, most of which haven’t really been promoted by the creator himself — he’s said he has put out hard-hitting EDM tracks under really obscure aliases — but two have become his go-tos. His Snail’s House project has become his most notable, as this is the sonic sandbox where he plays around with more “kawaii” ideas. It’s up to you whether the idea of “kawaii bass” — an internet term for a certain sugary type of dance music that proliferated in the mid-2010s — was a real thing, but Snail’s House helped to typify what this referred to. Not to say it was all over-caffeinated, as some of Snail’s House best songs lean on the sparser side, but there is definitely a Technicolor joy to it. The Ordinary Songs series highlights this sound better than any other set of releases in his history, as they feature both slowly unfolding numbers and more boisterous cuts. Listen to the first installment above.

Yet it was under the Ujico* name where Ujiie first started sharing music. Generally, songs released under this moniker tend to be a little heavier or jazzy than what comes out as Snail’s House, though the best way to look at it is that an Ujico* release probably won’t be as cuddly as something from the other side. This has allowed him to explore more Asian-originating melodies, while also just hit a little harder. Yet even though Ujico gives him space to experiment, his knack for gooey sonic passages remains.

The best series of releases Snail’s House has put out deviates ever so slightly from the cute aesthetic Ujiie became known for. The Alien Pop set of albums finds him going full electro-pop, taking influences form Yasutaka Nakata, Daft Punk and Vocaloid, wrapping it up around a concept born from outer space. The defining sonic element might be the vocal melodies running through most of the songs, digitally generated and not clear in meaning…but sounding fantastic as they wrap around the synth flurries and beats. Across all three volumes, these songs stand up against any J-pop released in the last decade.

At the same time, more stripped-down Snail’s House releases were also getting stronger. Most of these albums were inspired by Ujiie’s daily life walking around a less busy section of Tokyo, and songs are filled with field recordings from these strolls. Railroad crossing signals, street chatter and the sound of cats help to give these tracks a sense of place, from which he constructs an emotional wallop. While there’s something melancholy lurking within these creations, Ujiie also adds attention to detail — through synths, through piano melodies — that add depth to each song.

It’s this building that has gotten better over the years, whether in sparser formats or on something like the latest song “Twinklestar,” a rapturous electro-pop number made all the more joyful thanks to chimes and digi vocals. Watch the video below.

This early rollicking number from Snail’s House shows his attention to detail. While the focus is on the follow-the-bouncing-ball beat, it’s the piano melody working underneath propelling everything forward and adding a dash of happiness to the track.

A slower- number showing a more whimsical side of Snail’s House.

The video has attracted millions of views — while also offering some worldbuilding into the Snail’s House project — but don’t forget the song itself, a cut built from 8-bit notes that pinballs about.

The majority of the Alien Pop delivers the highs of Ujiie’s career so far, but none top “Cosmo Funk,” a perfect melding of Nakata-born J-electro, French touch and post-Vocaloid digi singing.

One of Ujiie’s sparsest numbers is a woozy, comforting number replicating the feeling of dozing off after taking some of the titular item. Calming, albeit in a slight fever dream kind of way.