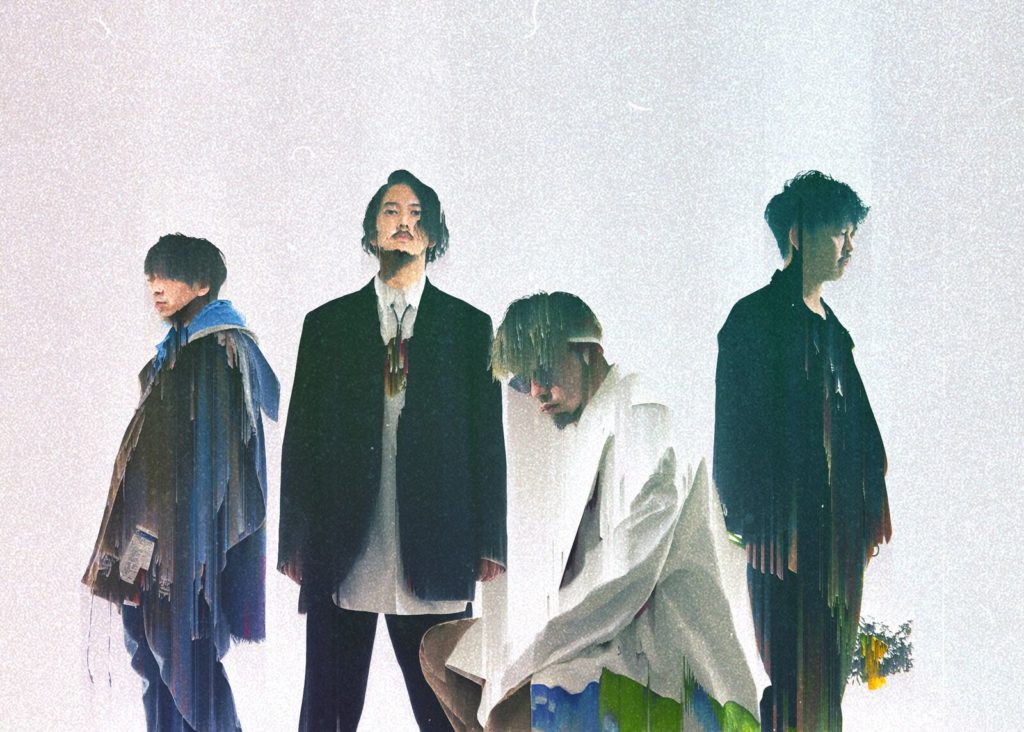 In this new feature, Otaquest aims to help introduce some of Japan’s best musicians to the world. Today, an “experimental soul band” that came up alongside a general shift towards the smooth in Japanese, but that smuggles in all kinds of interesting ideas rarely seen in the country’s mainstream music.

Japanese radio isn’t always the most musically progressive platform. Stations across the country stick to what works — which means top-level J-pop often allergic to trying something new, a smattering of older hits from around the globe, and a few Western smashes, although that part of the playlist has been diminishing year by year. It’s a smart programming approach of course, and it isn’t like radio stations in other places are blazing new frontiers. Yet when you hear something coming even slightly from left field pumping out of your car system…well, that’s noteworthy.

Tokyo quartet WONK have become a radio wave staple in the last few years by riding a sonic trend that emerged in the midpoint of the 2010s. At some point, more relaxed rock sounds taking cues from jazz and funk started gaining popularity, and this band — consisting of Ayatake Ezaki, Kento Nagatsuka, Kan Inoue and Hikaru Arata — caught the breeze to land on radio stations among other media exposure. The twist, though, is that WONK smuggle a lot of far-out ideas into their songs, so while it makes sense for some of their work to run alongside lunchtime chit-chat, plenty of other numbers push musical boundaries from a corner often content to take it easy. Their profile has only grown in recent times, as they continue getting attention from a wide variety of established Japanese artists, running from electronic creators to former boy band members trying to get hip with what’s happening today.

Next week, WONK release their fourth full-length album EYES. Ahead of that one, we’re taking a closer look at the career of one of the most intriguing groups playing on the edges of the mainstream today.

WONK formed in 2013, though they waited a couple of years before releasing their first EP, 2015’s From the Inheritance (above). Right from the start, however, they established a running theme — this mini offering opens with jazzy music playing underneath samples of a rocket launching into space. The cosmos would become a constant in their music, fitting as they offer an extraterrestrial take on familiar sounds. That came into view on Inheritance. “Ido” matches driving piano melodies with sing-speak vocals, while “New Shit” let them drizzle hip-hop influence into their sound.

First full-length album Sphere only built on this (ahem) wonky approach to jazz. Electronic elements became more pronounced, adding an out-of-place feel to their music. They continued to see what was possible with vocals too, dabbling in unconventional flows that give songs the sense of tightrope walking. Guests abound as well, the majority of them offering rap verses over WONK’s music. Sphere captured the CD Shop Awards prize for jazz album of the year when it came out…but, as the band themselves have commented, they are much more than just a jazz outfit.

For the follow-up to their award-winning debut, WONK split their sound into two. In 2017, the band released two albums simultaneously, Castor and Pollux. The prior offers a more pop-ready take on the band, featuring bouncy summer-worthy numbers and goes-down-easy cuts like “Midnight Cruise,” above. While it featured plenty of more left-field moments (see a guest appearance from Daiki Tsuneta’s always out-there millennium parade moniker), this was a version of WONK eyeing bigger stages.

Pollux flipped the other way. Here WONK rolled out some of their boldest songs yet, with an array of guest vocalists and rappers taking turns trying to operate over looped wooze and irregular rhythm patterns. Check the surging pace and electronic showers of “Give Me Back My Fire,” or see WONK play around with 8-bit notes on “Economic Wonderland.” While Castor aims to please, Pollux stands as their best album to date by daring listeners to follow along even when it isn’t all that smooth.

In recent years, WONK have extended their sonic reach beyond just their own project. They’ve started writing songs for other artists, while also remixing others (and, for some of the members, contributing to the millennium parade project). From this column, one definite highlight is their remix of m-flo’s “I WANNA BE DOWN” from 2018.

With the band’s own releases, they tried to find a balance between the two sides of WONK explored in 2017. Songs such as “Orange Mug” (above) features plenty of sticky melodies, but also comes surrounded by less orthodox singing and lyrics. Last year’s Moon Dance release only built on this, including some of the slinkiest cuts they had penned yet (just check the slightly dizzy “Sweeter, More Bitter,” topped off by some incredible details that add a drop of cacophony to the tune). Listen to that set below.

2020 started off with one of WONK’s best collaborations to date — and one of the most unexpected. They popped up on former SMAP member Shingo Katori’s album 20200101 on early highlight “Metropolis.” The band lay down a slinky groove featuring a twisty synth line, and the J-pop heavyweight navigates through it just right. That builds up to one of the best choruses they’ve ever written, and one where they get the spotlight on themselves. It’s not where you’d expect WONK to pop up, but they make the most of it.

WONK’s fourth album, EYES, comes out next week, and early songs from it hint at another leveling up. “HEROISM,” released earlier this year, finds them getting ambitious, with distorted voices, samples and a song structure full of twists that still manage to stay strutting ahead. The recently shared “Rollin’” (above) just plows ahead, leading to a big juicy hook accented by piano plonks. It’s catchy enough to be a radio inclusion, but with a lot more going on just one layer below.

From WONK’s first album, “1914” is an early highlight in how their vocal approach — which feels just out of step with the music, at least in the verses — enhances their brand of experimental soul.

The sound of WONK giving themselves over to pure pop pleasure, and not letting any sonic inch go unused.

On the other side, here is WONK getting really experimental, with hushed rap verses and synth passages leading to earworm hooks. While they would go on to find balance between the catchy and the chaotic later on, this almost plays like a deconstructed version of how they approach music.

Smooth, but with some harder-hitting details down in the mix to keep the feeling fresh.

The first taste of EYES also marks a big leap forward for WONK. Their pop instincts and experimental fancy comes together just right on this funky number, which gets bonus points for the ways it plays around with vocal manipulation.