‘Inusan Crisis’ Arc and Beyond: Has SPY x FAMILY Stagnated? 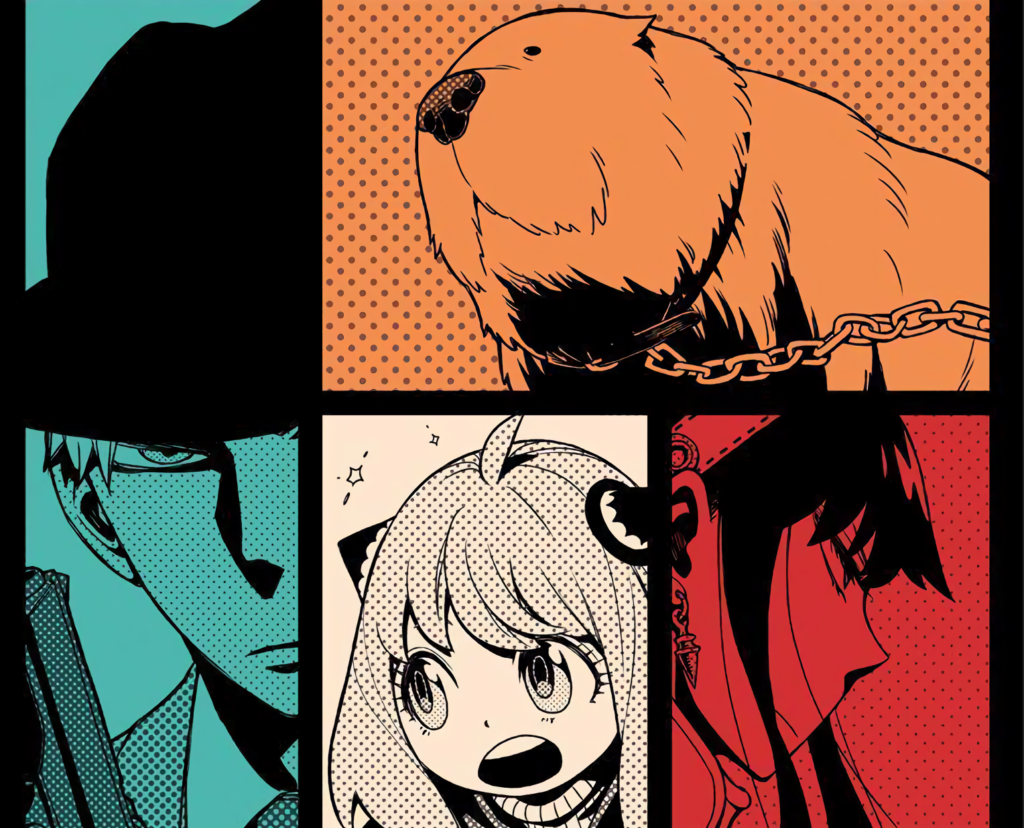 It has been one year since Tatsuya Endo’s SPY x FAMILY first burst onto the scene. How time flies! Since then, the series has gone on to become a breakout hit, recently smashing the four million milestone and even surpassing more established shonen series in terms of volume sales. Certainly, Shueisha is pleased. And no doubt Endo is too, after a long string of previous failures and short-lived serializations. But the question remains: has SPY x FAMILY stagnated?

That notion may come from the lack of movement on the series’ overall narrative over this past year and, more specifically, the ‘Inusan Crisis’ narrative arc. Put another way: has SPY x FAMILY rested on its laurels and put the breaks on plot development in order to artificially lengthen its potential serialization time? That’s certainly something that I’ve thought multiple times over the past few months.

Before we examine in detail the Inusan Crisis arc, however, it is necessary to establish what SPY x FAMILY’s overall narrative actually is. If you cast your mind back to the beginning of the series, you’ll recall that Loid was originally sent on his family-finding mission to carry out “Operation Strix”: an infiltration mission in order to stop the Nazi-inspired “National Unity Party” from starting a war between the fictional neighbouring countries Westalis and Ostania (again, an obvious reference to West and East Germany during the Cold War). 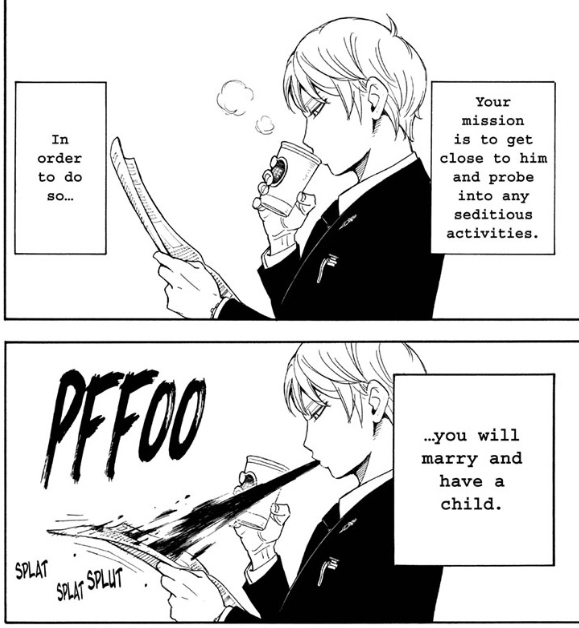 More specifically, Loid was to carry out this mission by getting close to the National Unity Party’s leader, Donovan Desmond, in order to stop him carrying out any action harmful to the uneasy peace between the two countries. However, since he is very reclusive and only ever attends Eden Academy events, it was necessary for Loid to assemble a fake family and infiltrate his inner circle through that. It just so happens that he managed to find two cooky counterparts in the form of the telepathic Anya and the hired killer Yor along the way.

Most of SPY x FAMILY’s overall narrative is set up during its early chapters, where we follow Loid as he attempts to assemble his family and get Anya into Eden Academy – the so-called “Eden Admissions” arc. That was what my initial review was based on. Yet, since then, there have been more than twenty chapters published; how has the series developed its narrative since then? As it turns out, not very much.

Anya’s immediate goal upon entering Eden Academy was to earn Stella Stars and grow closer to Donovan Desmond’s son, Damian, with the eye of getting her parents invited to the controversial figure’s house for a playdate. So far, so good. Yet, most of the “Eden Beginnings” arc is spent on exploring things more or less tangential to the plot: Yor’s doting brother, for one, but also the relationship between Anya and her classmates. That includes Desmond, by the way, but no real progress has yet been made on that front. 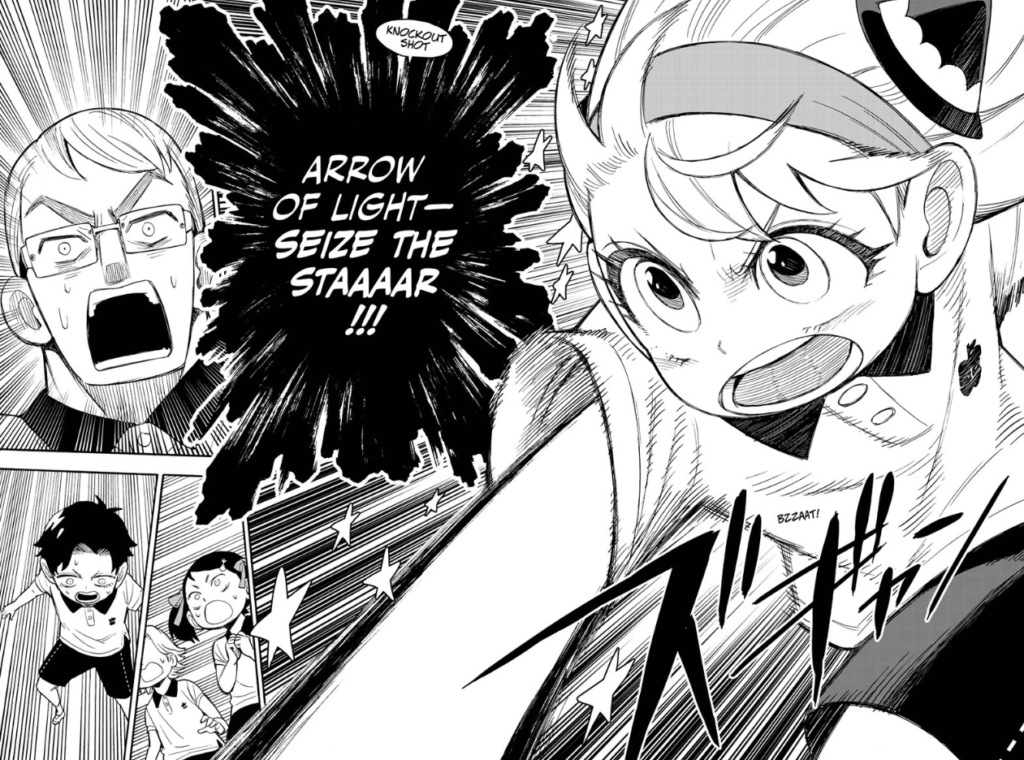 It didn’t help either that it was around this time that SPY x FAMILY entered into its peak of popularity, either. Accompanying the first volume release was a slew of one-off chapters: the “Extra Mission” for inclusion in Weekly Shonen Jump, the “Short Mission” involving Anya playing with her teddies, as well as some others. While these chapters did their job in promoting the series’ first volume release, they didn’t help one bit in alleviating the feeling that the series’ narrative had stagnated somewhat.

Things become even more egregious with the Inusan Crisis arc. For six chapters and nearly two months, Tatsuya Endo put a considerable amount of time and effort into building a narrative arc that ultimately had no bearing whatsoever on the overall story. Following a crisis that saw all sides of Loid’s fake family reveal inadvertently themselves, the biggest lasting effect that the Inusan Crisis has had on the overall story has been the introduction of the family’s dog, Bond.

The Inusan Crisis: What’s the Point?

“But hang on,” I might hear you say. “What does that have to do with the quality of SPY x FAMILY?” You’d certainly be right to point that out. While the Inusan Crisis arc is undoubtedly removed from the progression of the series’ overall narrative, it does deliver a fair number of memorable moments: the parts where Yor kicks a car, for one, but also when Anya risks her life to save her father from opening a booby-trapped door. The inclusion of Bond has, in turn, led to many heartwarming moments – most notably, the chapter where the family name him. 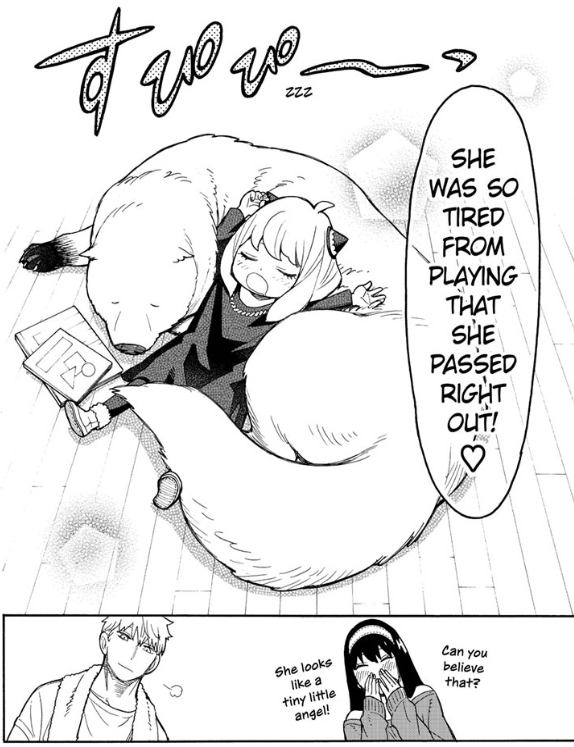 It’s not like there hasn’t been any progression on the narrative front, either. The “Eden Beginnings” arc did see Anya attempt to make friends with Desmond and thus help Loid fulfil his mission, but her advances have yet to find an echo. The quest to earn Stella Stars also saw some progression in chapter 16, as Anya risked her life to save someone drowning in a hospital’s physical rehabilitation pool. She got a Stella Star for her trouble.

The series’ current arc, too, is an out-and-out quest to earn Stella Stars by performing well in mid-term exams. In this sense, the focus of this article appears to be slightly inappropriate. The question we should be asking is: does it matter if SPY x FAMILY has stagnated?

Undoubtedly, there has been less development on the narrative front in comparison with the series’ early chapters. Even so, that is par for the course when it comes to shonen manga. If you follow any series as it releases weekly, you’ll know that modern manga tend to rush out of the gate to establish their premise and setting. This is in stark contrast to older manga, which take a fairly long time to get to the point. In any case, it is quite normal for a series to set up and get through a fair amount of narrative in its heady days, before settling down to a more relaxed pace as it picks up steam. 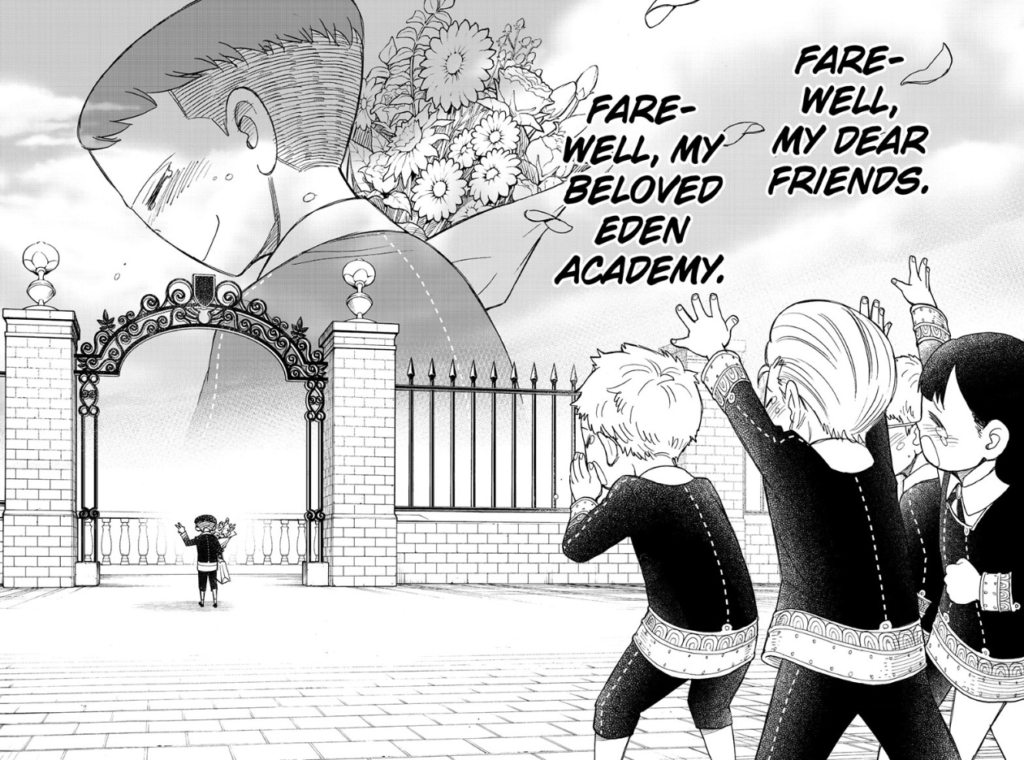 Furthermore, SPY x FAMILY has not dropped in quality because of its narrative stagnation. In fact, fans love it more than ever – your indignation at the mere suggestion that it may have worsened might be the reason you clicked on this article in the first place. That’s because narrative has never been what matters most to Tatsuya Endo: it’s always been about the characters, their relationships, and the hijinks that they get up to on the way (chapter 28 was a particular hoot, see above). The series is still delivering what makes it so compelling, so who cares if the pace of the overall narrative has slowed down?

One final thought, however, is to what extent Shueisha is behind the SPY x FAMILY stagnation. Certainly, looking at the numbers, it wouldn’t be insane to think that the publisher may have put pressure on Endo to slow down the pace of development, possibly leading to tangential arcs such as the Inusan Crisis. Nevertheless, that’s all conjecture on my part. As far as we can tell, the series is trucking along happily, and Tatsuya Endo must be pleased. What’s not to like?

You can read SPY x FAMILY for free via VIZ Media’s Shonen Jump or Manga Plus.