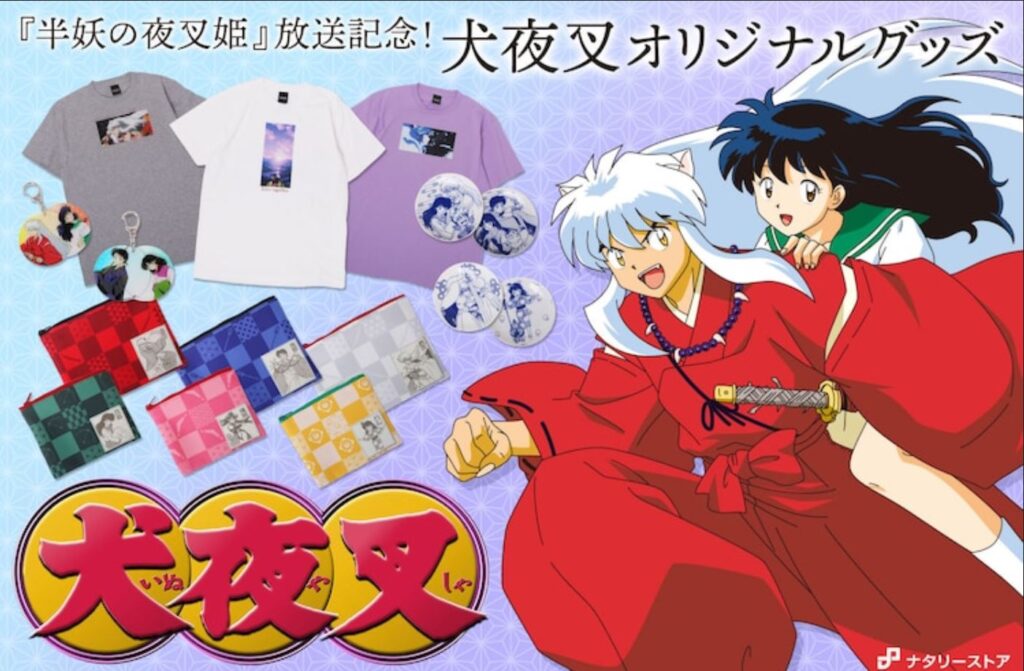 Yashahime: Half Demon Princess is out! At the time of writing, the first episode of the surprise Inuyasha sequel is out and… Well, it’s more of an Inuyasha epilogue than anything else so far. With that though, it’s fitting that around the launch of Yashahime the original Inuyasha series has been getting a lot of fanfare in the form of a touring cafe, crossover opportunities with other Rumiko Takahashi manga, and of course shirts. We think this latest line of Inuyasha t shirts, pouches, and pins presents itself with a delightfully minimal spin that allows for some weeb subtlety in your dressing style.

These shirts are the star of the collection and they’ll set you back around 3200 yen, which is about the going price for an anime shirt in Japan if you don’t include the Uniqlo stuff. They come in three varieties, each in the color above as well as the same designs printed on a standard white tee. We particularly like the one furthest left as the vertical design and the addition of text reading ‘Live Together’ helps set it apart. The Sesshomaru and Inuyasha close up tees look nice too, keeping in tune with the minimal theming. 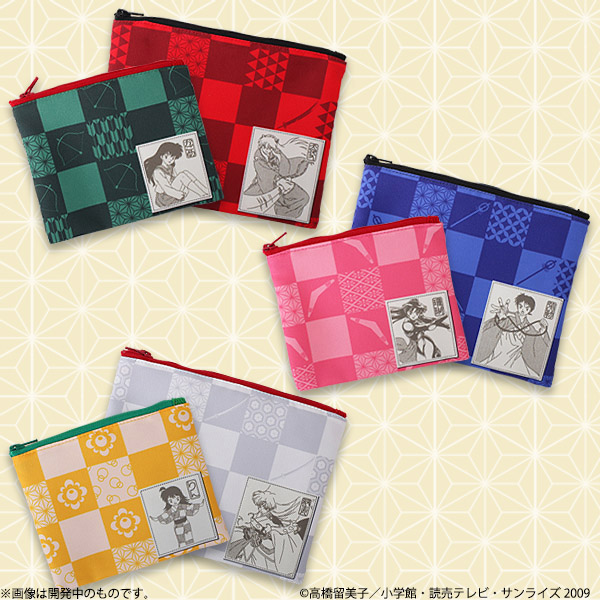 If you ask us, we actually like the designs of these pouches significantly more than the shirts. Six varieties, each coming in a different color with a different character and a custom print based off said character. The including of the small singular manga panel on each keep the weeb factor minimal, meaning that if you’re confident enough to pull off the colors you could accessorize with these pretty easily.  They are 2500 yen a pop though which is on the pricier edge for a pouch you really might not use all that much. Still, we love to see it.

These Minimal Inuyasha products will be released next month.