Isao Takahata Exhibition to Take Place This Summer at MOMAT 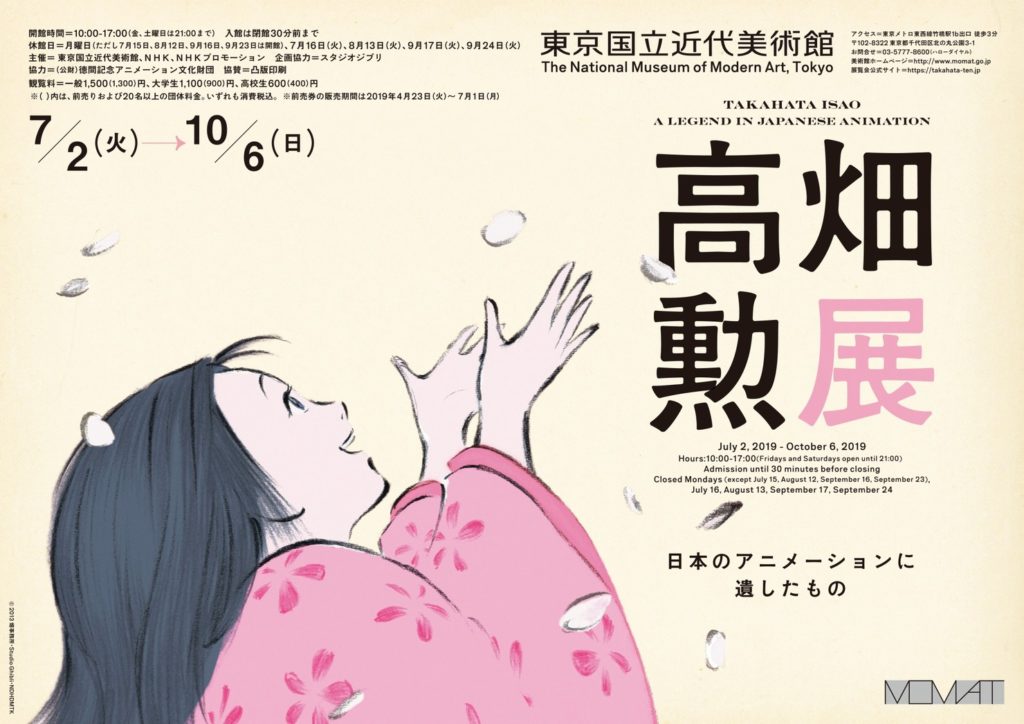 It was almost one year ago that we learned of the passing of the great Isao Takahata. Takahata’s work at Toei Animation and later alongside Hayao Miyazaki at Studio Ghibli has been instrumental in the development of anime as an artistic medium, and his tireless passion for creativity meant that each of one of his works was more impressive than his last.

To celebrate his incredible legacy, a new exhibition is set to take place at the prestigious National Museum of Modern Art, Tokyo (aka MOMAT). Rather aptly titled “Isao Takahata – A Legend in Japanese Animation,” the exhibition will be split into four parts, each highlighting a particular period of Takahata’s career and the idea underpinning it, while also presenting production notes and original animation cels for fans to enjoy.

The first part will be titled “Starting Point – Passion for Animated Film” and will cover the early part of Takahata’s career as he worked at Toei Animation on such films as The Orphan Brother and The Little Norse Prince. It was in this period where Takahata’s talent for directing became clear as he made hit after hit.

Following on from Takahata’s theatrical works, the second part will be titled “Joys of Everyday Life – Breaking New Ground with New Forms of Animated Expression.” This part will cover Takahata’s work on such TV series as Heidi, Girl of the Alps and 3000 Leagues in Search of Mother. I’m also wondering whether his first collaboration with Miyazaki on 1971’s Lupin the Third will be featured in this part as well.

Takahata’s perhaps more well-known work with Studio Ghibli will then be covered by part three. Titled “Looking at Japanese Culture – Dialogue Between the Past and Present,” this part will cover such theatrical works as Grave of the Fireflies and Pom Poko. These films demonstrate Takahata’s desire to, as the title suggests, reconcile Japan’s past with it’s future, ultimately leading to the pacifistic and hopeful conclusion that underpinned much of Studio Ghibli’s works at the time.

Finally, the fourth part of the exhibition will cover the later parts of Takahata’s career at Studio Ghibli. Titled “Living Sketches – Towards a New Animation,” it will deal with such films as My Neighbors the Yamadas and The Tale of Princess Kaguya, the latter of which earned a nomination for Best Animated Feature at the 2014 Academy Awards.

This exhibition should not only be a great experience for long-standing fans of Takahata’s works, but should also help to clarify Takahata’s instrumental role in the development of the anime industry. Unfortunately, his achievements tend to be overshadowed by long-time friend and collaborator Hayao Miyazaki – so perhaps now, more than ever, it’s important for us to realize exactly just how much Takahata gave to Japanese animation.

Tickets for the exhibition go on sale on April 23, and the exhibition itself will run from July 2 to October 6. More information can be found via the official website once it launches.