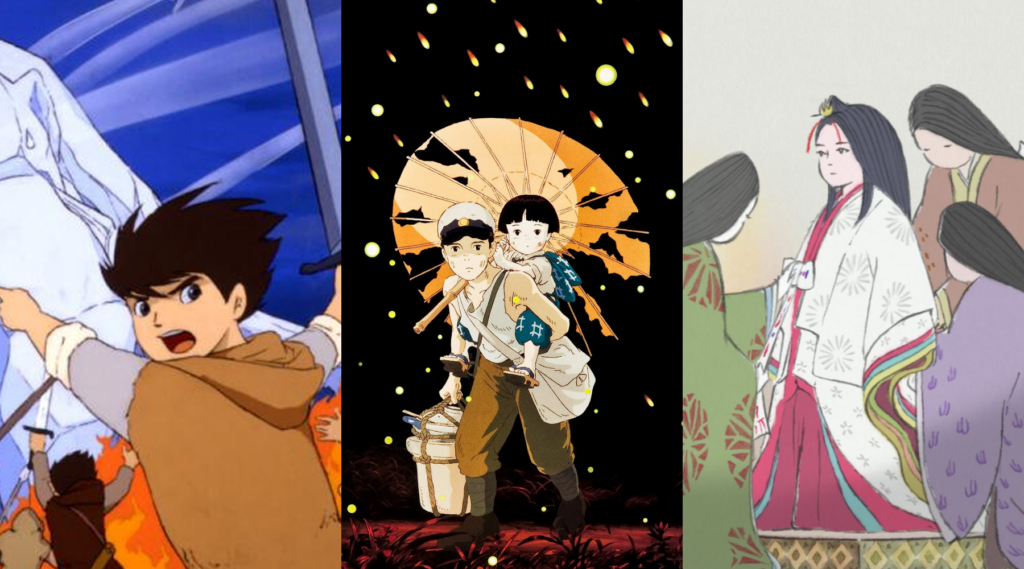 On this week’s ‘Know the Creators’, our weekly series in which we hope to better acquaint you with the many of the names and faces behind the Japanese cartoons and comics who haven’t quite become household names, we’re covering Studio Ghibli co-founder Isao Takahata, a creator who boasts one of the strongest filmographies in history.

Takahata is equally important to Hayao Miyazaki in founding the studio, and every bit as competent of a director, without ever actually drawing a thing. Known for portraying human truth, whether depicting the horrors of World War 2 or using talking raccoons to highlight the downsides of modernization, Takahata embodied a very different side to Ghibli from the one found in their most beloved fantastical works, but one that is still every bit as moving.

Isao Takahata never had any formal animation training and always preferred the storytelling capabilities of the art as opposed to the craft itself. After surviving US bombings on his hometown during war-time (if you’ve ever wondered how Grave Of The Fireflies wounds so deeply), he gained an appreciation for the medium after watching the 1950 French classic animation The King and the Mockingbird during his studies for a degree in French literature. He ended up at Toei Animation on a friend’s whim (where he eventually met Hayao Miyazaki), and incorporated his French influences, like Jean-Luc Godard, into his animation direction.

The two creators eventually left Toei Animation, and alongside famed producer Toshio Suzuki, set on a well-documented series of events that led to creating Studio Ghibli. While Isao released films much more slowly than his lifelong compatriot (and it’s no secret that Hayao chided and bickered with Isao all the time), the two planned to exit Ghibli around the same time, after creating The Wind Rises and The Tale Of Princess Kaguya.

He passed away five years later at the age of 82, thirteen years short of Miyazaki’s expectations, leaving an untouchable legacy behind.

What Separates Isao Takahata From the Rest of Studio Ghibli

Compared to Hayao Miyazaki’s love of the fantastical and adventure, Isao Takahata spent all his time at Studio Ghibli trying to address some facet of reality through his characters and the stories he’d tell. Utilizing an underappreciated versatility to his craft in achieving an end, Takahata’s films wouldn’t always be Grave of The Fireflies-level harrowing. Even Pom Poko, a cartoon about a whole gaggle of shapeshifting raccoons with giant fully animated testicles, succeeded in imparting an ecological message with a humanistic touch.

Though touching on similar themes, Isao wouldn’t usually deliver his talking points with the same overt hand as Miyazaki, often opting for subtle atmospheres, conversational jousting, and scenic exposition to queue audiences in on his thinking. Fireflies is a bit of an exception here.

That desire to portray the real world bleeds into the way Takahata ‘animated’… though truth be told, he didn’t do much illustration in the traditional sense at all. Even when Takahata was making fantasy films for Toei and brought concerts for cats to life, realism would seep into the way his characters looked and moved. Takahata would have a mythological Norse prince fight off a pack of wolves with a crude axe, and that would come from the very same foundation that, years later, he’d well from to depict a young girl lost in a supermarket.

While the themes and art styles Takahata employed over the years varied much more so than his partner in crime, his artistic throughline has sat in its own lane for all these years.

Like we do on each oh-so informative edition of ‘Know the Creators’, we’re now introducing three Isao Takahata works we believe strike at the dearth of his abilities as a storyteller. They all inhabit his taste for rare realism, but manifested in multitudes. With Grave Of The Fireflies being his best-known film, we’ve opted not to include it, though of course you should watch it.

Horus Prince of the Sun

Doing the homework sometimes involves watching anime made during the same time The Beatles were recording music. On the plus side, Horus Prince of The Sun doesn’t at all feel like chunky 60s animation, and while you wouldn’t mistake it for something made today, Horus’s adventure in the most classic of senses will still grip any viewer with patience for old-stuff.

Despite its cruder color-palette and image quality, Takahata’s approach to physical action puts you right on the battlefield next to Horus and his Norse quest against mammoths and ice devils.

The Studio Ghibli film that, if you threatened to feed me to a giant wolf god named Moro, I’d admit was ‘the best’. Hard to think of any other anime film so genuinely capturing adulthood that is not made by Mamoru Oshii, and Only Yesterday is way more enjoyable to watch than any Oshii film.

Bluntly, we need more films about 27-year-olds who end up dissatisfied with their status quo and move to the countryside to become farmers. As middle-age looms ever closer to Takako, her remembering the girl she used to be while attempting to live a life she can be proud of herself rings so true and hits territory most anime’s obsession with adolescence never dares to.

The extremely high level of technical craft is just the bonus.

My Neighbors the Yamadas

My Neighbors the Yamadas doesn’t just sit alone in the Ghibli canon, but no other work in anime so delightfully portrays the charms found in modest daily living: This is Shin-Chan with the Ghibli pedigree.

It’s a little hack to say something like ‘I still can’t believe My Neighbors The Yamadas and Grave of The Fireflies were made by the same guy’, so future article-writers take note.

Isao Takahata was exactly the type of person who could draw out humanity from both the tragedy of one of the worst acts of cruelty to ever occur on this planet and the simple machinations of daily family life alike.