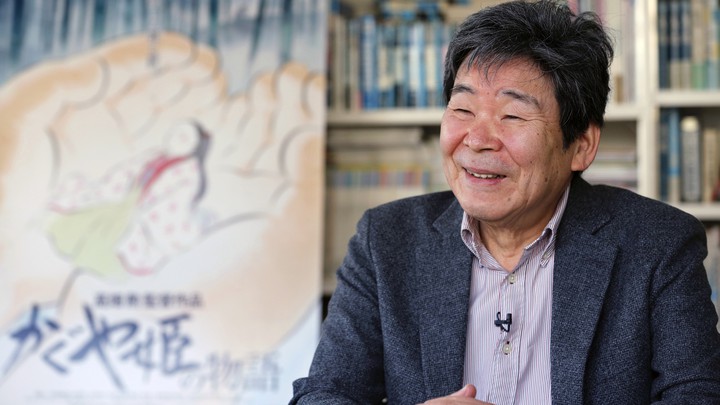 What’s the first name you think of when you see the words Studio Ghibli? We’re willing to wager that it’s Hayao Miyazaki and not Isao Takahata, and you wouldn’t be faulted for that. Miyazaki is arguably the most accomplished living animator who’s done more than anybody else to legitimize anime around the world, though that was never quite his intent.

With classics under his belt like My Neighbor Totoro, Spirited Away, and Princess Mononoke, Miyazaki and Studio Ghibli are nearly synonymous at this point in time, but there’s someone else equally integral to the studio and their filmography: Paku-san, better known to the world as Isao Takahata.

Isao Takahata co-founded Studio Ghibli with Hayao Miyazaki and long-time Ghibli producer Toshio Suzuki. While he didn’t put out films as often as his fellow cofounder, not a single entry in Takahata’s canon should be ignored. Probably, his most well-known film is Grave of the Fireflies: A haunting portrayal of World War II and civilian casualties in Japan that’s often cited as not only one of the best anime films but one of the best war movies ever.

The rest of Takahata’s filmography is equally fascinating, and while he’s unfortunately since passed on, this master of Japanese animation works deserves to share the Ghibli spotlight.

How Isao Takahata’s Films Were Different From Miyazaki’s

Hayao Miyazaki’s most famous works are all fantastical. Trips to a high-class public bathhouse in the spirit realm, an alternate historical Japan where giant gods still roam the earth, a tale of sky pirates and a magic crystal, not to say Miyazaki was a one-trick pony, but he loved to use animation to portray all sorts of wonder. Conversely, Takahata made films that were more down to earth in scope, even when the cast consisted of transforming tanuki!

While Miyazaki’s films tended to comment on modern society and highlighted the power of the individual, Takahata strived to portray nuanced human emotions and relationships. Even his works that were much more lighthearted than Grave of the Fireflies, like the comedic My Neighbors the Yamadas, still have a common throughline in how they both portray the power and bonds of familial relationships. Isao Takahata showcases a different side of Studio Ghibli than Hayao Miyazaki, but one that was part of the package since the beginning.

Takahata Was an Animated TV Series Director Before Making Films

Before he was making some of the world’s best film at Studio Ghibli alongside Hayao Miyazaki, he was cranking out TV animation alongside Hayao Miyazaki. From a humble assistant director hailing from Mie prefecture to animation director to overall director, Isao Takahata rose up the ranks from his early days at Toei Animation to his status as a film legend. Not to mention adding to the University of Tokyo reputation as the best school in Japan, being one of its notable alumni. 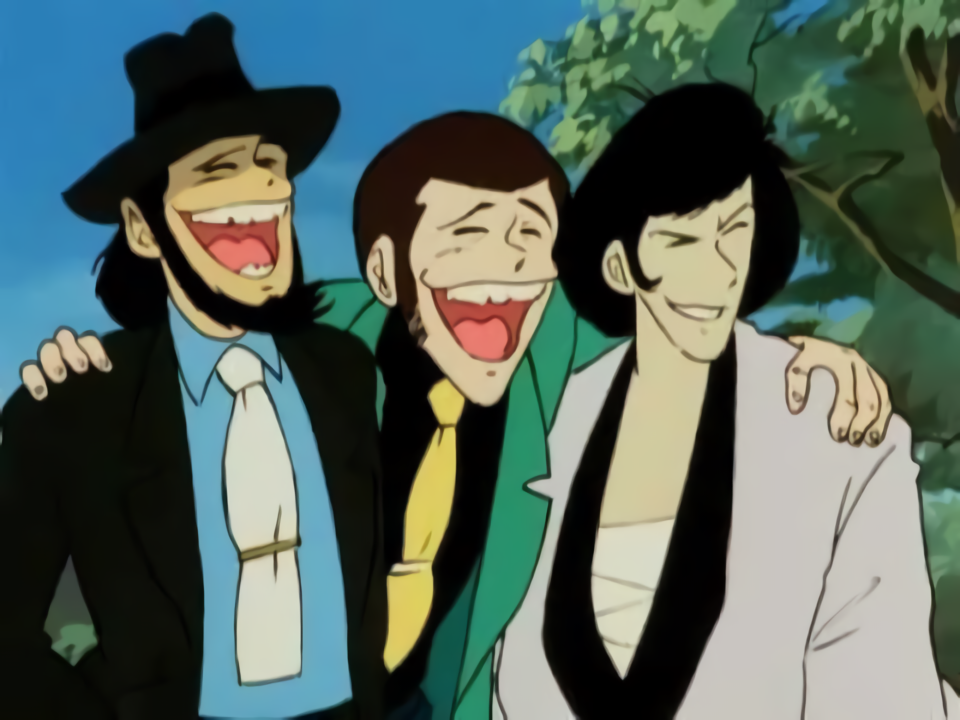 Lupin The Third Part One often gets cited as the season of Lupin Hayao Miyazaki directed before making the seminal The Castle Of Cagliostro. While that’s technically correct, he was only one of three directors on the show with Isao Takahata being another. The Ghibli pair softened the tone of Monkey Punch’s original manga to make it more palatable for TV, though also injected a whole lot of heart in the process. 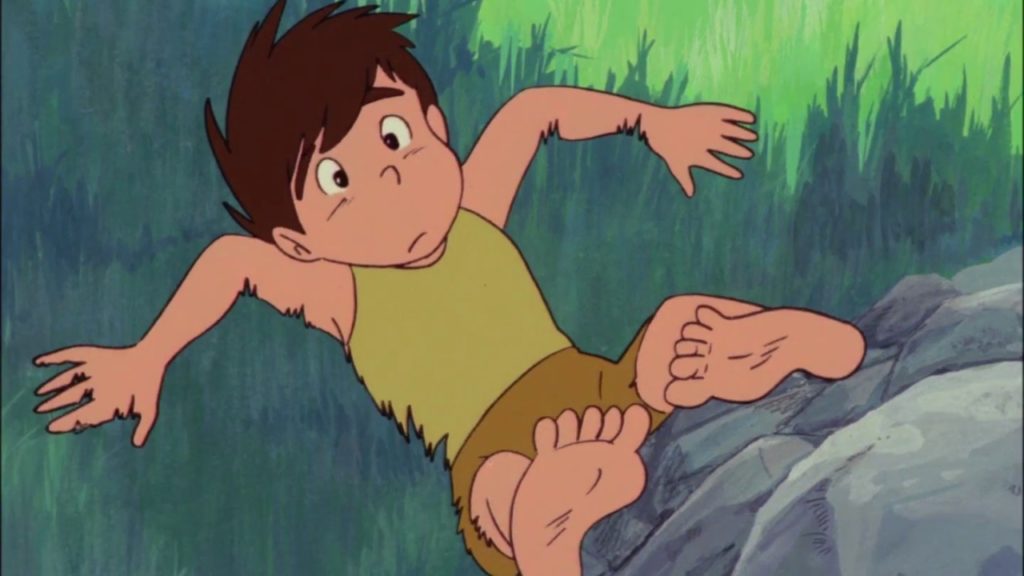 Future Boy Conan was actually directed by Hayao Miyazaki but Isao Takahata did a lot of the storyboarding. As the name suggests, the show could be called science fiction but it also takes place in a post-apocalyptic environment, meaning less cool gadgets and more reclaiming the world. The show’s important in the Takahata and Miyazaki canons for both being a good watch but deepening the working relationship between the legendary creators.

Note that this is completely unrelated to Detective Conan. 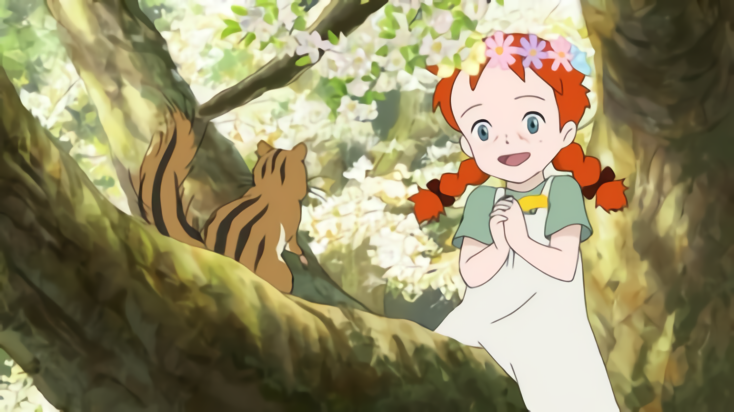 The reverse of Future Boy Conan, Anne Of Green Gables was directed by Isao Takahata and featured composition from Hayao Miyazaki. Based on the classic children’s novel of the same name by Lucy Maud Montgomery, the show’s absolutely considered a classic amongst the older Japanese generation. The show also featured early work by Yoshfumi Kondo who would go on to work with Takahata and Miyazaki on classic Ghibli films like Only Yesterday and Kiki’s Delivery Service before directing Whisper of The Heart.

As a rule of thumb, Takahata films never got as much attention overseas as Miyazaki’s, which is a massive disservice to the director and fans alike. While not making as many once Studio Ghibli was formally established as his lifelong coworker, each tale of his brought something real to the table. 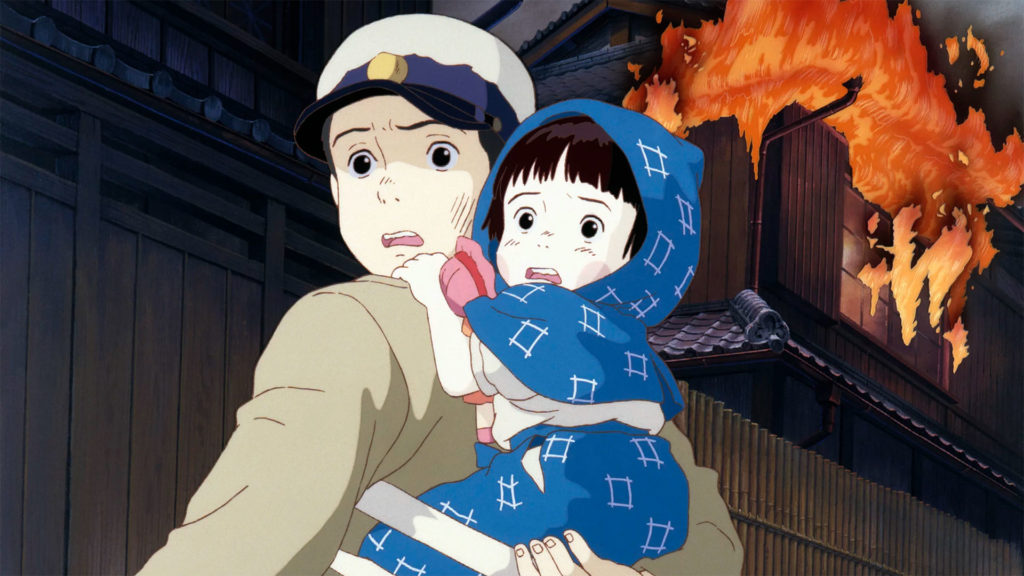 Grave of the Fireflies

The first Studio Ghibli film directed by Isao Takahata is still his most well known. How couldn’t it be with its brutal but accurate portrayal of life during wartime in Japan? Shown with My Neighbor Totoro when it was initially screened in Japan, this movie shows a different side of Studio Ghibli than you’re used to.

While depicting an innately tricky and intimately emotional subject, Grave of the Fireflies pulls off the delicate balance of respecting its subject material without being solely reliant on it as a film. There’s real passion, pain, and direction here with Takahata clearly having something he wants to convey about the Japanese civilian experience during wartime to the audience. If any anime film could be considered actually essential watching, it’s this. 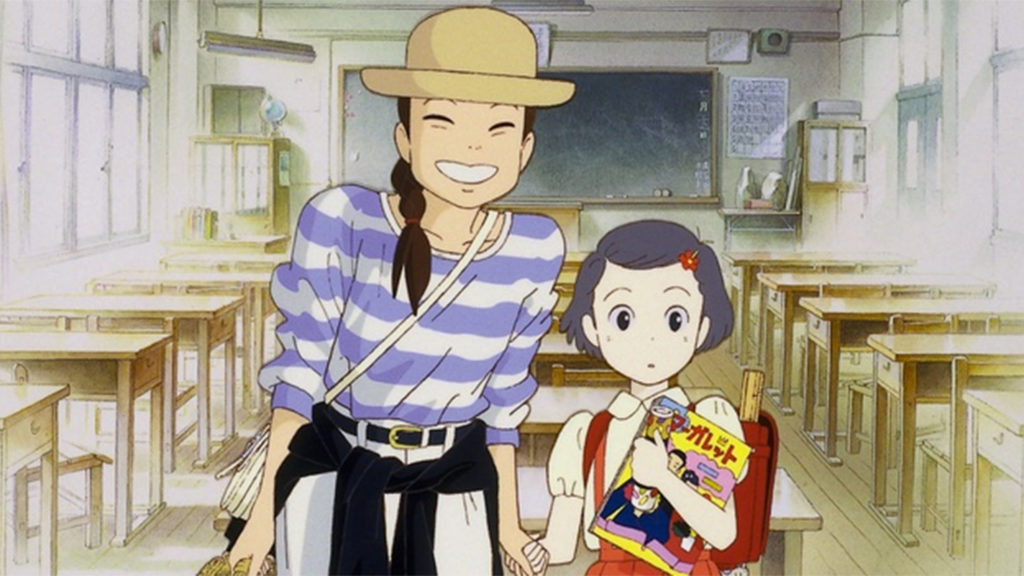 Only Yesterday wasn’t released internationally until the last couple of years, so many fans may have missed this. That’s a mistake you ought to rectify as this film about a grown woman trying her hand at farming and reflecting upon her childhood is an outright masterpiece. Mature, not in the X-Rated way, but in that it’s really made for adults.

Because of Only Yesterday, 1991 became a year to remember when it comes to animated films. You had a few other worthy entries coming from Japan, like the Katsuhiro Otomo and Satoshi Kon collaborative Roujin Z as well as the stand-alone Gundam F91 movie. While those two are worth a watch and maybe even a purchase, Only Yesterday was clearly the cream of the crop in 1991. 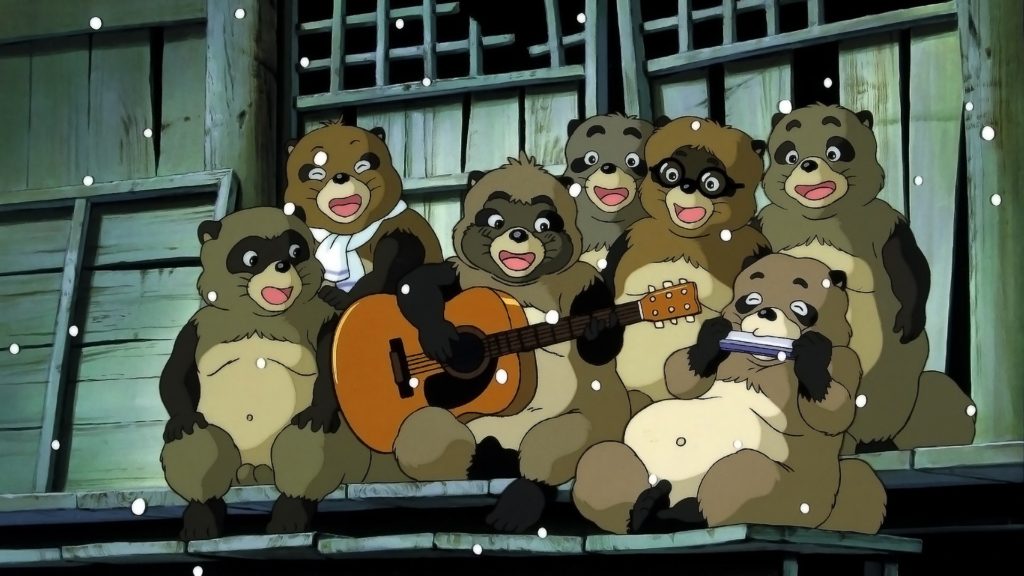 Remember that we mentioned a film that was about a group of shape-shifting Tanuki? That’s Pom Poko! Arguably this is Takahata at his most Miyazaki, as this movie says plenty about nature vs humanity and modernization, but still remains a much more realistic film. Even with the raccoons.

In Pom Poko 1994 had a good competitor for what could have been the most memorable animated film of the year. Unfortunately for Ghibli though, it came out in the same year as The Lion King which many regard as Disney’s finest. Still, we can say 1994 was the best year for animal heavy animated films, unless you prefer the likes of Madagascar. 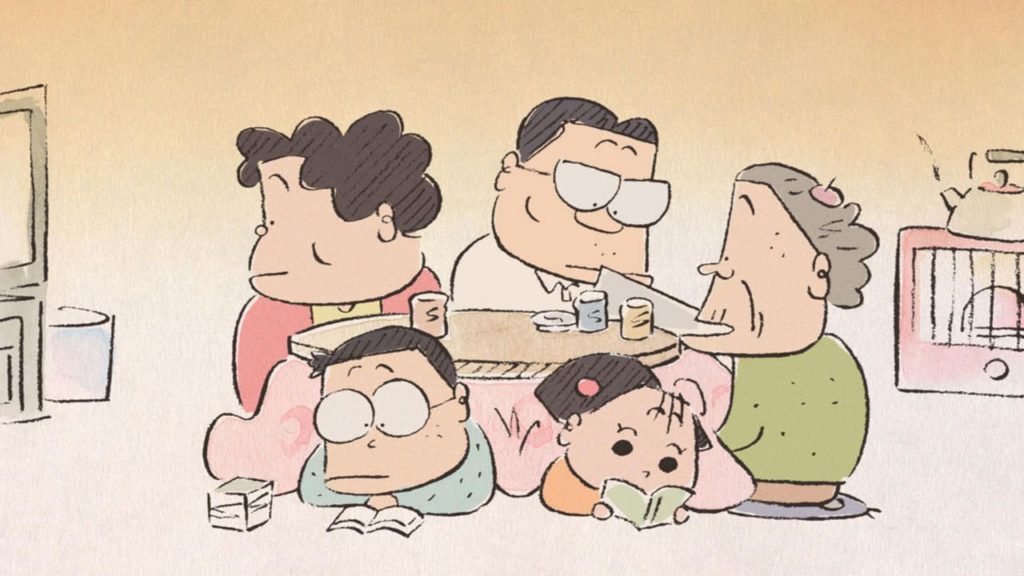 My Neighbors the Yamadas

Studio Ghibli’s only outright comedy, My Neighbors the Yamadas is a series of events about an average family living an average Japanese life. It’s a delightful look at what makes a family and has a very cute art style to boot.

My Neighbors the Yamadas is probably the most overlooked film in Isao Takahata’s Ghibli filmography, which is already an overlooked collection of films. It’s truly one of the most thoughtful and nuanced depictions of family life, despite not ever getting too serious. You owe it to yourself and to the late Takahata to watch this. 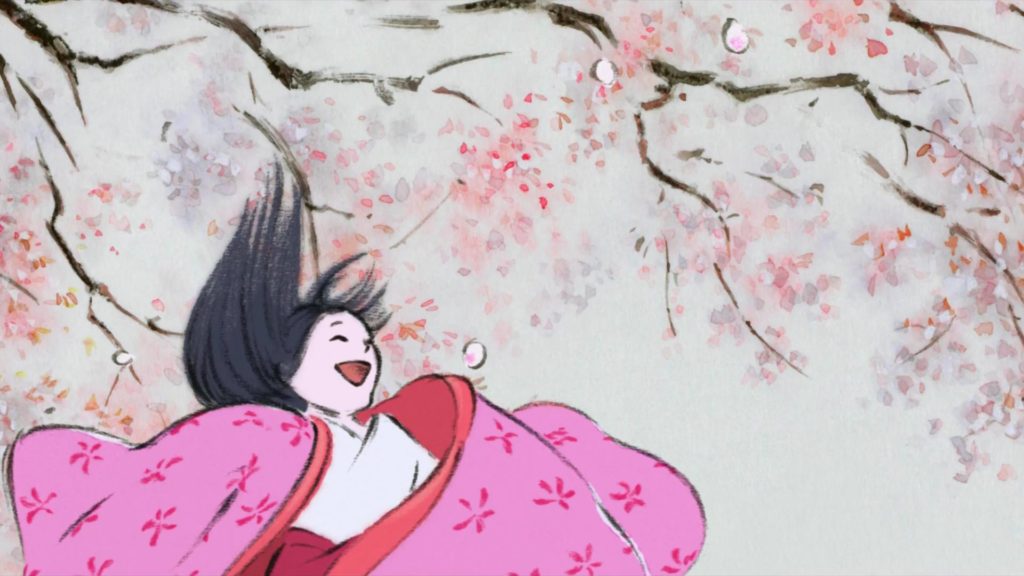 The Tale of the Princess Kaguya

Isao Takahata’s final film created quite the buzz when fans tended to favor this take on a Japanese legend instead of Hayao Miyazaki’s’ most recent The Wind Rises. Another film that has a completely unique art style, you’ve never seen anything so beautiful in your life. It’s a great movie if you’re especially interested in traditional Japanese culture.

It was in his final film that Takahata got some of the international acclaim by cinema audiences he deserved. While some were always hip to Grave of the Fireflies, it came out in the late 80s, which means at this point its time in the spotlight had long passed. With The Tale Of Princess Kaguya, Isao Takahata got to enjoy international acclaim at the time of the films’ release.

The Death of an Animation Legend

Isao Takahata passed away on 5 April 2018 of lung cancer induced complications. Living to 82, he wasn’t young when at his life’s end, but that doesn’t make his death any less tragic. As Hayao Miyazaki and Toshio Suzuki’s partner from the very beginning, and the creator of many masterpieces of animated cinema, Studio Ghibli could never be the same after.

As far as we know, Isao Takahata wasn’t actively working on a film at the time of his passing, but you never can be sure of what might have come to pass. Those close to him have suggested that, like Miyazaki, he may have eventually come out of retirement to put pen to paper once again.