Have you ever wondered why Japan doesn’t produce many Christmas anime? Sure, plenty of shows have a Christmas themed episode of two, perhaps an arc or a special, but where’s our anime A Christmas Carol? Sure, Japan isn’t traditionally a Christian nation, but on the flip side, Christmas has long been an established secular event here that the majority of people partake in. Yet, despite the prominence of Holiday media, there’s a surprising lack of Christmas anime out there. We never had a Shonen Jump title about an elf aspiring to become the next Santa Claus, nor a shojo take on how Mister and Misses Claus met. The one concrete example we can think of, Itsudatte My Santa!, did not usher in a golden age of Japanese Christmas animation. 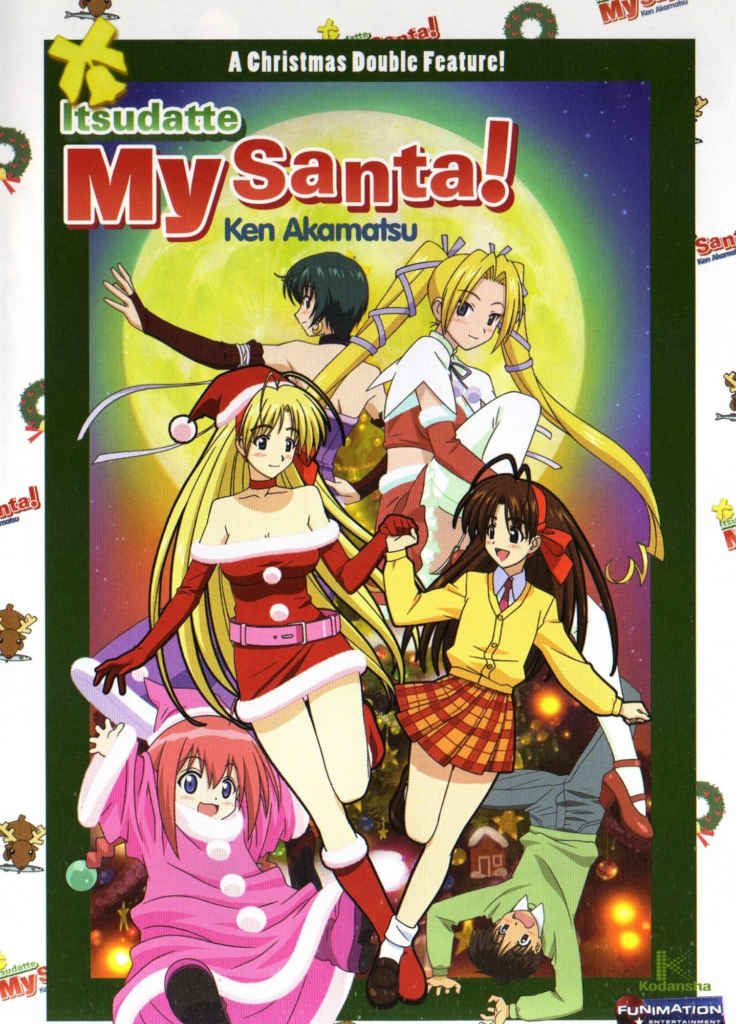 Itsudatte My Santa! is a 2005 two-episode OVA based on a Ken Akamatsu one-shot he penned before working on Love Hina, much less Negima. Lord knows how animation producers found this one-shot, and it’s entirely possible they unearthed it solely to slap Ken Akamatsu’s name onto a product. Look, his name’s right there in the logo! Being a work in the ‘Akamatsuian’ tradition, the show is about one guy who has a bunch of girls fighting over him for some unknown reason. They do, however, all go to ‘Santa Claus’ academy which makes this a bonafide Christmas anime, as far as I’m concerned. Oh, the protagonist’s name happens to be pronounced ‘Santa’. Neat! If anything, I admire the comedic lengths the OVA goes to accomplish its singular mission of being a ‘Christmas Anime’. 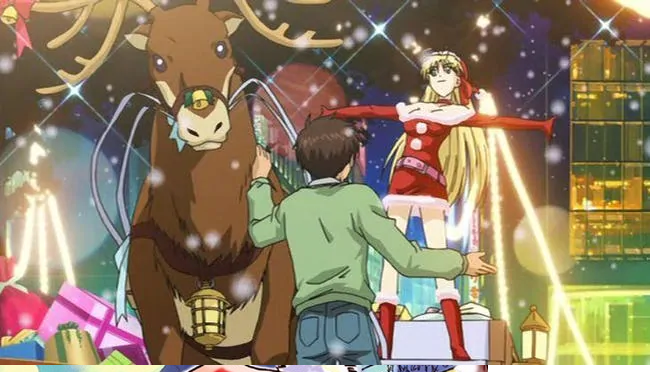 Bluntly, there’s not too much going for Itsudatte My Santa! Ken Akamatsu (which might be what it’s actually called). There’s even less going for its second of two episodes, which for some ungodly, so-predictable-you-could-never-predict-it reason, is a beach episode. You’d think maybe this wasn’t a Christmas anime after all, but there’s a Christmas Cake (a thing in Japan) so it still counts. We’re ripping pretty hard now, but 2005 was a different time when a man named Ken Akamatsu would become more successful than ever by creating a harem manga that featured one guy and 37 girls. The people wanted this mess, though perhaps they were tricked by his art, which presents the Santa festivities in a much more appealing light than that digi-paint animation ever would. 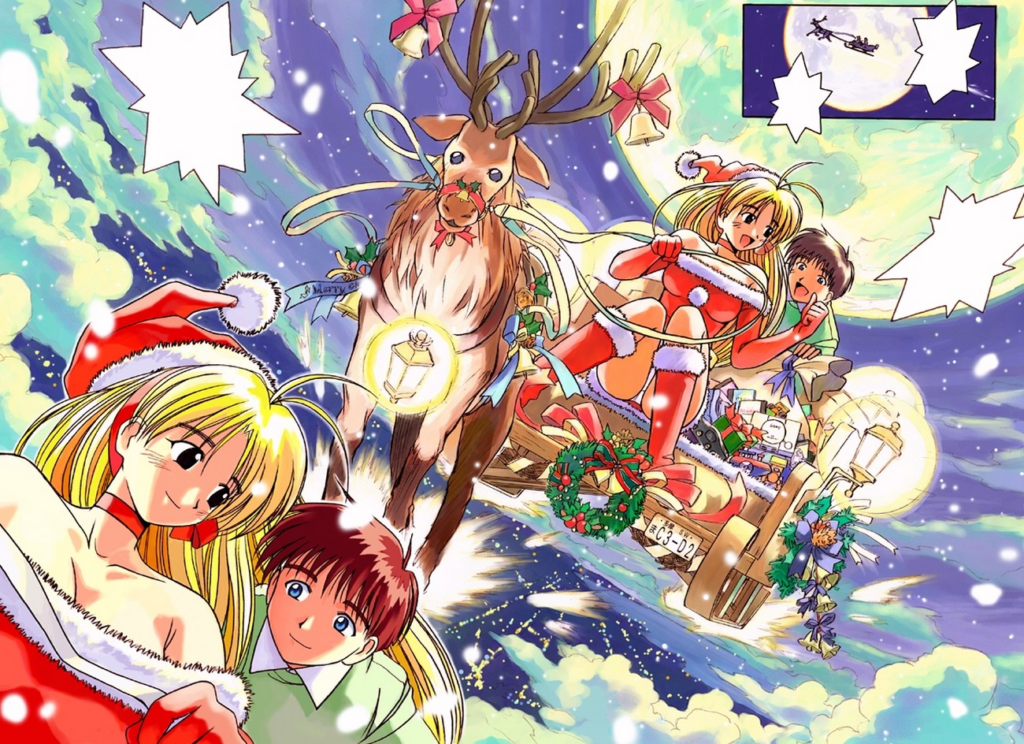 Not that there wasn’t anything admirable in what Itsudatte My Santa! attempted to do; In some world, playing to an author’s creative vision could indeed result in some good Christmas entertainment. What if, though, instead of harem god Ken Akatamasu, we had Knights of Sidonia’s Tsutomu Nihei at the helm. You could have Santa attempting to deliver presents inside infinitely tall derelict concrete structures, avoiding twisted humanoid abominations along the way. An Eichirou Oda inspired Christmas Special could see the ‘Santa-Hat’ pirates spreading holiday cheer along the Grand Line. Throw Ghibli into the mix, and the possibilities for Anime Christmas are endless. Unfortunately, Itsudatte My Santa wasn’t one of these and is best left alongside the Star Wars Holiday Special.