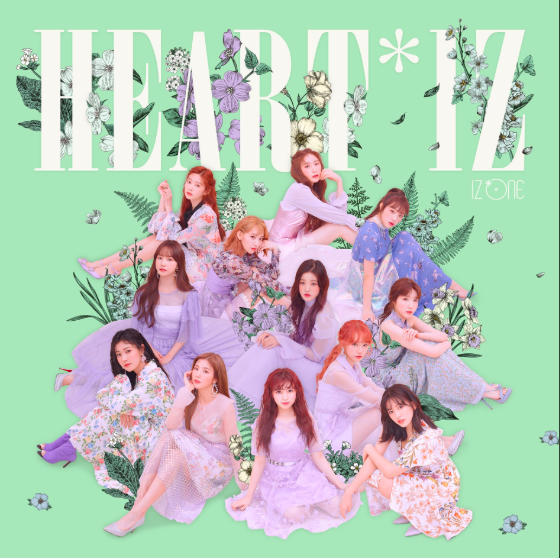 Collaboration between Japanese and Korean artists is on the rise. But the most prominent example of this developing trend comes at a mainstream level. The group IZ*ONE features a mix of Korean performers and Japanese members hailing from the AKB48 family of idols. Originally formed via a Korean competition show called Produce 48, the twelve-member unit has made big inroads in both countries. Late Monday night, they released a new album called HEART*IZ, along with a video for the song “Violeta.” Watch the latter below.

If this is your first brush with IZ*ONE, “Violeta” offers a good in into their sound. It’s the group’s second Korean-language single, following last year’s buoyant “La Vie en Rose,” one of 2019’s K-pop highlights thanks to a dramatic build to a hook that does a sneaky good job sticking around in your head after you hear it for the first time. “Violeta” plays it safe in the wake of “La Vie en Rose’s” big success, sticking closely to the same formula that worked the first time around. The chorus features a deep-house vibe and the verses slip in some left-field vocal twists, but the general structure resembles “Rose” pretty frequently. Call it a safe play as a follow-up number.

The album, however, offers some real gems underlining why this group made such an impact right away. “Highlight” manages to be just that, mixing a tenser dance-pop bounce with passages scratched up by hi-hat skitters without ever losing the pace. “Airplane” offers one of the perkiest pop numbers from IZ*ONE yet, and is a welcome bit of lift following the total pits of preceding cut “Really Like You”, a ballad reminding that the market in both Japan and Korea demands momentum-stalling ballads. But that’s an outlier here, and overall HEART*IZ offers an up-tempo set showing IZ*ONE have a solid grasp on fidgety pop boosted up by a relentless hop.