Japan Announces “Reiwa” as Name for New Era Beginning May 2019 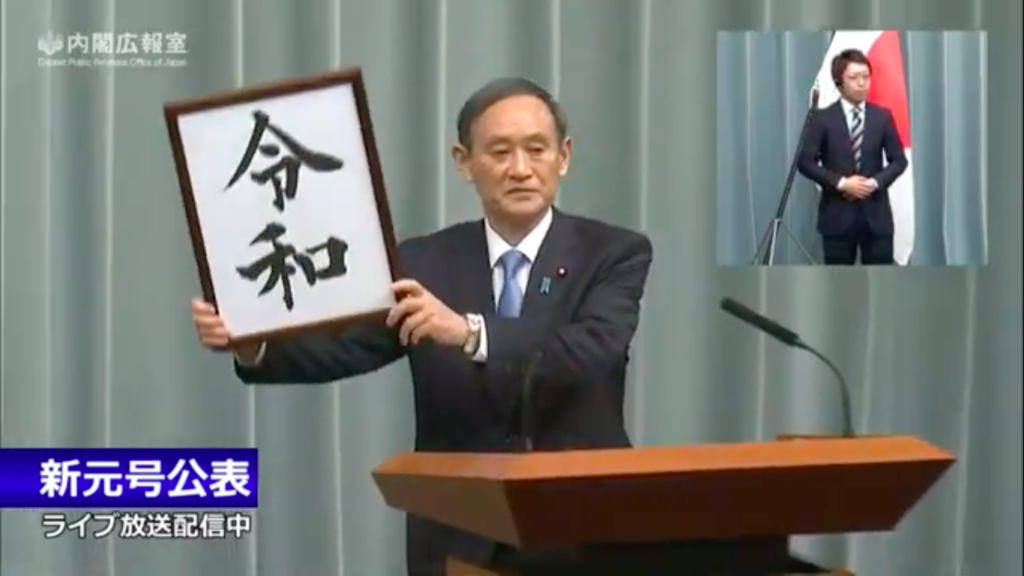 The Japanese government announced that the new era starting this May would be called the “Reiwa” in an announcement captivating people all over the nation.

Japanese Chief Cabinet Secretary Yoshihide Suga made the announcement around 11:30 a.m. on Monday during a press conference broadcast by every major TV network in the nation and anticipated by many on social media. Suga announced the new era by holding up a signboard featuring the kanji characters for Reiwa.

“Reiwa” comes from the Manyoshu, the oldest existing collection of Japanese poetry. While an exact translation hasn’t been given, some have pointed out that it is something like “excellent harmony.” Prime Minister Shinzo Abe commented afterward to offer more context on the choice, revealing that it refers to a poem referencing the joys of early spring.

The Reiwa era officially begins on May 1. That’s when Japanese Crown Prince Naruhito officially takes over the position of Emperor. The day before, his father Emperor Akihito will step down from the position that he has held since 1989 when the Heisei era began with similar televised flair. The current Emperor announced his plans to give up the throne in late 2017. The naming of the next era was taken very seriously, with all kinds of group meetings and deliberation.

Reaction online was all over the place, as you’d expect. But let’s get to what really matters on the internet — the memes. One of the first terms to trend on Twitter in Japan following the announcement was “Reiwa 18 Toshi,” referring to the 18th year of the forthcoming Reiwa era. This means it would be referred to as “R18,” which also happens to be the marker for media meant only for adults. Netizens went hog wild with this one, along with a few other R-related jokes.

But regardless of the internet ephemera it generates, Reiwa is on the horizon.

Please, No More Songs About Heisei Ending or Reiwa Beginning, I Beg You