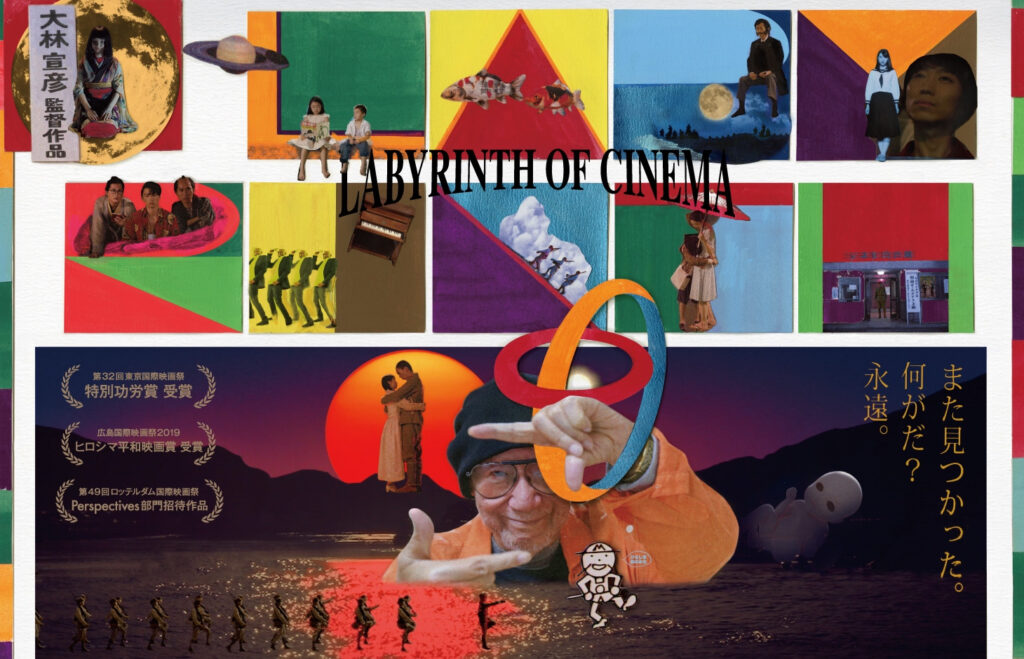 The yearly Japan Cuts festival held in New York each summer in co-operation with the Japan Society is the premier event celebrating Japanese cinema in the US. Each year the event has brought Japanese films from indie darlings to mainstream hits to cinema screens in New York for a limited time. Like every festival from Annecy to Cannes, last month Japan Cuts announced that the 2020 incarnation would move online as a result of the coronavirus pandemic, making this year’s slate of films accessible across the US for the first time. A select few will also be available worldwide. While we already knew that One Cut of the Dead director Shinichiro Ueda’s latest film, Special Actors, was one of the films to be showcased this year, the full lineup is an impressive showcase of Japanese cinema.

All in all, 30 feature films and 12 short films will be made accessible online for Japan Cuts 2020. Here, we preview the event and recommend the biggest and best films worth watching from the event, set to run from July 17th until July 30th with digital tickets available from July 10th.

Nobuhiko Obayashi’s death in April from cancer resulted in the loss of a true auteur of Japanese cinema, a man who’s unique style is instantly recognizable through its heavy use of surrealist filmmaking techniques and larger-than-life acting. His presence is unavoidable in its influence on the Japan Cuts 2020 lineup for this year’s event. The most eye-catching movies and events available for the event are featured as part of a tribute to the talented director.

Perhaps most striking of all is the inclusion of Labyrinth of Cinema. This is the final film the director produced before his death, making a world premiere at the end of last year at the Tokyo International Film Festival. The movie saw Obayashi return to the subject of war that produced arguably his best work, Hanagatami, for an altogether more personal tale. Though it bills itself as a fantasy tale that transports a group of young adults into the cinema screen to relive Japan’s past leading up to the dropping of the atomic bomb on Hiroshima in World War 2, this film is more of a thesis statement and 3-hour lecture on the power of cinema and the danger of the mythologization of historical events. If I were to recommend only one film from the event, it would have to be this.

The full retrospective on Obayashi’s career also features 2 more films, a documentary on the post-production of this final film called Seijo Story – 60 Years of Making Films, as well as Extro, a cameo-filled mockumentary film celebrating the work of extras in the Japanese film that also features Nobuhiko Obayashi as an interviewee. Away from films and into panel discussions, a 60-minute conversation on Nobuhiko Obayashi will also take place between Noriki Ishitobi, Yo Nakajima, Takako Tokiwa, and Nobuhiko’s daughter, Chigumi Obayashi, with the panel moderated by Yale Professor of East Asian Cinema and Culture, Aaron Gerow.

Obayashi’s name has also been given to an award at the event. The ‘Obayashi Prize’ has been created for Japan Cuts 2020 that seeks to honor and celebrate the next generation. A total of 7 independent films have been chosen to compete. Some of these films have made a name for themselves at other festivals such as The Murder of Oiso, which won an award at the 15th Osaka Asian Film Festival.

Most of the films in this selection look interesting, but the two that catch my mind, in particular, are My Identity, which follows Taiwanese-Japanese teenager Rei as she runs away from home and is taken in by Aoi, and Kontaro, a black-and-white film about isolation and cross-generational memory as high schooler Sora, living with her distant father after the deaths of her mother and grandfather, becomes fascinated in an old World War II diary featuring sketches and stories about the horrors of war. All of the films in this selection look worth a look if you get the chance, though.

Packed Lineup of Films and Documentaries Old and New

Outside of Obayashi’s influence, perhaps most exciting for anime fans is the inclusion of Ongaku: Our Sound, a film earning a lot of attention on the international film festival circuit following victories at Annecy and Ottawa.

Several interesting documentaries also feature at the event, with some of the best documentary filmmakers and films being highlighted in the often overlooked genre.

Having seen the film at a European online film festival I can personally vouch for the quality of i -Documentary of the Journalist-, which follows reporter Isoko Mochizuki who as become a press freedom symbol after speaking out against governmental malpractice. Especially internationally, where the relationship in Japan between the government and media is less understood, the documentary is an enlightening look at how the industry operates in the country, and the favors often expected for access.

The documentary that catches my eye the most is Reiwa Uprising, a monster 4 hour documentary by veteran director Kazuo Hara. I first encountered the director through a 35mm cinema screening of one of their earliest works, Sayonara CP, an unflinching and almost cruel look at Yokota Hiroshi, a man with cerebral palsy, as he tries to navigate a Japanese society that often likes to overlook his existence. Larger in scale than that or works like The Emperor’s Naked Army Marches On, Reiwa Uprising follows a few members of the new Reiwa Shinsengumi political party formed by actor-turned-politician Taro Yamamoto as they seek to make a leftist anti-establishment push for the Japanese House of Councillors.

Away from documentaries, the inclusion of a selection of classic Tora-san films is a welcome feature in the Japan Cuts 2020 lineup (I spoke previously about the impact of the 50-film series) alongside the latest movie in the series, Tora-san, Wish You Were Here. Another major film featured would be Fukushima 50, which centers on the Fukushima Daiichi Nuclear Power Plant disaster that occurred as a result of the Great East Japan Earthquake in March 2011. And that’s just the start

How to Watch the Japan Cuts 2020 Lineup

If you live in the US, all of the films mentioned above, alongside more features and 12 short films that are also being shown at the event. Kinta and Ginji as well as 8 of these short films will also be available to stream worldwide.

Films will be available to purchase individually for $1.50-$3 per short or $7 per feature. Several discounted ticket bundles are also available. All 3 classic Tora-san films can be purchased in a single bundle for $12, for example, while all 7 Next Generation films eligible for the Obayashi Prize can be purchased in a single bundle for just $29, as can all 7 documentaries. A special all-access pass giving access to all 30 features and 12 short films is also available at $99. Each film has a maximum ticket allocation of 1200 tickets, and a film is considered ‘sold out’ if it hits this number, with Ongaku being limited to just 600 tickets. Panel discussions are free without territory viewing restrictions.

The Japan Cuts 2020 lineup is a strong showcase of Japanese Cinema for anyone living in the US, with an interesting selection of shorts available for those who don’t live in the country. You can find out more over on the Japan Cuts streaming page.