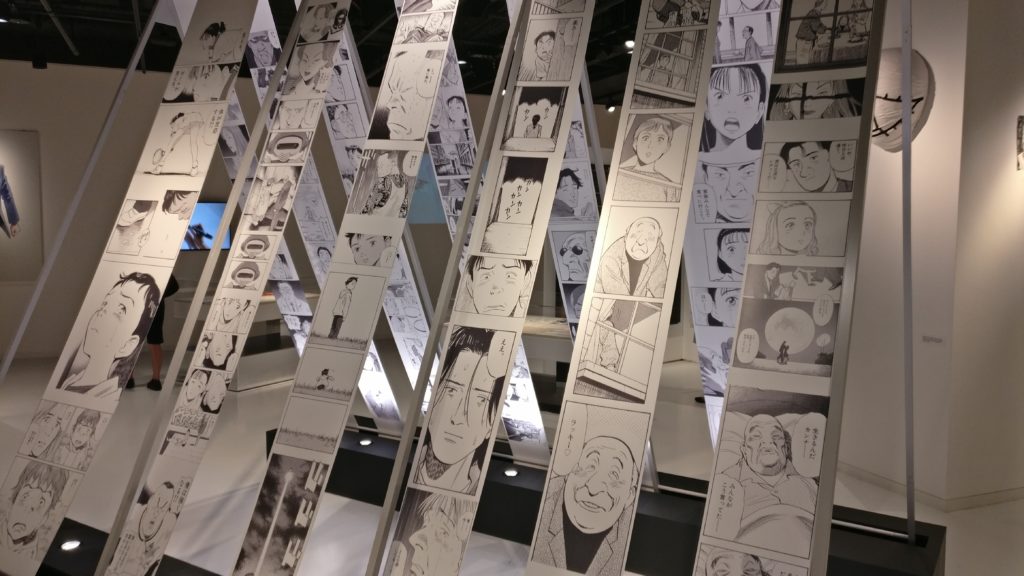 There’s no point hiding how much I love Naoki Urasawa. In many ways, I’d describe the man as my personal hero – if not just on the basis of his furious creative spirit that has brought forth some of the greatest manga ever created, then also because of his appreciation of art as a whole in all of its multifaceted forms, particularly music. Coming face to face with my hero, in a way, at Japan House London’s recent Naoki Urasawa exhibition was, therefore, a rather surreal experience.

What made it even more surreal was the fact that I honestly never thought I’d ever get to experience it. I covered the Naoki Urasawa exhibition’s initial announcement by Japan House’s Los Angeles branch, but never in a million years did I think it would ever come to the UK. But there I was, almost a week ago, standing in London admiring the once-in-a-lifetime experience that was ‘This is MANGA – the Art of URASAWA NAOKI.’

For those not familiar with Japan House, they’re an institution that works together with the Japanese Ministry of Foreign Affairs to showcase the best of Japanese culture, both new and old, popular and traditional in all of its multifaceted glory. They operate three buildings across the world in Los Angeles, São Paulo, and London.

Part of this includes running exhibitions and events on Japanese popular culture, such as their Naoki Urasawa exhibition ‘This is MANGA – the Art of URASAWA NAOKI,’ which began in Los Angeles all the way back in January of this year.

Urasawa even flew over to the City of Angels to conduct talks and live drawing sessions in person, providing a truly unmissable opportunity for any fans of his work.

Not that I, a massive fan of Urasawa, would’ve been able to go and check this out. Taking a long-haul flight across the Atlantic for a single exhibition isn’t exactly something I can justify or afford, so Japan House London bringing the exhibition over to my home country was truly a blessing. The amount of content that had been gathered for the exhibition made it, in turn, much more than a simple re-run.

I must admit that my initial experience with the Naoki Urasawa exhibition when entering Japan House London, located just off Kensington High Street, was a little disheartening.

Approaching Japan House London, it was hard not to know that there was a Naoki Urasawa exhibition going on, not only because of the various posters dotted about but also because several life-size cutouts of various Urasawa characters had been placed in the windows. 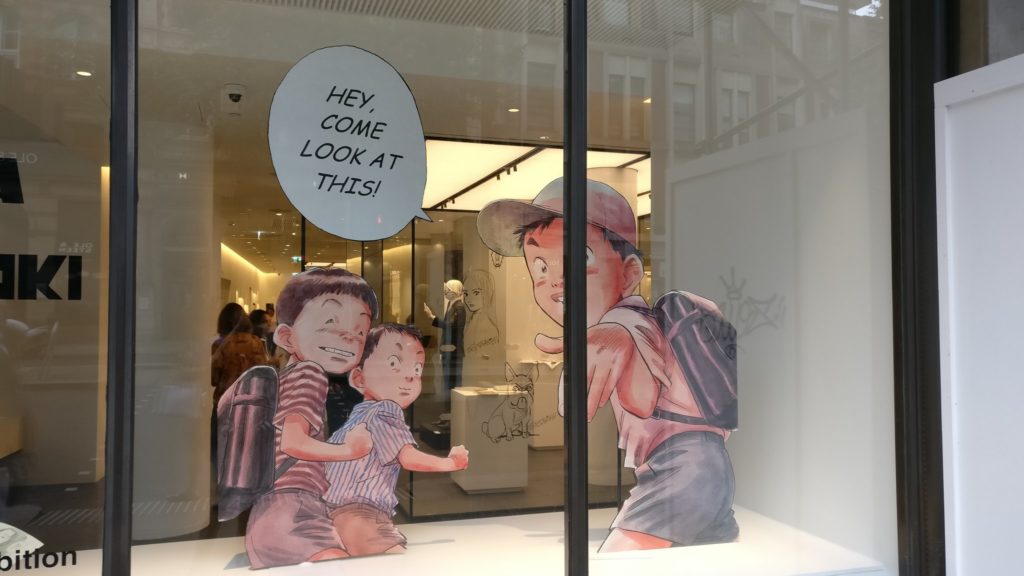 But it was inside Japan House London that the exhibition truly began – even if it began, for me, on the wrong foot.

Located across from the café in the corner of the building was a large glass cube, on which was written the title of the exhibition and information pertaining to it, along with an illustration of Friend from 20th Century Boys that Urasawa had drawn himself prior to the exhibition’s grand opening. 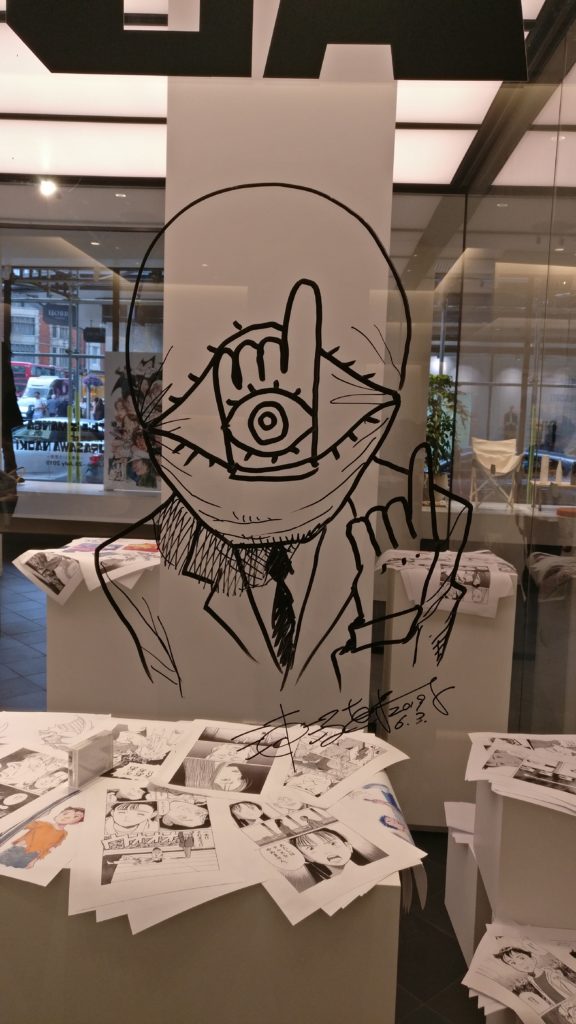 Inside this peculiar glass cube was a collection of replicas of Urasawa’s childhood notebooks, in which he’d drawn various comics and manga aping the popular genres of the time, alongside the ‘Friend’ costume created for the live-action film adaptation of Urasawa’s 20th Century Boys.

While seeing the Friend costume was certainly cool, it was flicking through these childhood notebooks that struck a chord with me, as they showcased Urasawa’s furious creative spirit that has persisted ever since his childhood days. 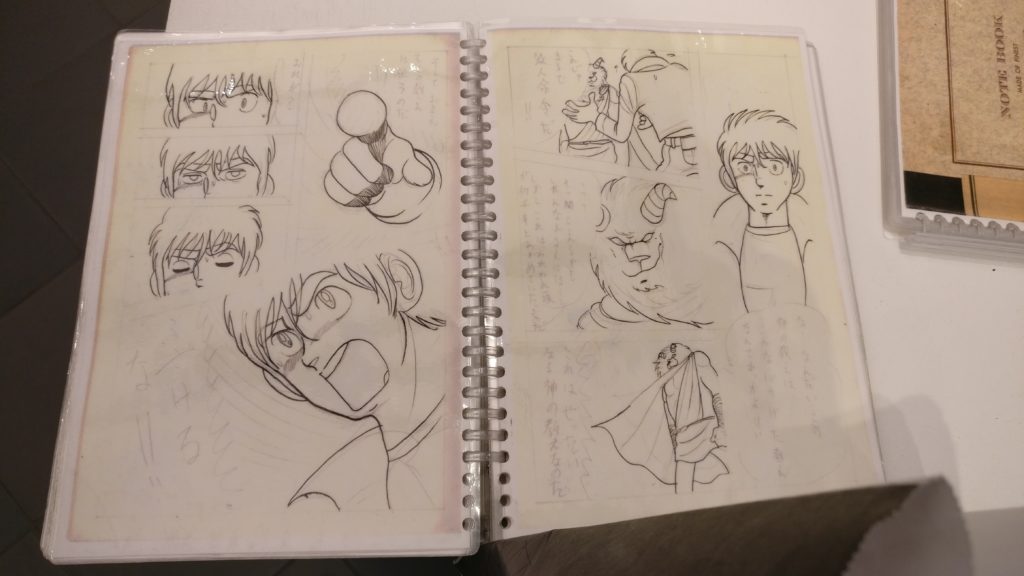 That being said, although everything inside the cube was really interesting and enlightening, I couldn’t help but be a little disheartened as I thought that this cube was the limits of the exhibition.

I was a little disappointed that I’d traveled all this way for such a tiny installation as I checked out the gift shop and bought a Billy Bat t-shirt and the official exhibition tote bag – only to discover that this cube was, in fact, just a tiny slice of what Japan House London had on offer for their Naoki Urasawa exhibition.

This was because the Naoki Urasawa exhibition proper began in the Japan House London basement, in their gallery and exhibition space. Discovering this made me feel a little stupid, but that emotion was quickly replaced with awe as I realized how much Naoki Urasawa material had been gathered for the exhibition.

Material from basically everything across Urasawa’s entire career as a mangaka was present, from his 1986 debut original work Yawara! up to and including his newest serialization, Renzoku Manga Shosetsu Asadora! (Serialized Manga Novel Asadora!). The material on offer included original manuscripts, sketches, promotional videos, and key art. 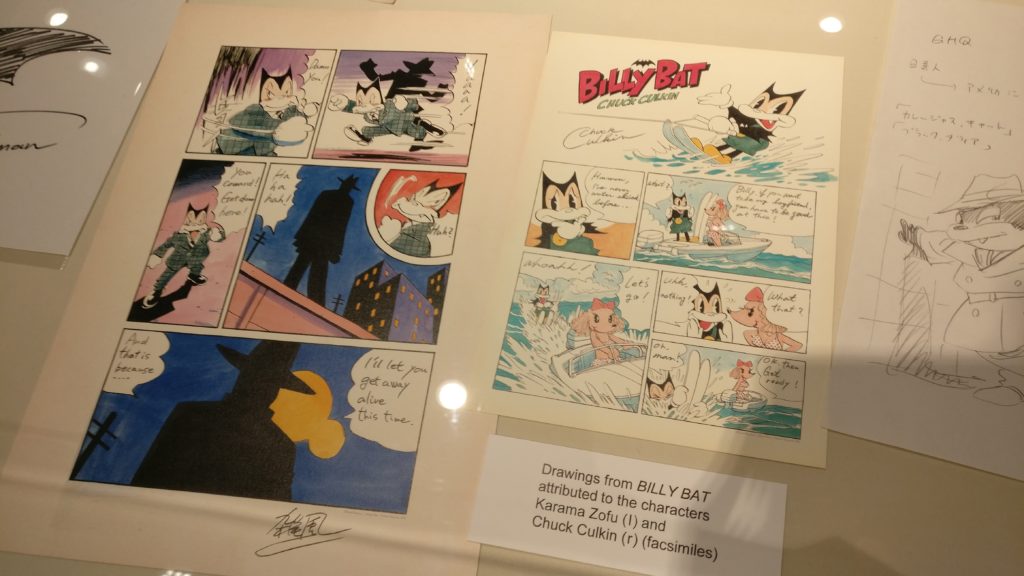 That being said, Japan House London did (quite rightfully) focus on the most popular of Urasawa’s works, 20th Century Boys and Monster, displaying a little more material from those series than other, less popular series such as Billy Bat. There was even a massive wall decorated with the climactic scene from Monster, ready for some photo-ops.

It wasn’t just a case of quality over quantity, mind. Japan House London truly gathered some insightful material pertaining to Urasawa’s most popular works, with the stand-out piece being a scrap of paper on which he had effectively sketched out the entire epic seven-year saga of 20th Century Boys in one fell swoop. 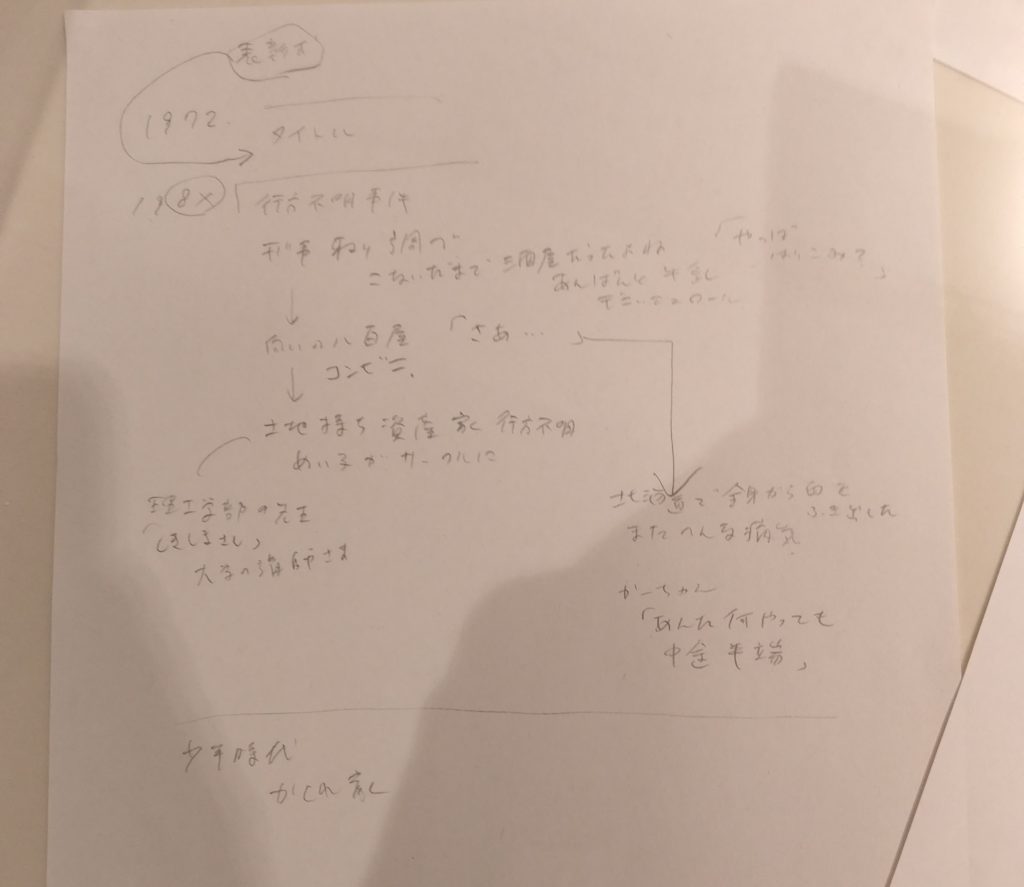 I suppose this just goes to show that, sometimes, it’s not mass of material, but little things that can truly touch the hearts of die-hard fans and enthusiasts.

This tiny scrap of paper, along with original manuscripts for some of my favorite scenes from my favorite manga 20th Century Boys, will always stick with me among this ocean of material that Japan House London gathered for the Naoki Urasawa exhibition.

having a religious experience pic.twitter.com/P4PHU8jVeA

If anything, the only thing that Japan House London missed out from their impressive selection of Naoki Urasawa material for the exhibition was his more intellectual side, particular as a visiting professor at various universities across Japan and his work in creating the TV program Manben.

But, then again, you can’t have everything. And I’m not even sure that more material would have made the exhibition any better – in fact, Japan House London might have ended up running into the same problem of breadth over depth as the British Museum’s Manga exhibition, which ran at the same time.

As it stands, Japan House London’s Naoki Urasawa exhibition ‘This is MANGA – the Art of URASAWA NAOKI’ was an excellent experience that more than matches the quality of the various manga exhibitions I’ve attended in Japan, and then some.

It was also certainly made even more special because of the fact that I never thought I’d get to check it out – meaning that, even though I missed out most of the festivities (including a talk event between Naoki Urasawa and WIRED), I’m sure it’ll turn out to be a day I’ll never forget.

I really hope that Japan House London continues this trend of bringing over exhibitions from their Los Angeles branch, and perhaps even pioneer with some of their own. I’m sure that the good people of São Paulo would also appreciate getting to see the Naoki Urasawa exhibition at their Japan House, in turn.

I also hope that London continues to hold these fantastic events celebrating the world of Japanese popular culture, which include Japan House London’s Naoki Urasawa exhibition as well as the British Museum’s Manga exhibition.

‘This is MANGA – the Art of URASAWA NAOKI’ ran from June 5 to July 28. Their latest exhibition on illustrator Anno Mitsumasa ‘Anno’s Journey: The World of Anno Mitsumasa’ will run from August 22 to October 27. Check out the official website for more details.