Why Today’s Legal Case for Marriage Equality in Japan Matters 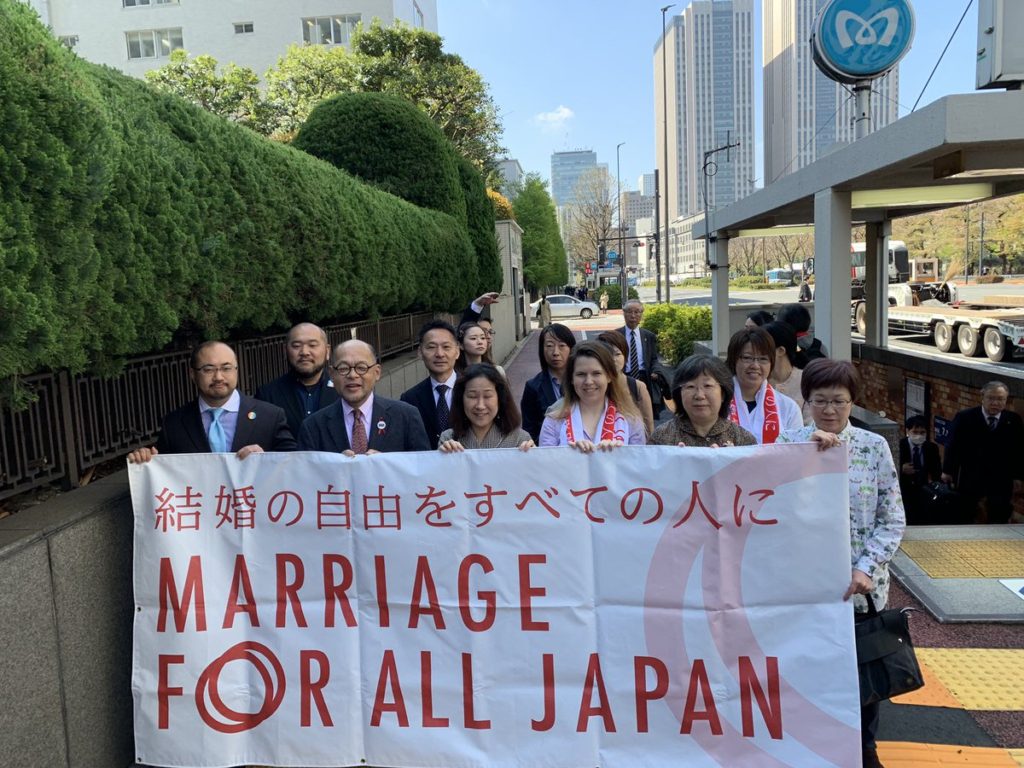 While many countries around the world have legalized same-sex marriage, Japan is not one of those countries. Japan has certainly made strides to improve the legal situation that many gay people find themselves in, but it is far from perfect. You’ve likely heard of local ordinances such as the one in Shibuya or the one that Chiba City introduced that give recognition to same-sex couples, but these are incredibly limited. Sure, they may prevent housing discrimination and the like within that district or city, but they are worthless outside of it, and still don’t provide the same legal provisions as a recognized marriage in cases such as the inheritance of a deceased partner’s property. There is no national law that prevents discrimination based on sexual orientation either, even though, again, some local ordinances have been issues to counteract discrimination. In other cases, a transgender individual who is married who is transitioning and wants to change their legal gender will also have to legally divorce their partner in order to change their gender, because this would cause their relationship to become a same-sex relationship in the eyes of the law. There is a long way still to go when it comes to LGBT equality in Japan, and marriage equality is just one step towards that.

The start of a landmark legal case that could hopefully see the legalization of same-sex marriage and begin this journey occurred in Tokyo and Sapporo earlier today. This case is being led by a group of lawyers under the name of ‘Marriage for All Japan’ who are challenging the laws under the notion that they are unconstitutional. These cases are also being heard in other cities such as in Osaka, and are part of a 13-partner suit collectively filed on Valentine’s Day in order to amend the law and legalize same-sex marriage throughout Japan. As is stated on their website, they are arguing this case under the notion that to deny same-sex marriage is unconstitutional under the rights of the individual. In a quote from the group’s website, they state that:

What makes this so important? The main reason this is so important is that the issue goes beyond the simple right of marriage. While the argument exists in its own right that equality requires that same-sex couples are offered the right of marriage and therefore the law in Japan should change, the unity of marriage provides a couple many legal protections they are not offered otherwise. For many same-sex couples who live together in Japan in the current legal climate, there are multiple rights denied to the spouse in a same-sex couple that is offered as standard to a heterosexual couple through the union of marriage.

In a situation where a partner passes away, the partner is unable to inherit property unless they are stated in the will, regardless of how long you’ve lived together, possibly resulted in forced eviction and loss of property. Spousal visas are not offered to the partner in a same-sex relationship if they are not Japanese, leading them to possibly lose the right to live in Japan in cases such as redundancy from a job. If a partner is critically ill in hospital in Japan it may not be possible to receive updates on their illness or see them while in hospital, while you can also lose access to a child in the case of a break-up, all due to this lack of equality in terms of marriage. There are many more situations where same-sex couples lack the same legal protections, making this a case about far more than just marriage, but a step on the road to equality. After all, as one such plaintiff in the case, Ikuo Sato, stated in court, social stigma causes their partner to keep their sexuality a secret and is the reason they did not turn up to court today. That social stigma won’t go away if this case is successful, but the simple act of their relationship being legally respected would help ease this burden.

Although the legal process for this case did begin earlier today, I would expect that we are a long way from a resolution to this issue, unfortunately. If the case is unsuccessful in district courts where it is currently being heard, the group are willing to appeal all the way up to the Japanese Supreme Court, a process that could take years to its conclusion.

I for one am hopeful, if not expectant, that such change will occur in Japan thanks to this legal case for marriage equality. Equality is a right for all people, and LGBT people deserve to have their relationships seen as equal within the eyes of the law. Issues with Japanese laws regarding same-sex marriage and LGBT issues are something I pay close attention to and cause a great deal of conflict for me due to my own status as a trans person. When you hear about Japanese legislators calling LGBT people unproductive and you hear of workplace discrimination it is something that, while far from exclusive to Japan, pains me all the same.

I will be following this case hopeful and will update on the process of this case for OTAQUEST. You can find out more about the case, as well as ways to support the plaintiffs and the organization fighting these legal cases, at their bilingual official website.