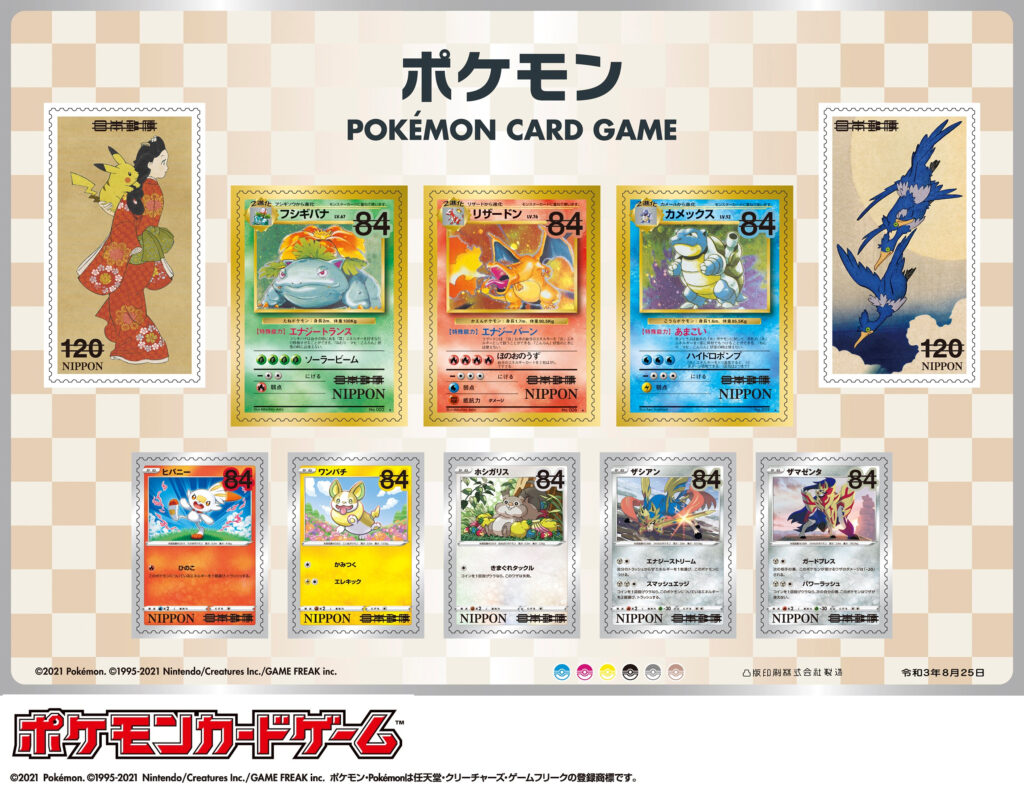 Japan Post has done some unique and fun stamps and postcards collaborations, like the Demon Slayer New Years postcards. Their latest otaku team-up features a lot more than just anime stamps or postcards.

On Friday, they announced a new two-part collaboration with Pokémon. The first part includes sheets of Pokémon postage stamps that will arrive in July; The second part is a Pokémon stamp box, coming in August. 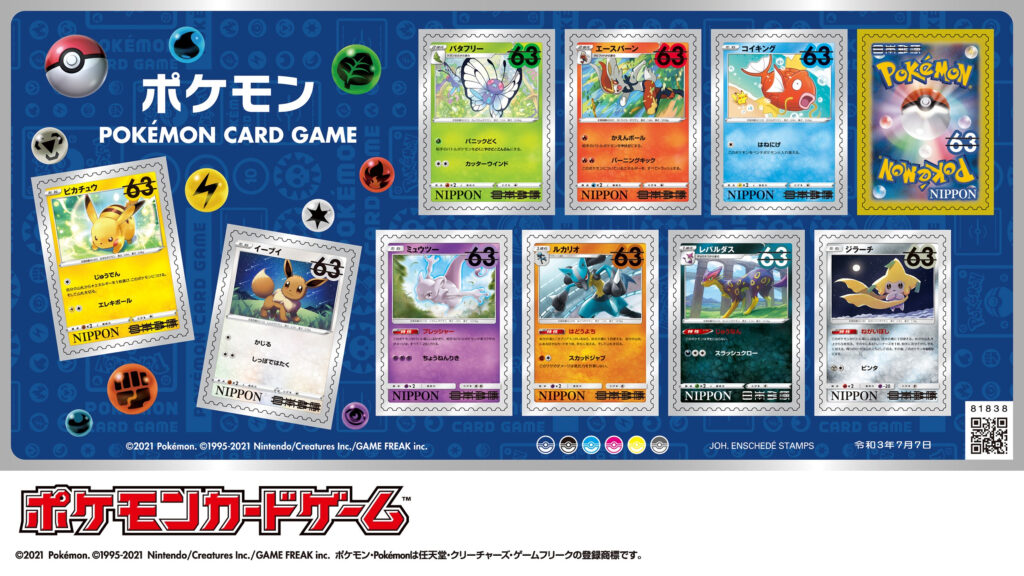 The postage stamps are quite clever. One sheet will feature ten 63-yen stamps, designed to look like Pokémon TCG cards (marked so you know that they are legal, usable postage stamps). The card stamps feature Pikachu (who else?), along with Eevee, Mewtwo, Butterfree, Cinderace, Magikarp, Lucario, Liepard, and Jirachi. The tenth card shows the backside of a typical card. 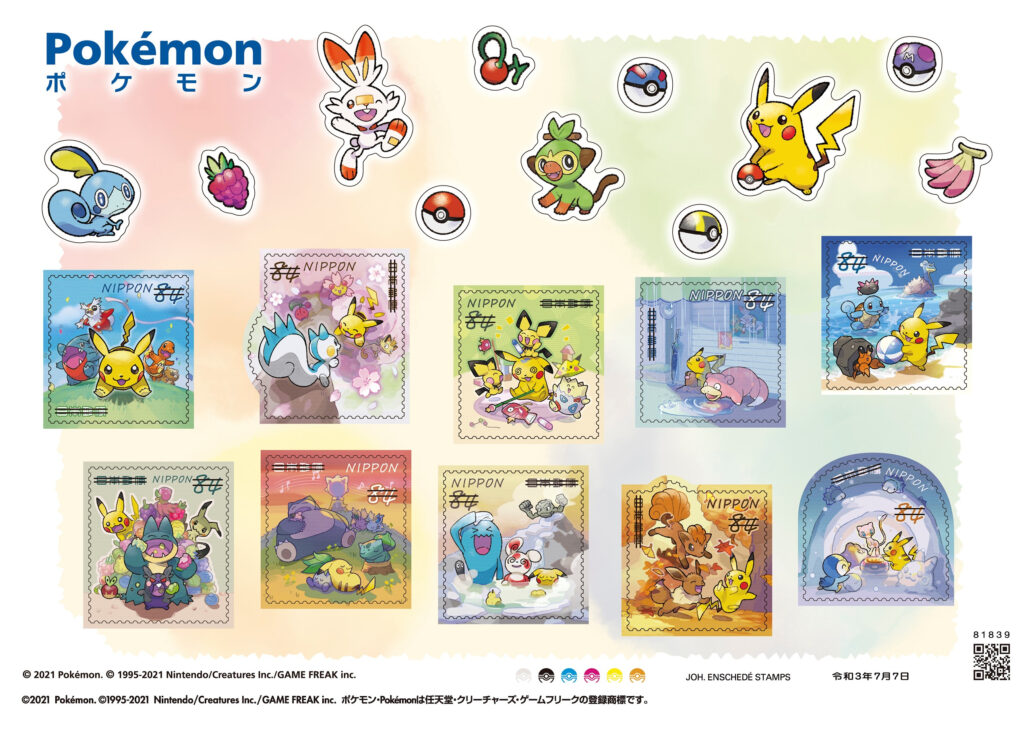 The second set of stamps (84 yen) features illustrations of Pikachu and friends at different times of the year. These include a cherry blossom-viewing (hanami) card, a rainy day (typically June in Japan), Pokémon fun at the beach, onsen hot springs, autumn leaves, and a big ol’ winter snow fort. 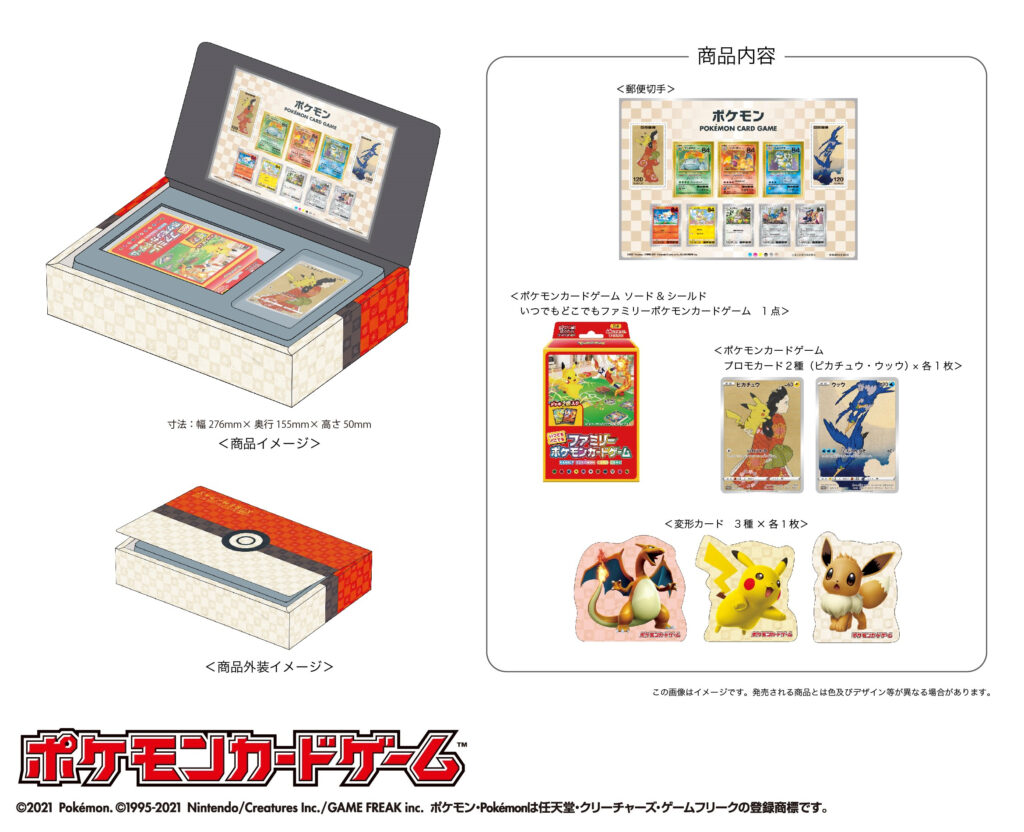 The box set will cost 4000 yen when it is released in August. It will feature a third sheet of stamps.

Two of these will be based on classic Japanese stamps, only with a Pokémon twist to them: The Beauty Looking Back stamp, based on art by Hishikawa Moronobu, now has the beauty holding Pikachu. The Moon Goose stamp, originally by Utagawa Hiroshige, now features Cramorants instead of geese. Both are real 120-yen stamps.

The other eight stamps will be 84-yen stamps, designed to look like TCG cards. Venusaur, Charizard, Blastoise in gold; and Scorbunny, Yamper, Skwovet, Zacian, and Zamazenta in silver.

The stamp box will also include Pikachu, Charizard, and Eevee stickers (not stamps), the Pokémon TCG Family Box Set, and a pair of Pokémon promo cards featuring the classic artwork stamps.

All will be available at Japanese post offices or online.

other Corey Prasek 1 day ago