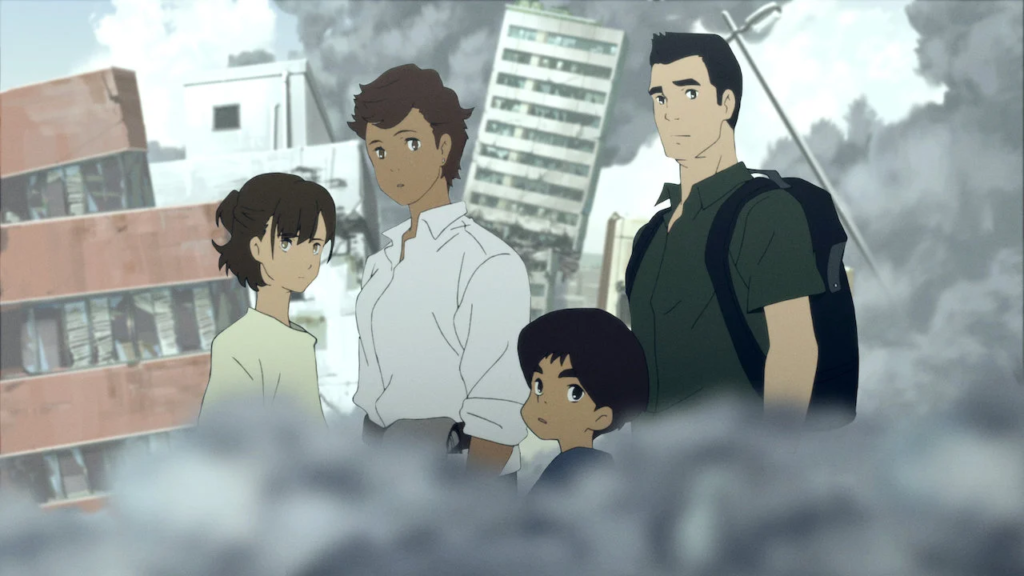 Japan Sinks 2020 going unsung, especially compared to Masaaki Yuasa’s other enormously popular 2020 anime Keep Your Hands Off Eizouken!, isn’t entirely surprising. 2020 has been so thoroughly catastrophic that just about 10 out of 10 people would choose a colorful slice of life about creating animation for their escapism, as opposed to a terrifying reflection of our reality that doesn’t feel so far off. Our own in-house review had conflicting opinions on Japan Sinks 2020, both in the concept of releasing just this past summer and in execution.

A compilation film made to address some of the said criticism just hit theaters in Japan, and director Masaaki Yuasa’s got a bit candid about the reception.

Before working on the project, Yuasa said he never thought much about his relationship with his country of origin. Working on Japan Sinks 2020, and particularly again on its film edit with a renewed perspective, Yuasa stated he used the creative process as an opportunity to examine his relationship with Japan and his place in the country. He purposefully left out why the environmental catastrophes of the show were occurring, because he wanted audiences to think about them in an open-ended manner. Instead, many were just confused. The director added that while the film won’t necessarily answer the questions, it’ll cut back on the more obfuscated elements of the show.

If your appetite isn’t ruined by wanton destruction unleashed onto good people for no reason at all, Japan Sinks 2020 (even with its criticisms) is worth the watch. Many would say ‘now isn’t the time’, but in fact, perhaps now’s the perfect time to watch a series that so willingly engages with real life. The film is a clearer take on Yuasa’s vision; however, without knowing exactly what does and doesn’t make the cut, we can’t say which you should pull the trigger on.

Japan Sinks 2020 is available on Netflix. The movie cut is in Japanese theaters now.