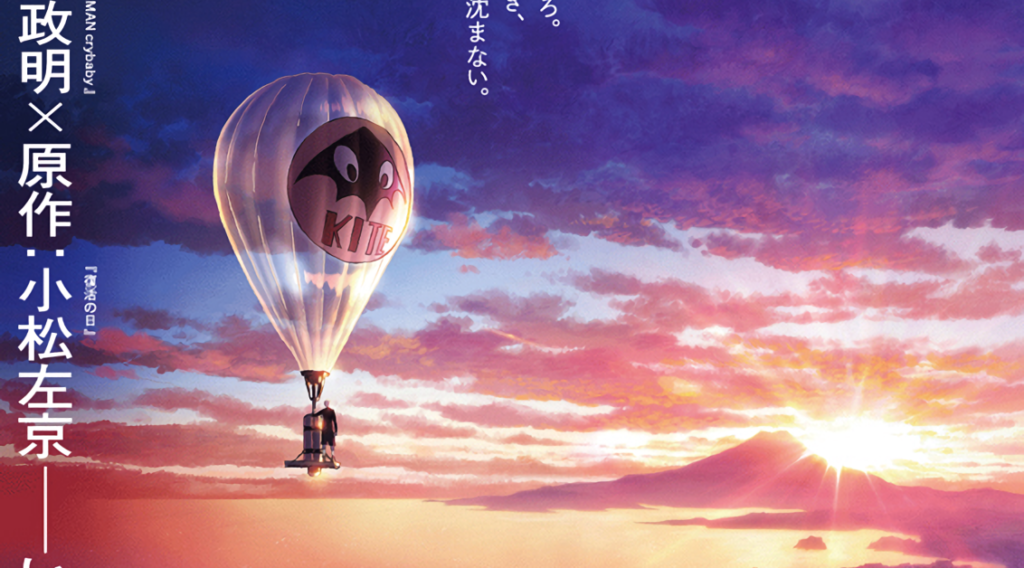 Back when Japan Sinks 2020 was released on Neflix last month, it had a mixed reception. Many of us have already had our daily lives thrown upside down by the pandemic, and real-life trauma prevented many from really engaging with the series beyond a certain point. Nevertheless, perhaps Masaaki Yuasa’s latest may get a second wind yet, as Japan Sinks 2020 will be releasing this November in Japanese theaters as a theatrical movie.

All 10 episodes of Japan Sinks 2020 will be “reconstructed” from the ground up to better fit in the format of a theatrical movie and will be presented in 5.1 surround sound. Explaining the reasons behind making Japan Sinks 2020 into a movie, Masaaki Yuasa said:

“The 5.1 surround sound that we used during the dubbing of episode 1 sounded so good that I thought that it’d be a shame if you didn’t see it in the correct environment. When the series started, we received a lot of criticism, mainly due to the story, and there were a lot of people who weren’t able to share in our vision. There are a lot of pitfalls when it comes to examining this work. Much like the perils that the characters have to overcome, a lot of them aren’t pretty. When Japan Sinks 2020 releases as a movie, please give it a try.”

In this sense, Science SARU and Masaaki Yuasa are directly addressing the criticisms of Japan Sinks 2020 by releasing it as a movie. Perhaps the addition of surround sound, as well as a re-edit of the story, might go some way in addressing some of the problems of the series – namely the shocking and emotional scenes early on.

This theatrical version also links back to the Shizumanu Kibou campaign, launched last month by Netflix, as it attempts to promote the positive message of Yuasa’s latest work. Titled Japan Sinks 2020: Special Theatrical Version -Shizumanu Kibou-, it will release on November 13 in Japanese theaters. No word on an English release just yet.