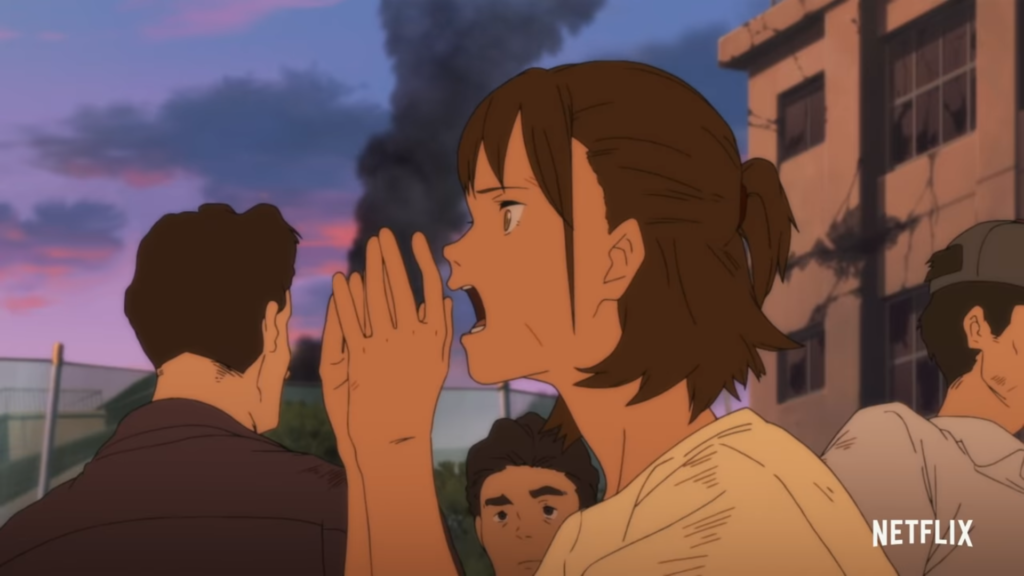 We point this out in every article we write about Masaaki Yuasa, but the man behind Devilman Crybaby just does not stop. Even after knocking out of the part this year with Keep Your Hands Off Eizouken!, a show so delightful and well-received that he’s earned himself some rest especially considering that followed 2019’s Ride Your Wave, he’s got more coming your way and incredibly soon at that. July 9th will see the release of his latest series Japan Sinks: 2020 hit Netflix exclusively, marking the second time he’s worked directly with the world’s premier streaming platform.

Based on the seminal novel ‘Japan Sinks’ by Sakyo Komatsu, a tale about Japan being hit by a number of big natural disasters in a short period of time, Yuasa’s Japan Sinks: 2020 will modernize that story. Unfortunately, Japan’s a country that has a predisposition to Earthquakes and Tsunamis, and even now it’s still recovering from the lingering effects the 3/11 Kumomoto quake from 2011. Truly, you never know when the next big one is going to hit and it makes shows like Japan Sinks: 2020 or Tokyo Magnitude 8.0 all too real especially for those living here.

A show like Japan Sinks: 2020 will seemingly be new territory for Masaaki Yuasa. Despite how much fun a lot his recent works like Eizouken and Night Is Short, Walk On Girl are, here Yuasa’s moving away from these kinds of adorably cartoonish stories to tell what could be his most realistic tale yet. He’s handled serious and heavy interpersonal issues before, like in Kaiba and Ping Pong, but doing a Japan disaster story is wider in scope and truer to reality than here’s normally veered as a creator. While we’re sure this anime will include some breath-taking animation and genuinely heartwarming moments about overcoming struggle, we’re not expecting to have ‘fun’ with this series.