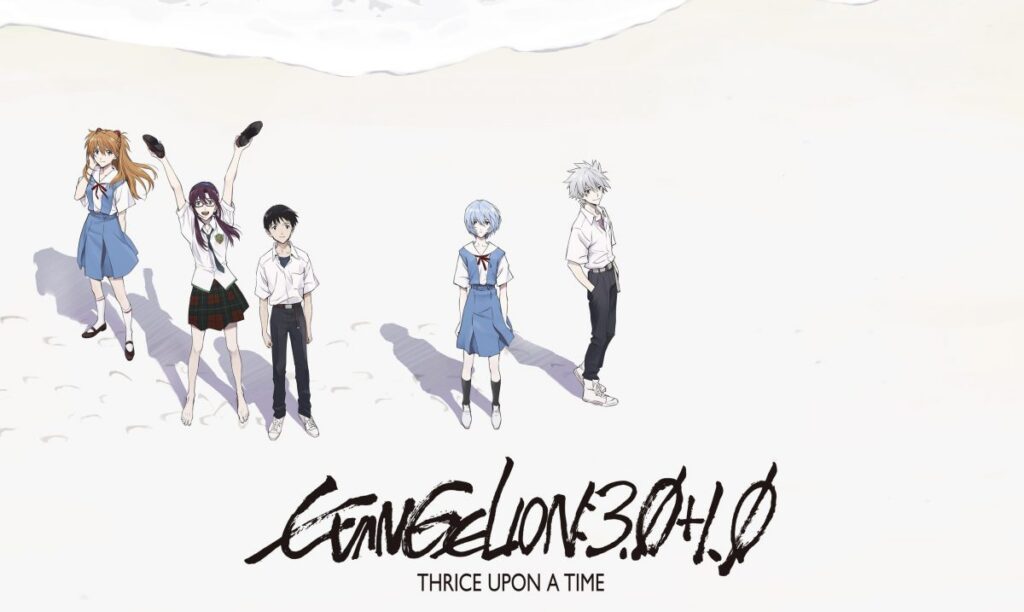 Romance Is in the Air as the Mugen Train Rolls on

The first few months of the year in Japanese theaters, even in normal times, are pretty quiet when it comes to new releases. There are a few reasons for this, including the desire to hold films off for the school holidays in March and Golden Week in April. COVID only compounds this, and with a state of emergency in 10 prefectures limiting audience capacities in theaters and forcing them to close early, we saw a new spate of delays to films that were set to fill this void, which included Evangelion 3.0+1.0.

However, that doesn’t mean the box office isn’t hiding its own share of success stories and failures in these turbulent times. Between the continued popularity of older releases and a few exciting new features, the Japanese box office did see some noticeable activity in this past month.

The big success story for February 2021 at the box office is I Fell In Love Like a Flower Bouquet, directed by Nobuhiro Doi and written by experienced screenwriter Yuji Sakamoto. They also penned the highly rated 2004 movie Crying Out Love In The Center of the World, with this movie being their first big-screen production since 2007 after focusing their career on TV. The movie centers on a couple who meet when they both miss the last train. The movie takes us through five years of their relationship between university to adulthood, knowing that the pair will end up apart right from the start.

After releasing right at the end of January, the film shot to the top of the Japanese box office and has sustained itself ever since through strong word of mouth. After a respectable chart-topping opening weekend, the film achieved the unusual feat of increasing its box office returns in its second weekend by 16%, with the third and fourth weekend declining just 6.5% and 7.4%. This is unusual for a new movie without a public holiday coinciding with increased attendance.

I Fell In Love Like a Flower Bouquet is now the highest grossing 2021 release of the year so far with 1.78 billion yen of revenue so far.

In saying that, it may be no surprise to learn that Demon Slayer: Kimetsu no Yaiba The Movie Mugen Train is the highest grossing movie overall in 2021 to date, despite now entering its 5th month at the Japanese box office.

The film has now earned a cumulative total of more than 37.70 billion yen to date. Though the revenue earned by the film on a weekly basis is certainly slowing, the film is still charting in the top three at the Japanese box office in its 20th week in theaters. Even Your Name was beginning its descent out of the charts by this point.

Then we have Liar x Liar. As discussed somewhat in a column on anime and manga live-action adaptations, the main appeals of adapting these properties into live-action comes from tapping into the dedicated audience of these series, bringing in new audiences, and pushing talent through casting and music.

This can be seen clearly here, since the movie is adapting the well-regarded manga of the same name that released around Valentine’s Day. The original manga reached 10th place in Kono Manga wa Sugoi in 2012, with this movie adaptation seeing Johnny & Associates group SixTones providing the theme song and Hokuto Matsumura from the group performing in the lead role.

While the trailer places this movie as a pretty standard romantic feature (albeit with a twist where the guy doesn’t realize the girl is his distant half-sister), it has found success by charting second in its opening week. The SixTones accompanying CD sold 430,000 units opening week. Not bad, I guess.

Elsewhere, a few anime films are worth noting for their successes. While Sailor Moon Eternal’s second film somewhat disappointingly failed to chart in the top 10 during its opening week, the limited-run movie leading to the COVID-delayed Detective Conan: The Scarlet Bullet, titled The Scarlet Alibi, has been performing well, grossing a respectable 500 million yen in its first two weeks. It’s a clever way to promote the delayed Conan movie while making up some of the money lost from not having a release last year, this is still highly respectable for what is little more than a recap, as is the 1.6 billion yen now cumulatively earned by Gintama: The Final since its January release.

However, the anime film I wish to point out most is Poupelle of Chimney Town. This unique Studio 4C animated film was released on 25 December and has been a resounding success thanks to its long legs, where other animated films have fallen away.

For example, the latest Pokémon film, Coco, has suffered from losing its traditional summer release timeslot and COVID to earn just 1.5 billion yen, the worst-performing movie in the franchise to date.

Meanwhile, Poupelle, an adaptation of a popular picture book, has continued to chart in the Japanese box office in 7th place after 10 weeks and earned 2.2 billion yen.

Looking back at the box office performance in Japan in February, we see it still impacted massively by COVID-19. The weekend box office for February 2021 is still down heavily compared to 2020, which itself begun to feel the effects of COVID-19 towards the end of the month.

It’s arguably a good thing to see such strong numbers despite ten prefectures including Tokyo and Osaka being under states of emergency that directly impact cinema opening times and attendance. With six regions including Osaka ending their state of emergency and the rest expiring on 7 March, the effect on the box office will hopefully be less severe this month.

If anything, it’ll certainly be helped by some of the new movie releases hitting this month.

Fingers crossed, the Evangelion movie franchise will finally come to an end this month as Evangelion 3.0+1.0 finally hits the Japanese box office on 8 March 2021. Having been delayed twice already, the decision to announce a release date less than two weeks away is a bold decision that hopefully signals confidence from Studio Khara the movie will finally come out this time.

We’ve covered this movie in a lot of detail before, and anyone reading this probably knows at this point if they’re excited to dive into this latest movie or not. So let’s move on.

Kodansha’s latest live-action manga adaptation puts Momoiro Clover Z’s Momota Kanako and Matsuya Onoe in the lead roles of a romance movie. In the movie, Makoto Kashiba is a bank clerk who, due to a mistake, is demoted to a rural branch office where he meets Yoshino Ikoma, a woman who runs a goldfish scooping store, and falls in love at first sight.

While at least some of my interest in the film comes from the lead role being given to Kanako, there are other reasons to be excited. The manga being adapted is relatively short at just three volumes and has received positive critical acclaim, giving hope that we’ll see a complete adaptation with this film that lives up to the source material. Sukutte Goran hits Japanese theaters on 12 March.

The Girls und Panzer finale series has been slow to release, but each part so far has delivered on the expectations of fans by capturing what made the initial series of the anime such a phenomenon when it premiered in 2012. In part 3, battles between the schools enter new environments like the jungle. This third part in the 6-part finale series of theatrical OVAs will hit Japanese theaters on 26 March.

Kiba: The Fangs of Fiction

With an all-star cast including Yo Oizumi (Tokyo Ghoul), Mayu Matsuoka (Shoplifters) and Koichi Sato (Six Four), Kiba is arguably the biggest live-action film hitting the Japanese box office in March 2021. In the movie, major publisher Kunpusya is shaken by the sudden passing of its CEO that results in a large internal power struggle. The executive manager, Tomatsu (Koichi Sato) is trying to change the company from its core, and he gives impossible tasks to Hayami (Yo Oizumi), the eccentric chief editor of a struggling magazine called Trinity which leaves it on the verge of cancelation. Hayami and rookie editor Takano (Mayu Matsuoka) try to do what they can in a tense story as they attempt to stop the magazine from being shuttered.

The movie is set for release on 26 March as it rounds out the month for new releases.