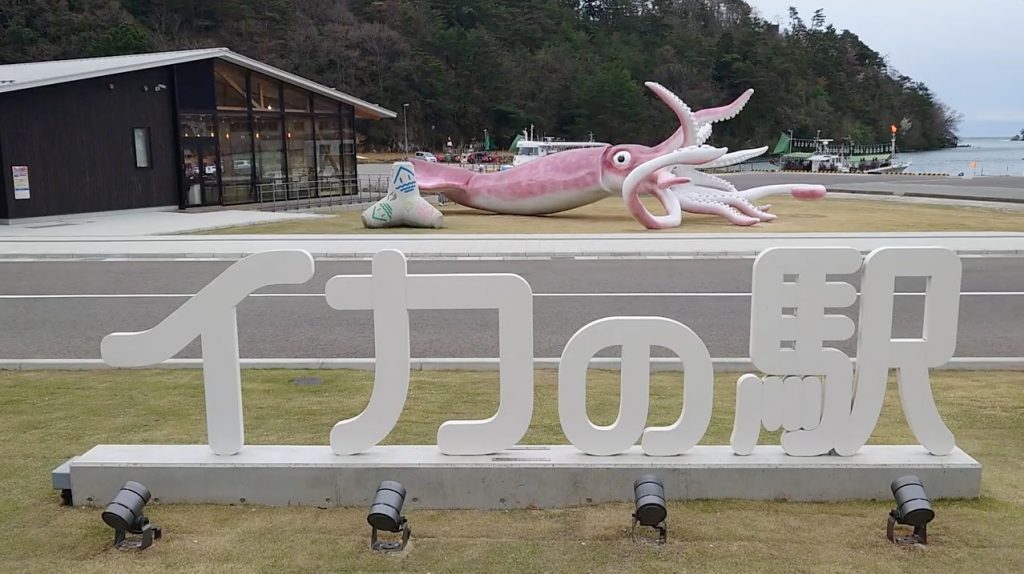 I spent all day thinking about how to write this article, just because of how silly and absurd it sounds: The Japanese city of Noto in the Ishikawa prefecture of Japan used their Coronavirus Economic Grant money (regional revitalization grant) to build a giant squid that you can climb inside.

The city is known country-wide for their absurdly delicious squid. This is what the local government apparently thought: ‘if we have a giant squid outside of one of our major train stations, it will bring more tourism to the town, resulting in more money from tourism’. Now call me crazy, but I personally would not want to travel to a town that has only a giant squid statue that I could crawl into.

The giant squid statue cost the city a whopping 27 million yen (approx. $241k USD), so the grant money (25 million yen) didn’t even cover the total cost. The city had to chip in two million yen of its own budget to have the damn thing built! The squid is on display outside of the Ika no Eki station.

I understand the logic behind the massive statue, but couldn’t that money have been better used elsewhere? I mean, 27 million yen is a lot of money, especially for a city as small as Noto (around twenty thousand residents).

There is a mixed bag of reactions from the residents of Noto: some are saying that it will help drive sales to their local commodity, while others think that there is absolutely no need for it. I guess only time will tell if the investment will offer an arm to the small city.