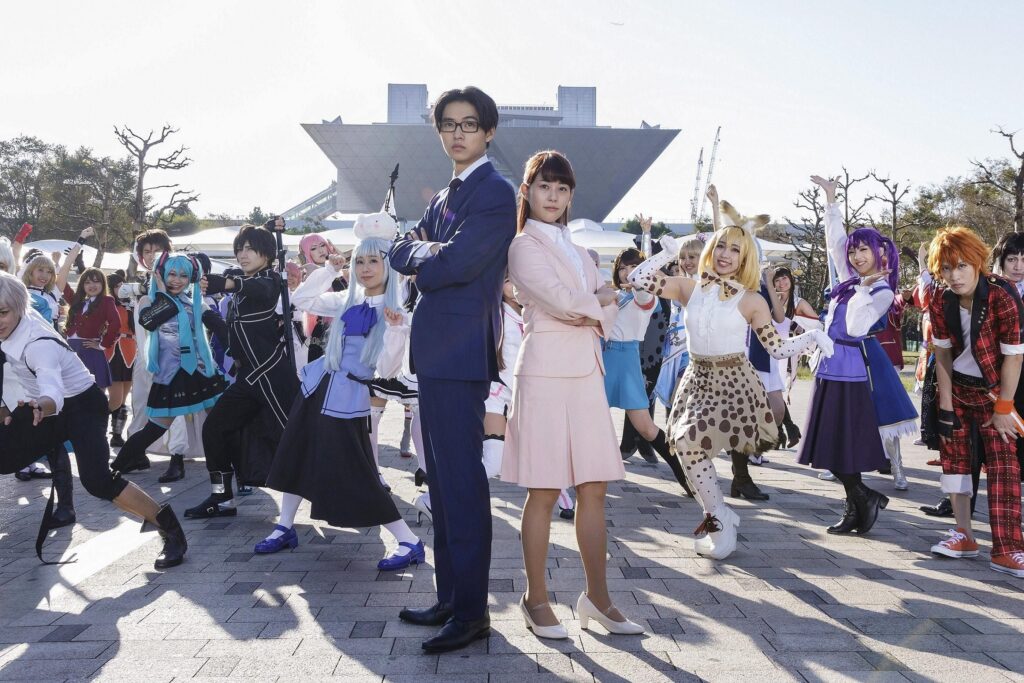 The Fantasia Film Festival is one of the largest film festivals in the world for genre films and is yet another in the long line of festivals making the jump online as a result of the COVID-19 pandemic for its 2020 rendition. The shift to a remote edition has fundamentally altered how many of these festivals operate, and the jump online has often resulted in lineups being scaled down or altered due to licensing restrictions.

Fantasia Film Festival 2020 has managed to retain its massive lineup of films for this year’s online edition, with a huge variety of films on offer. Ahead of this year’s event, which runs from August 20th until September 2nd, we thought we’d run through the big Japanese films to watch this time around.

Please note that, although this year’s event is an online event, it is still operating like an in-person festival with timed screenings and limited tickets. If any film catches your eye, make sure to get tickets early and keep the time in mind to avoid missing out.

Wotakoi: Love is Hard For an Otaku

Perhaps one of the most interesting anime and manga adaptations in recent years would have to be Wotakoi: Love is Hard For an Otaku, mostly due to how they chose to adapt the source material to the big screen. While not the first time a manga has been adapted to the big screen in this manner (Sion Sono’s Tokyo Tribe comes to mind), Wotakoi stands out for one reason: it’s a musical.

It certainly helps the story stand out when put alongside the other interpretations of this otaku love story. Rather than adapting the story of childhood friends and coworkers Hirotaka and Narumi’s hidden love for anime and video games that blossoms into real love straight, the decision was made to transform the story into a big-budget movie musical. Events like Comiket are turned into musical numbers filled with large supporting casts of cosplayers.

Wotakoi: Love is Hard For an Otaku will be screened during Fantasia Film Festival 2020 on Friday, August 28th at 7:15pm EDT

In a large tonal shift from Wotakoi, No Longer Human is a risqué biopic about the life of Japanese literary great Osamu Dazai, named after his most famous book. His life is the perfect backdrop for a more scandalous film considering his well-known activities as a womanizer with questionable morality, and in this regard, there’s perhaps no filmmaker better suited to handle a portrayal of this man than filmmaker and photographer Mika Ninagawa, whose saturated hyper-reality fits the subject.

This film chooses to focus less on the author’s depression, alcoholism and other issues to focus closely on the author’s romantic affairs (the film’s Japanese subtitle is ‘Osamu Dazai and the Three Women’), using the director’s unique art direction to exaggerate the author’s love life. The film predominantly focuses on the toxic relationship formed between Osamu Dazai and a young woman called Tomie, and the impact it has on both of their lives.

With a star-filled cast and following a strong box-office reception in Japan upon its release at the end of last year, this film is one to watch at Fantasia Film Festival 2020. No Longer Human is an on-demand film at the event and will be available for the duration of the festival.

Makoto Tezuka’s filmography has included everything from cheesy 80s musicals like The Legend of the Stardust Brothers to retro-futuristic dystopian films like Hakuchi: The Innocent. The son of legendary mangaka Osamu Tezuka, his latest film, Tezuka’s Barbara, is a moody adaptation of the author’s controversial adult manga of the same name.

One night, novelist Yosuke Mikura encounters a young woman named Barbara in an overpass tunnel. He decides to bring her home after hearing her recite Verlaine’s ‘Chanson d’automne’, which is the start of a sexual relationship between the flirtatious Barbara and Mikura, a guy who, despite his status, is lacking in confidence and many other departments.

In fitting with the film’s more adult stylings, Makoto Tezuka’s adaptation mixes Pinku film stylings with an examination of the creative impulse itself. For sure, this is one of the films to check out at Fantasia Film Festival 2020, to see how Makoto Tezuka succeeds at adapting his father’s work.

Tezuka’s Barbara will be screened on Tuesday, August 25th at 9:30pm EDT.

With the number of big-name films being shown at this year’s event, it’s easy for more off-beat and obscure experiences to fall through the cracks. One such film is Project Dreams: How to Build Mazinger Z’s Hanger, a charming film and international premiere at Fantasia Film Festival 2020 with a comedic focus on legacy and tribute.

The Mazinger Z anime directed by Go Nagai is one of the most iconic anime series of all time, an anime whose influence can still be felt today both inside and outside of Japan. This film centers on the marketing team at the Maeda Corporation when the team’s marketing director Asegawa asks his team to put together a detailed plan on the potential construction of the Mazinger Z hanger, even though no such robot exists and the creation of the hanger will likely never happen.

Based on a true story and real planning document from the Maeda Corporation, this comedy stands out as an intriguing alternative to other films at the event. With an established director on the film who’s also working on the upcoming adaptation of Keep Your Hands Off the Eizouken and a script from Makoto Ueda, who wrote the screenplays for Masaki Yuasa’s Night is Short, Walk on Girl as well as Penguin Highway, I’m interested to see if they could turn this unlikely concept into an entertaining film.

Project Dreams: How to Build Mazinger Z’s Hanger will be screened during Fantasia Film Festival 2020 on Saturday, August 29th at 7:15pm EDT.

The final film I want to recommend is one isn’t even a feature film. Instead, it’s a stop-motion animated short based on a Japanese folk tale. Nevertheless, I think you’ll find this film is well worth checking out if you get the chance, as the short ended up being one of the best films I saw in 2019.

Gon, The Little Fox won a few different awards at various film festivals and was unfortunately overlooked for the shortlist for the Oscars short film category at last year’s event. Gon is an orphaned-yet-playful fox who notices a young boy named Hyoju upset after losing his mother. In secret, the fox brings small gifts to the boy every day.

What makes this short stand out is the use of natural materials to create its environments and characters, giving the film a unique and beautiful look that draws you into its story. Which only makes its gut-wrenching ending harder to take.

Gon, The Little Fox is being screened at the event as part of a 2-film bundle with the live-action film The Travelling Cat Chronicles, a story about a man named Satoru who adopts a stray cat but is forced to give the cat away. Together, the films look to form a double bill of emotional tearjerkers, and both films will be available on-demand for the duration of Fantasia Film Festival 2020.

Other Films to Watch

And that’s before we get into screenings of Kakegurui and Fly Me to the Saitama, two popular recent anime and manga adaptations that are being shown on-demand during this event, or Life Untitled, a debut film from director Kana Yamada. Outside of the festival’s slate of Japanese films, there are several exciting films being shown at the event that would make it almost impossible to catch everything.