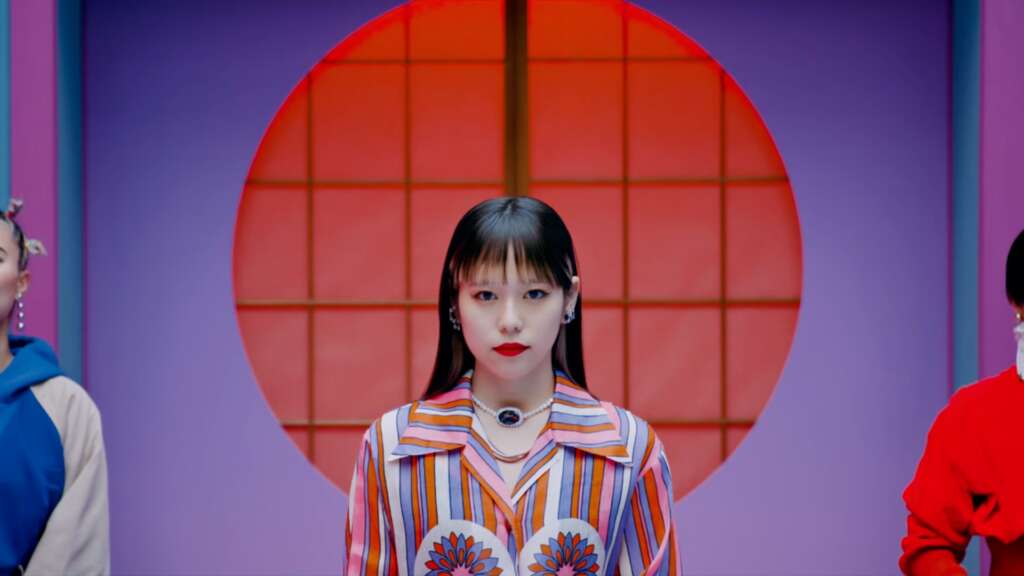 OTAQUEST contributor Patrick St. Michel runs an email newsletter called Make Believe Mailer, an offshoot of his decade-long blog Make Believe Melodies. Every week, he shares essays and round-ups of new Japanese music, from J-pop to independent releases. For the final time, he offers a sort of best-of from the month, highlighting Japanese songs worth your time and other developments in the world of Japanese music.

Nobody is making better dance music in Japan right now than Guchon.

The netlabel staple and all-around fun dude has spent the last 12 months hop-scotching around styles, running from vibed-out house daydreams to Miami bass flexes. Pineapple Groove sets course to Parisian coasts, going full filter house over the trio of tracks featured here. Maybe it’s the feeling of being cooped up during winter months or recent work-related stresses, but Pineapple Groove feels especially cathartic right now, even if I can only experience tapping my foot in a work office. Here’s short cuts and repetition exploited perfectly, something like the title tune never being slow but still managing a worthy rise to full ecstasy once those vocal samples come in. Just a blast, which is Guchon’s standard operating mode. Listen above.

It takes real talent to turn a world like “itadakimasu” into pure pop candy, yet Miyuna makes it sound so natural. “Chodai” features a just-right mix of elements — pizzicato notes opening the song, ample use of vocal effects, especially a particularly tasty talk box in the back, and extended food metaphors / just a celebration of culinary delights, Miyuna just sounds legitimately hungry at times. Any of these decisions could have probably carried a song, but Miyuna blends them all together into something subtly delirious…and secretly heavy, as the guitar-assisted breakdown reveals. That’s just another layer balanced just right. Listen above.

Can you feel it? Can you feel the gloom hanging over J-pop slowly starting to break up a bit, like fog clearing away from the coast to reveal a sunny day? It’s happening, and while Anna Takeuchi’s latest might not be the blockbuster tune to propel Japan’s musical vibe shift, it certainly points to where the mood is heading. Big, organ-supported clap-a-long brightness with a groove YUKI would love, all supported by a liquid vocal performance from Takeuchi herself. Listen above.

Here’s the best case scenario for Wednesday Campanella 2.0. While it’s still a bit hard to personally embrace this reboot — which found original vocalist and animating force KOM_I replaced by new vocalist Utaha — “Maneki-Neko” hints at the best route moving forward. As touched on before, it’s all about putting the focus on Utaha’s singing and not spending too much time on rap (where KOM_I was clearly better). “Manek-Neko” actually does something I didn’t think was possible…offer up a song where Utaha fits better than KOM_I probably would, with that swift hook built just right for her lighter, more controlled delivery. Producer Kenmochi Hidefumi fills out the rest of the song with all kinds of great breaks and details (the little breezy melody that floats in before the second chorus…fleeting prettiness). Alongside “Edison” — following a similar pattern but just a touch more boring to my ears — “Maneki-Neko” establishes a clearer sonic identity for the project. Listen above.

Rising Japanese underground artist e5 slows down on “Vitamin.” Her usually frantic approach turns to syrup, an effect all the clearer thanks to the digi-glow around her voice. It’s built to just soak in while reminding of e5’s greater worldview, both touching on a melancholy longing for something better and a rejection of commerce-first creation (like, straight up stating that art made with money in mind is shit which is…refreshing?). Listen above.

Thanks so much for reading this feature over the last few months. If you want to continue getting music highlights, interviews, and analyzes of Japanese music right in your inbox, sign up for Make Believe Mailer here.