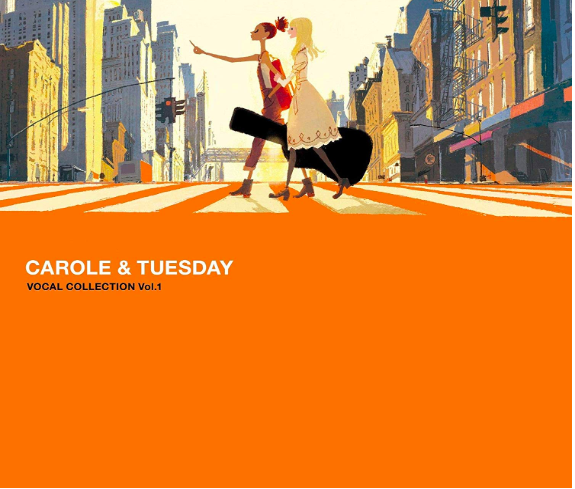 Lots of great Japanese music comes out every week, but keeping track of it all is a tough task. The folks at OTAQUEST want to help. In this series, we’ll cover new Japanese music highlights from various areas of the industry over the past seven days worth your time. This week: an all-star cast coming together to create songs about music, experimental soul, and a singer/songwriter trying to find their footing.

The music-centric anime series Carole & Tuesday brought together a heavyweight cast to create the songs featured on this compilation of numbers appearing in the show. It’s an international affair — producers include Mark Redito and Lido among many others — but for our purposes let’s zoom in on the Japanese contributors. Taku Takahashi and YUC’e bring harder hitting beats on “Who am I the Greatest” and “Bulldog Anthem” respectively, while G.Rina pops up twice to construct retro-tinged dance pop numbers that prove to be among the most loose-limbed here. Connecting all the numbers here is a celebration of the very idea of music, which makes sense given the show it comes from. Even if you haven’t caught up with the show proper (cough cough, like me), this one’s a strong listen. Check it out above.

WONK lays down locked-in grooves that reveal stranger details around the margins. The Moon Dance EP captures the group’s approach well with laid-back numbers hiding (ahem) wonkier details underneath. Previously shared number “Orange Mug” remains as effective as it was when it first emerged, while “Sweeter, More Bitter” uses some disorienting electronic details to add tension to an otherwise skippy horn-accented skip-a-long. Still, don’t let the experimental touches make you uneasy, because WONK makes sure that the chiller side of their sound comes through most clearly. Listen above.

Opening yourself to other voices can be a great move. Audio and visual artist VIDEOTAPEMUSIC hits on his musical high-point with The Secret Life Of VIDEOTAPEMUSIC by bringing in plenty of guests both from Japan and across Asia. The songs he creates on his own strike a nice balance between nostalgia-gazing and exotica-lite, but when other singers come in they elevate the material to another level, adding a welcome sense of urgency and charm to the tracks. Read our original post here, or listen above.

Some artists bring a defined style to the table from their first proper release. Singer/songwriter Naz isn’t doing that with the Juqcy EP. This brief set finds the fledgling artist trying out a bunch of different styles out, never sticking to one and rather giving all a go. She works with half of WONK on the stomping soul of opener “White Lie” while Tomita Lab creates a woozier electronic sound to navigate on standout cut “Clear Skies.” She attempts folk pop, R&B and a Nancy Sinatra cover to round it out. Here’s a nice chance to catch an artist with talent trying a bunch out, and for the most part passing with all of it. Listen above.

Rapper ONJUICY links up with a strong cast of guests and producers to create a brief but joyful release via Trekkie Trax. The first number matches ONJUICY’s relaxed delivery with guest rapper YUNGYU’s spotlight-stealing sing-rap, while the second cut matches ONJUICY up with a rougher beat from Carpainter to create a slightly more aggressive number that might not be option one to relax or chill. Read our original post, or listen above.