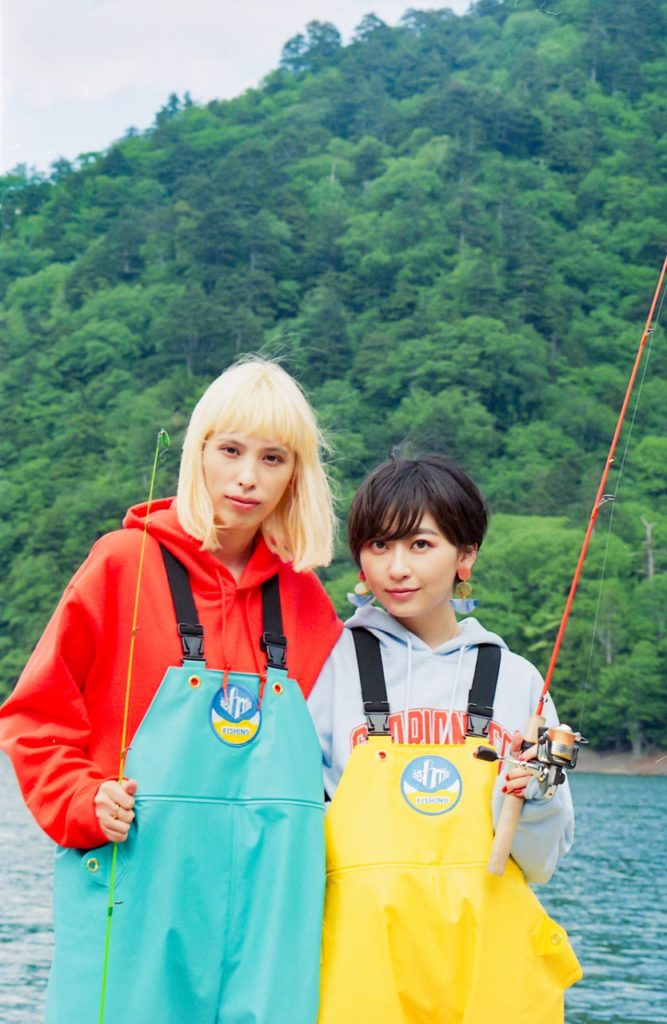 Lots of great Japanese music comes out every week, but keeping track of it all is a tough task. The folks at OTAQUEST want to help. In this series, we’ll cover new Japanese music highlights from various areas of the industry over the past seven days worth your time. This week: bright tag-team raps, an ultrapop magnum opus and one half of a weird hip-hop duo sobering up a tiny bit, published on August 26.

Sometimes you find critics who draw a sharp line between hip-hop and hip-hop with a “pop” spin on it. The latter is a bastardization of the prior, in their minds, and in some cases, it can feel like a bit of a mockery in the wrong hands. J-pop, however, has produced plenty of fresh reads on rap, wherein artists think about how they can make the genre fit what they do rather than play copycat with American acts. Duo chelmico deserve to be added to the list of Japanese artists taking an unorthodox angle on the style, and new album Fishing features some of their sharpest works to date. “Exit” is a fast-paced mutation that finds the two skipping over a delirious electronic creation, while “Balloon” reworks ‘90s boom-bap for a charming piano jog. They go all over the place and not everything lands — ”Beer Bear” leans too left-field even for chelmico — but even the duds carry tag-team energy that still makes them sounds like a good time. Which is what pop and rap should be about, you know? Listen above.

“Ultrapop” has been a concept Tokyo electronic producer Yoshino Yoshikawa has been playing around with over a series of releases for netlabels such as Maltine Records and Zoom Lens. Ultrapop, fittingly, serves as his magnum opus. That’s partially because he includes new versions of some of his finest creations in the form of “Yumetatsu Glider” and “Entertainer,” here tinkered with and, in the case of the first number, featuring vocals delivered by Yoshikawa himself. Yet this is really a testament to his idea of bright and busy synth-pop, here realized via ample amounts of vocal hiccups and chiming melodies. He’s also gathered an impressive set of guests to help out, featuring ONJUICY spitting cuddly fire on “RPG” and Yunovation adding some human warmth on the sweet “Taking Shelter.” Get it here, or listen above.

Consider this a sampler of Snail’s House. Love Magic finds the Tokyo producer drawing a little bit from all of their assorted series. The first three numbers here take the speedy, digi-manipulated singing found on their Alien Pop series and pairs these elements with acoustic guitar strums. That all peaks on the delirious “Pinky Promise,” one of the swiftest and catchiest tracks to come out of Snail’s House’s world to date. The back half veers closer to the Ordinary Songs formula of more atmospheric and intricate numbers guided by piano, though they get some speed into some passages there too. Read our original post, get it here or listen above.

Ryugo Ishida serves as one half of the rap group Yurufuwa Gang, a pair that caught attention for making oddball wrap about cars and McDonald’s items before getting swept up in a narcotized cloud that took them to some pretty vaporous places (while still being every bit as captivating, albeit in a “what the hell” is happening kind of way). Ishida’s new Tape Tape set finds him detoxing every so slightly, stepping out of the cloud that has engulfed him for some more straightforward rapping (save for a collab with Yurufuwa Gang accomplice NENE on the blissed-out “No Rooftop”). Despite being less wonky, Tape Tape remains strong thanks to how adept a rapper Ishida can be. Listen above.